Over the past 15 years, the lots in the 90 block of Edgewood’s Mayson Avenue have gone from a row of boarded-up bungalows, to empty concrete spaces occasionally used for overflow parking, to what now qualifies as a finished, boutique townhome community with (relatively) low entry points for the neighborhood.

The 98 Mayson Townhomes project, an infill development by Orion City Builders, finished construction on its second phase about six weeks ago. 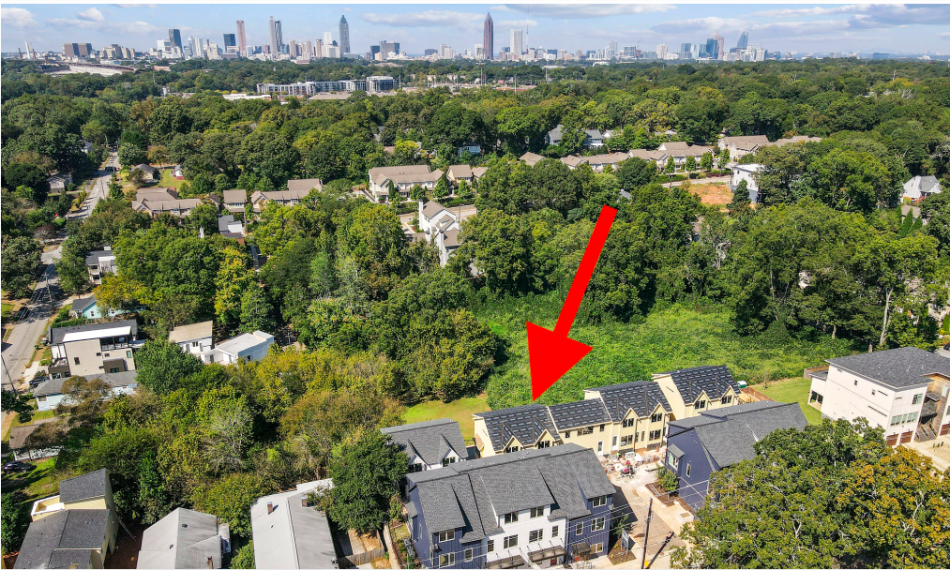 Priced between $436,900 and $440,900, the remaining three-story offerings are the least expensive new townhomes on the Edgewood market at the moment (without pending contracts), though nobody's going to accuse them of being gratuitously spacious. Those prices buy two bedrooms, two and ½ bathrooms, one-car garages, and a hair over 1,000 square feet, Kallio said. (The priciest listing is the final unsold end-unit.)

Closings began at the project last December. The priciest sale was a three-bedroom, four-bathroom end unit with 1,515 square feet that traded for $500,000 even that month, per Zillow data.

According to Kallio, 98 Mayson has brought “notable features you don't often see at this price point,” as she wrote in an email. 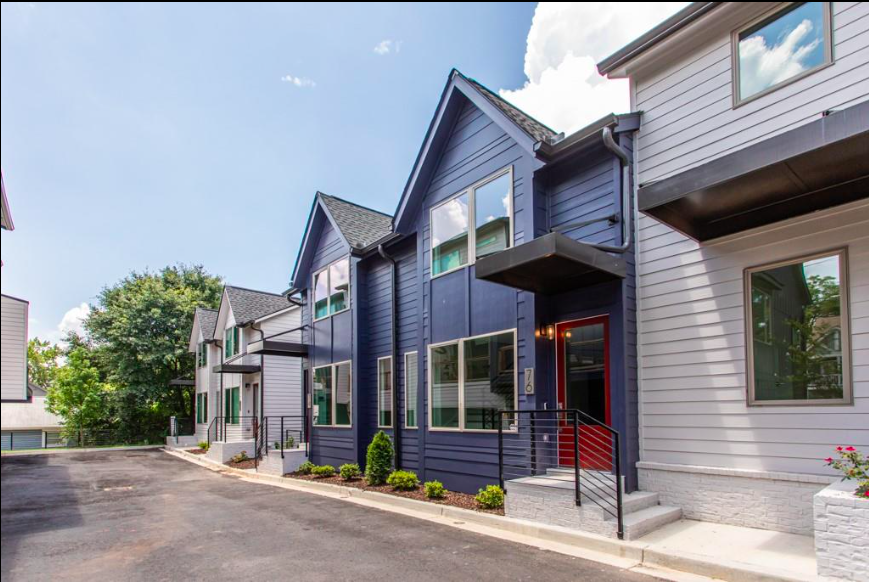 In terms of location, the project stands a couple of blocks south of the redeveloped Edgewood-Candler Park MARTA station, where hundreds of new apartments and office spaces have claimed former parking lots, and where two food-and-beverage concepts—a wine bar and sandwich restaurant by the team behind EAV’s Banshee—are expect to open in coming weeks, developers recently told Urbanize Atlanta.

Townhome marketers also point to the BeltLine in nearby Reynoldstown and the growing slate of attractions at Kirkwood’s Pullman Yard as perks.

Swing up to the gallery for more context and a closer look at how the 98 Mayson Townhomes project turned out.