If you’ve traveled Mason Avenue through Edgewood lately, you may have noticed the irony: A modest green bungalow with “Fight Gentrification” and other anti-establishment statements etched across its side is surrounded by new housing, homebuilding sites, and a recently opened police hub.

The brightly painted home at 80 Mayson Avenue, a statement in itself, has been described by local media as an “anarchist collective.” For years it’s been a lightning rod for controversy in the eastside neighborhood, and more recently the scene of shocking violence.

But supporters have also called the Teardown House, as it’s colloquially known, a key source of food distribution for lesser privileged Atlantans and an important canvas for political protests, railing against problems such as police brutality long before the summer of 2020. 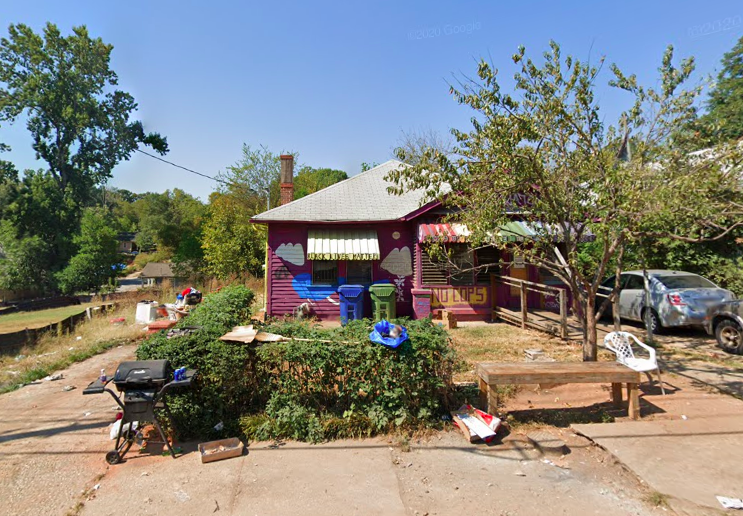 What can’t be argued is that the Teardown House finds itself in a changing Mayson Avenue context where modest bungalows mingle with towering modern duplexes and practically no corner looks like it did five years ago. Whether its damaging gentrification or revitalization—the theme of so many intown neighborhoods—is in the eye of the beholder.

One noticeable difference is at the corner of Mayson Avenue and Hardee Street opposite the Teardown House, where Atlanta police opened offices last October in what had been SB Family Store—aka “The Red Store.”

The goal, police officials said, was to confront a drug trade and gun violence that had gotten so bad some neighbors balked at walking the street. 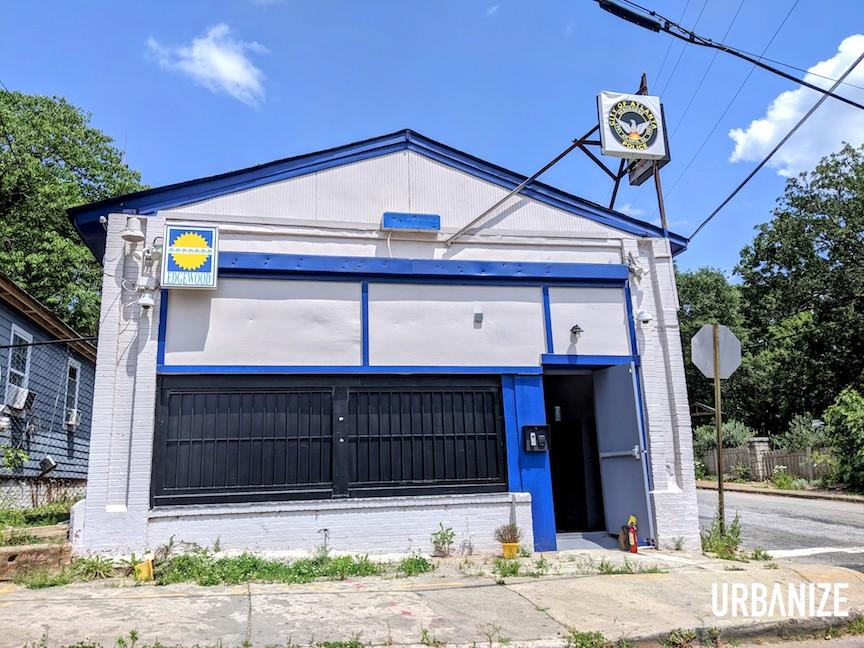 A low point for the Teardown House and its block came last summer.

A drive-by shooting one Saturday evening in June left two people dead and five others injured when someone in a black pick-up opened fire on a crowd outside the house, according to police. A homeowner on Mayson Avenue told authorities they heard 30 to 40 shots and found damage from a stray bullet in a guest bedroom, while other nearby residents reported their vehicles had been struck by gunfire.

The violence contradicted what Marlon Kautz, the home’s co-owner and member of activist organization Teardown Community, has said the Teardown House is all about. (Painted messages such as “Aspire” and “Love + Peace.” have joined more forceful declarations such as “Smash The State!” on the bungalow’s exterior.) 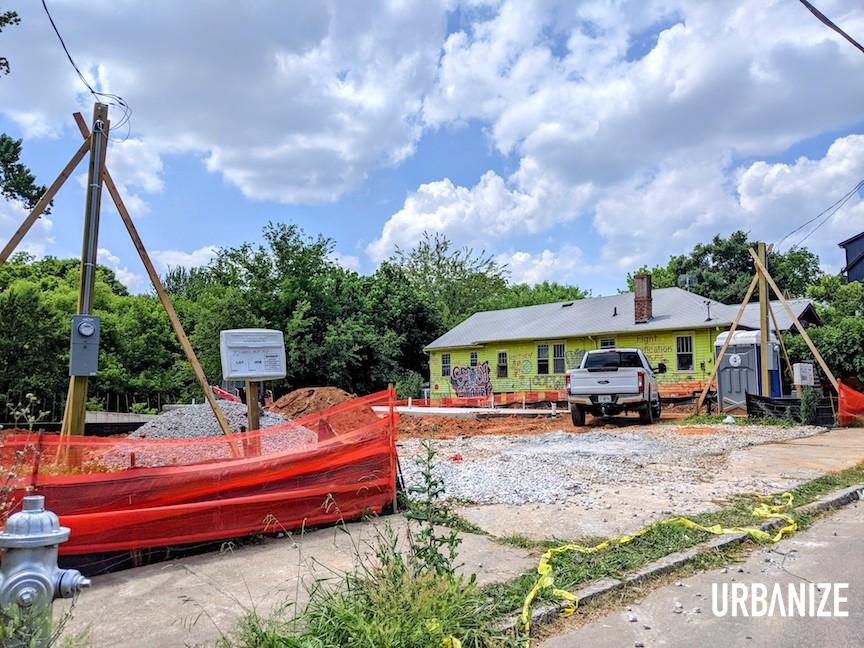 A congregation spot that doubled as a food-distribution point in Edgewood has been replaced with construction equipment. Josh Green/Urbanize Atlanta

“It’s a bunch of fancy words, but basically we help support social and protest movements that are trying to change society for the better,” Kautz said in January 2020. “We do work directly in the community, where we’re able to help people who are having a hard time, to promote a sense of people helping each other.” 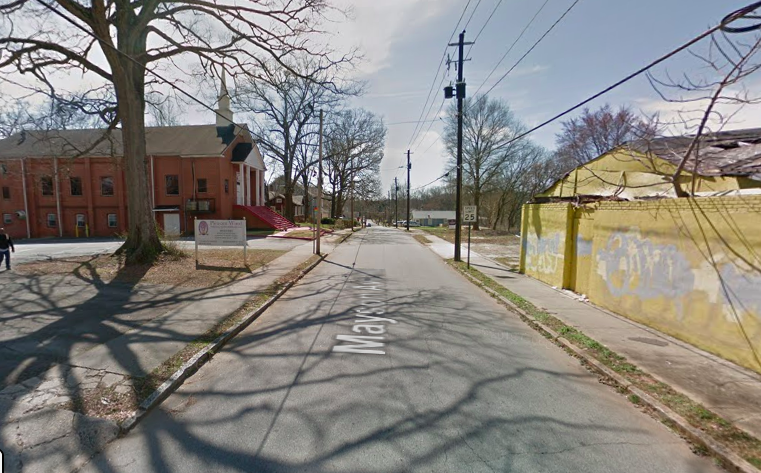 A different scene in 2016, when more land was vacant and Pleasant World Christian Center International stood at left. The property sold for $1.2 million in 2018 and was later cleared. Google Maps 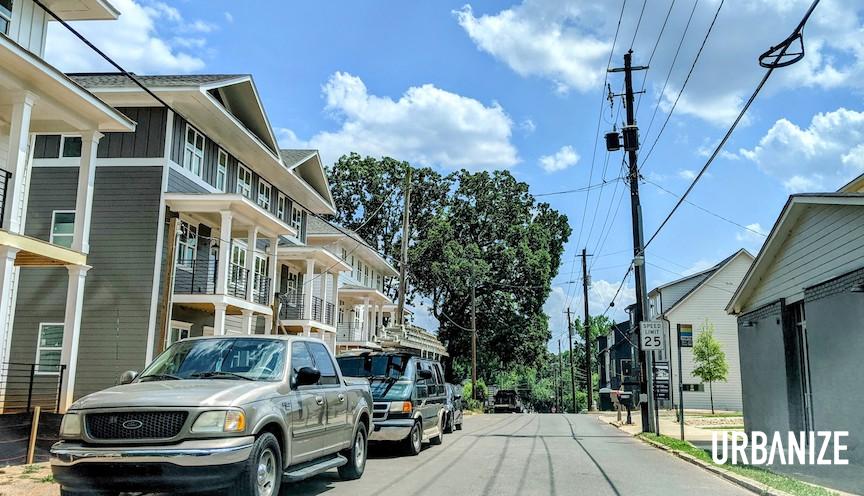 Construction along both sides of that stretch of Mayson Avenue today. Josh Green/Urbanize Atlanta

Just down the street, a project by Orion City Builders called 98 Mayson Townhomes has risen from vacant lots. Prices range from the $370,000s for two-bedroom homes with two and ½ bathrooms. Larger three-bedrooms start in the $470,000s.

Pretty soon, someone's kitchen is going to literally look down on the Teardown House. 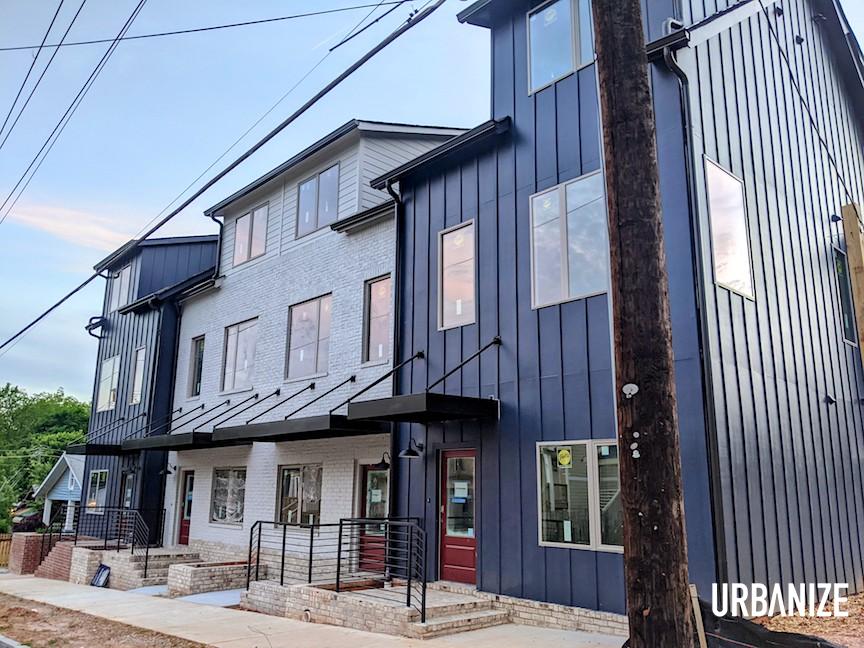 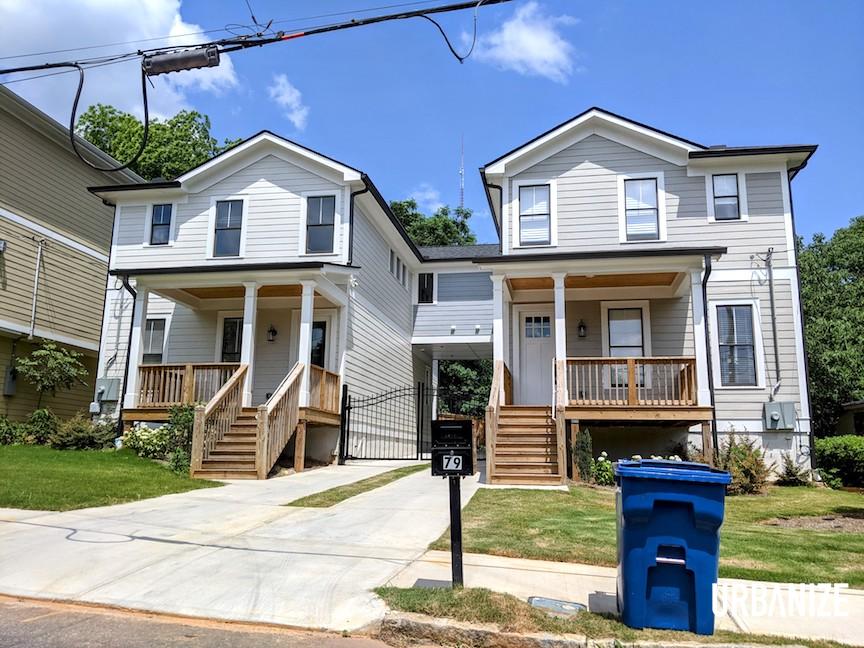 Two semi-attached dwellings across the street from the Teardown House built in 2019. Josh Green/Urbanize Atlanta 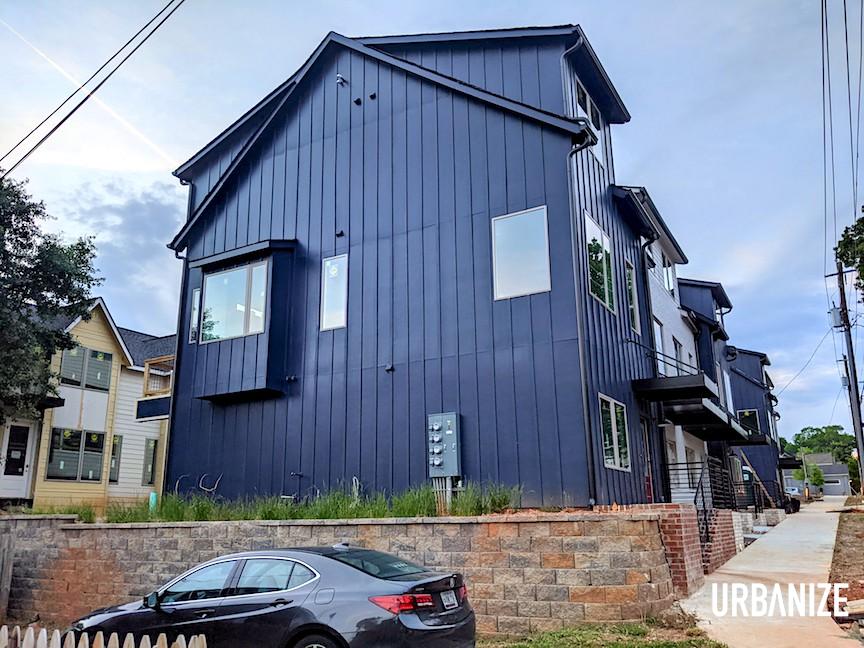 The flank of the townhome community overlooking the Teardown House. Josh Green/Urbanize Atlanta

A decade ago, Mayson Avenue was a bastion of affordability for homebuyers, with move-in ready bungalows available in the $100,000s.

Those prices have tripled in many cases, while larger homes on Mayson Avenue have traded for high into the $600,000s. The lone home for sale on the avenue right now asks $589,900 for three bedrooms in 1,875 square feet.

According to property records, the Teardown House itself last sold in 2009 for $60,000. 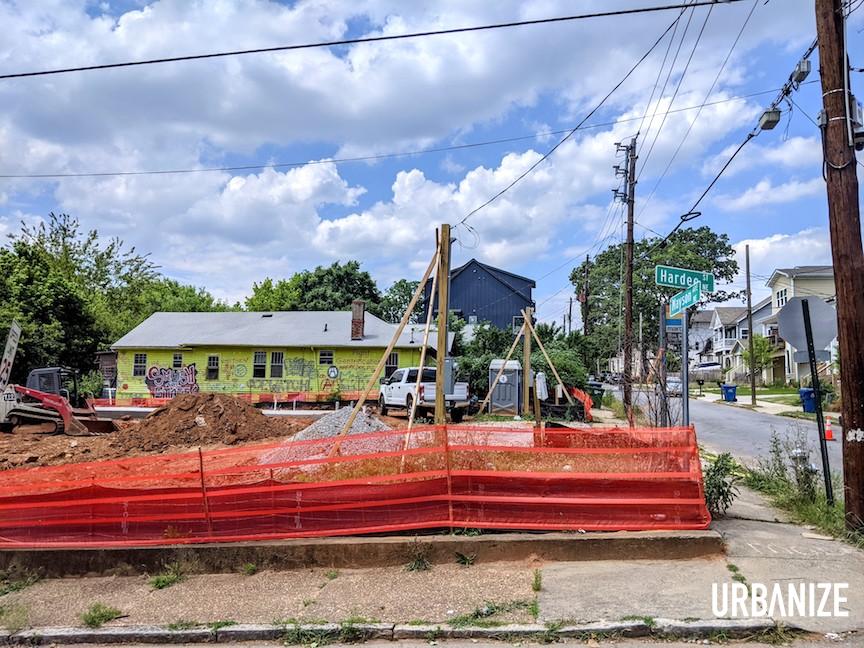 Home construction underway today at Mayson Avenue and Hardee Street, where a bungalow was torn down several years ago. Josh Green/Urbanize Atlanta