After breaking ground in spring 2021, the Georgia World Congress Center Authority’s long-planned major hotel component is beginning to make its mark on downtown’s skyline, as visible from virtually every direction.

The world’s first ground-up Signia by Hilton hotel has eclipsed the halfway point of vertical construction at a site off Northside Drive, just north of Mercedes-Benz Stadium. Once complete, it promises to dwarf Atlanta’s largest sports coliseum, at least in terms of sheer height.

As of last week, the project stood either 21 or 22 stories, by our count, as illustrated in the drone photography below. The hotel will eventually stand 40 stories.

UPDATE:, 1:16 p.m., November 15: Additional context from Georgia World Congress Center Authority officials today: “[Construction crews] are forming Level 25 at this point, so there are still a few more to go including the roof. Fun fact, when they get to Level 27 it will be exactly level with the height of Mercedes-Benz Stadium (minus the retractable roof). The full height of MBS with the roof corresponds to between Levels 31 and 32 of the hotel… Things are progressing well and on pace with a projected opening of January 2024.” 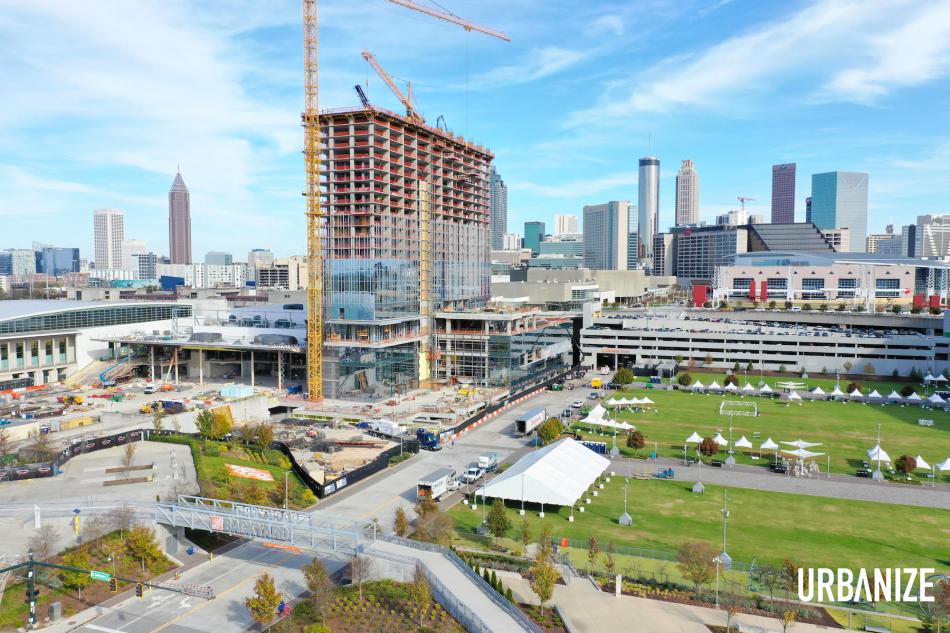 Facing east, the Signia by Hilton Atlanta project as of last week.

Plans call for the Signia building to be 436 feet tall, making it Atlanta’s fifth tallest all-hotel tower. For context, the city’s next tallest hotel—the 52-story, John Portman-designed Marriott Marquis on the flipside of downtown—stands about 120 feet higher.

The category is still led by the 73-story Westin Peachtree Plaza Hotel, another Portman building completed in 1976 that remains Atlanta’s fifth-tallest building overall.

The glassy, flat-topped Signia joins a groundswell of new construction activity around the Gulch this year, with much more expected in advance of the 2026 World Cup. 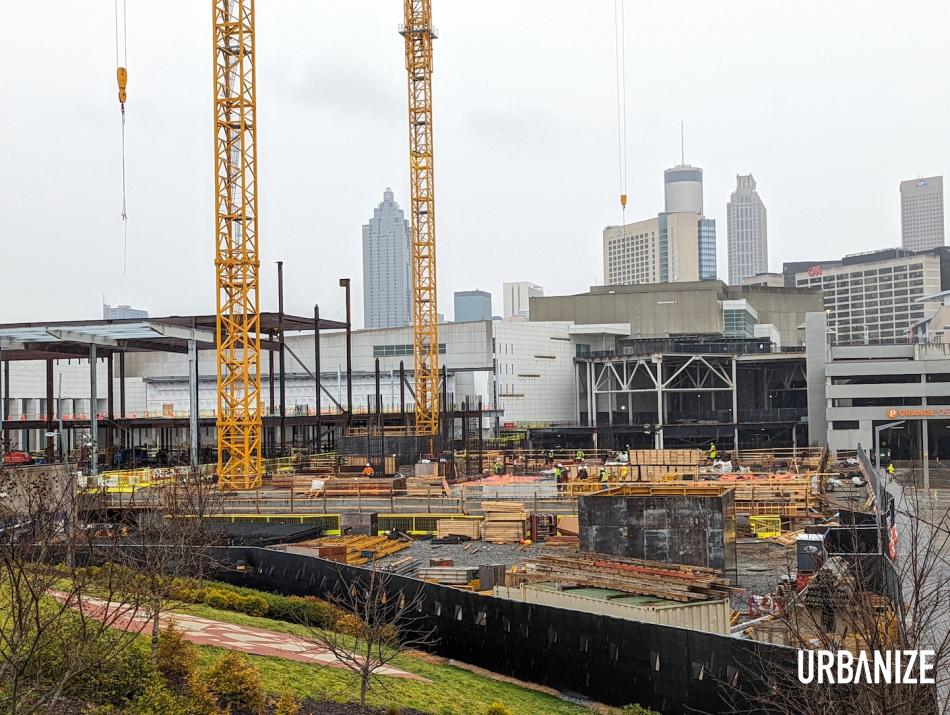 The state of the quickly rising Signia project in February, as vertical construction was beginning. Josh Green/Urbanize Atlanta 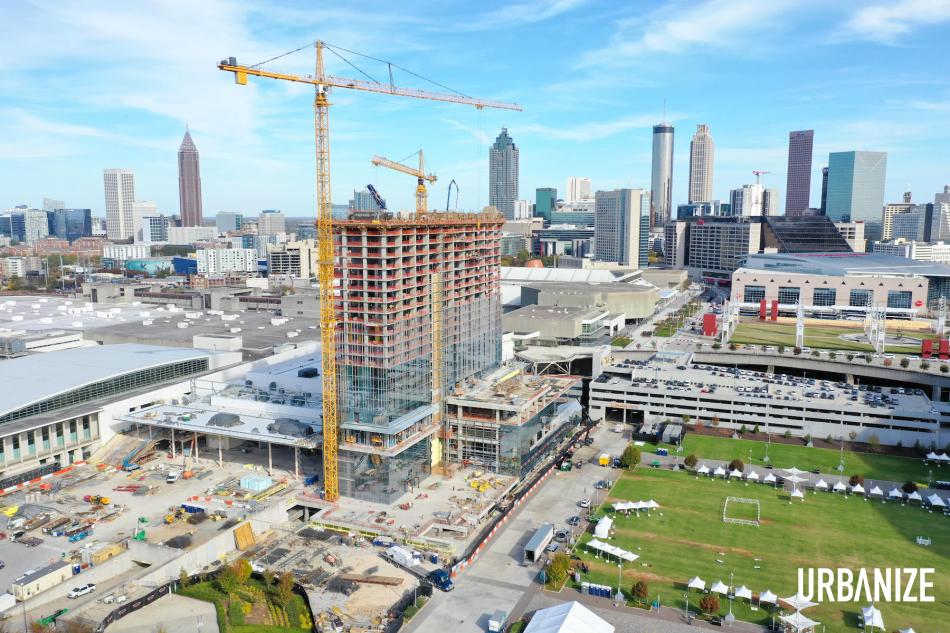 Rising over the Home Depot Backyard, the hotel will link with the GWCC by way of Building C at the Georgia Ballroom level.

The Gensler-designed hotel was on track to launch in late spring 2020, just after Atlanta’s planned NCAA Final Four basketball crowds had cleared out of downtown. But COVID-19 pandemic lockdowns and subsequent economic instability scuttled those plans.

The Signia project, which will be owned by GWCCA, also calls for 75,000 square feet of meeting space around the property, a restaurant, bar, and top-shelf wellness amenities, per Hilton. It will be the most visible part of the GWCCA’s 2020 Vision master plan, a sweeping campus redo.

See more renderings for how the Signia tower is expected to look and function in the gallery above. 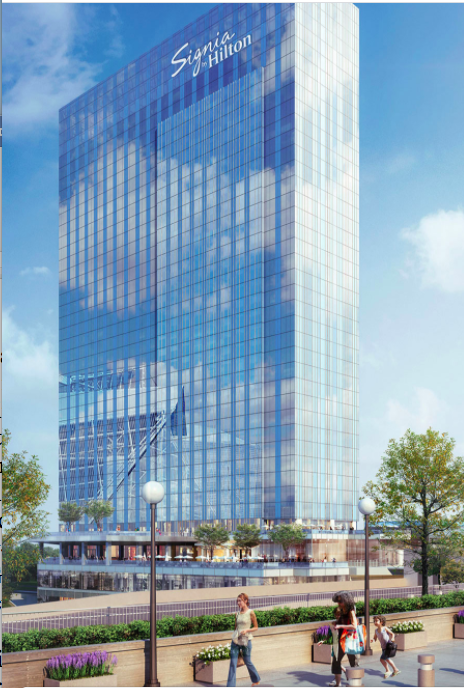