A year after construction began, a pedestrian-focused revamped of the Georgia World Congress Center’s front stoop is all but finished.

As first pitched in 2018, the new pedestrian mall extends a protected downtown corridor for non-motorists from Centennial Olympic Park, around CNN Center and State Farm Arena, to Mercedes-Benz Stadium and a forthcoming high-rise hotel. 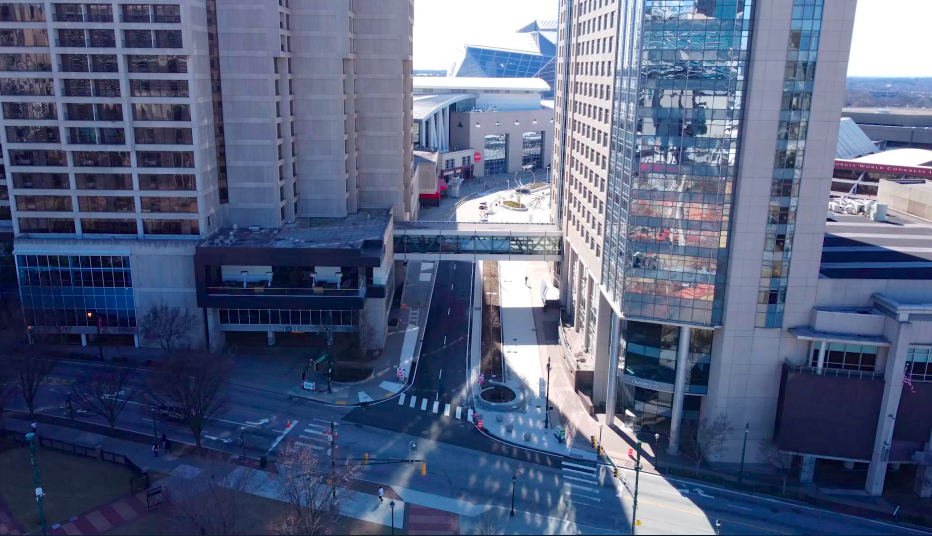 Just south of the pedestrian mall, a new $18-million transportation depot will act as a hub for dedicated bus, taxi, and ride-share options serving the stadium district. It’s intended to help relieve congestion in the Marietta Street corridor and improve general traffic conditions.

According to a presentation during a Georgia World Congress Center Authority board of governors meeting in late February, work on both the pedestrian corridor and transportation depot was 99 percent finished. 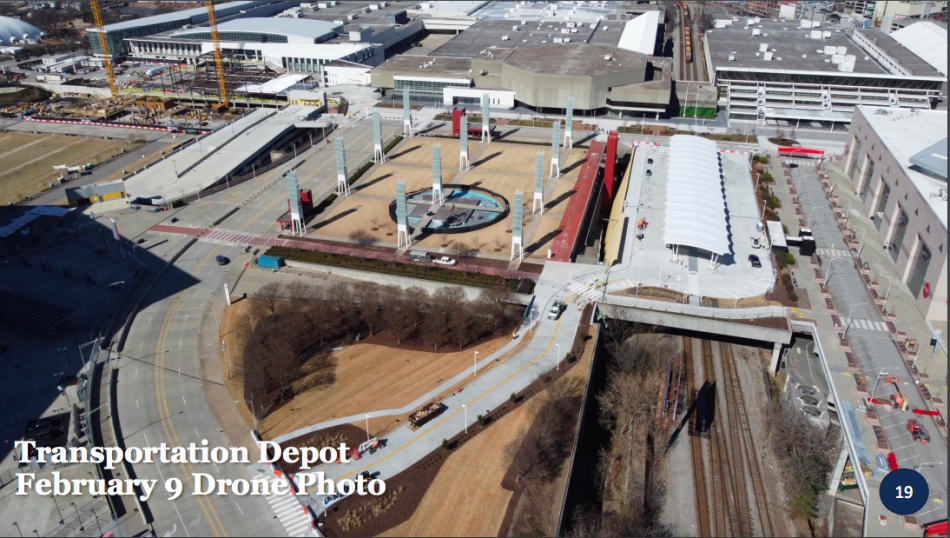 Head to the gallery for a photo tour of recent pedestrian-focused, traffic-calming changes in the area.