Infill development in the blocks around Ponce City Market is showing few signs of slowing down.

The latest proposal near the intersection of North Avenue and Boulevard calls for a seven-story, 50-unit building that would replace a standalone house. It could function as either apartments or for-sale condos, about two blocks up a steep hill from PCM, according to a Bull Realty marketing package.

Michael Wess, a partner with Bull Realty who represents the property owner, says the project is already properly zoned and expects to have land development permits in hand by April. It’s seeking a development team to take over, rather than being driven by developers themselves. 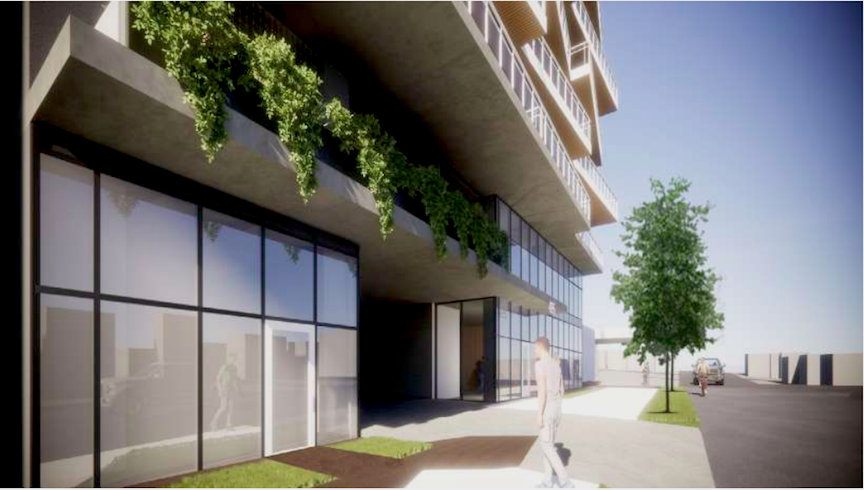 Renderings call for a modern-style design with wedge-shaped balconies over North Avenue, topped by a large deck with furniture zones, a small dog park, and what are described as “incredible city views.” Balconies would stair-step down in the back.

No retail is in the mix, but a glassy lobby area would front the street. The 65,400-square-foot building would sit atop a two-level parking deck with 38 spaces, largely masked from public view.

The .43-acre property is currently home to a 1920s bungalow, according to Fulton County property records. 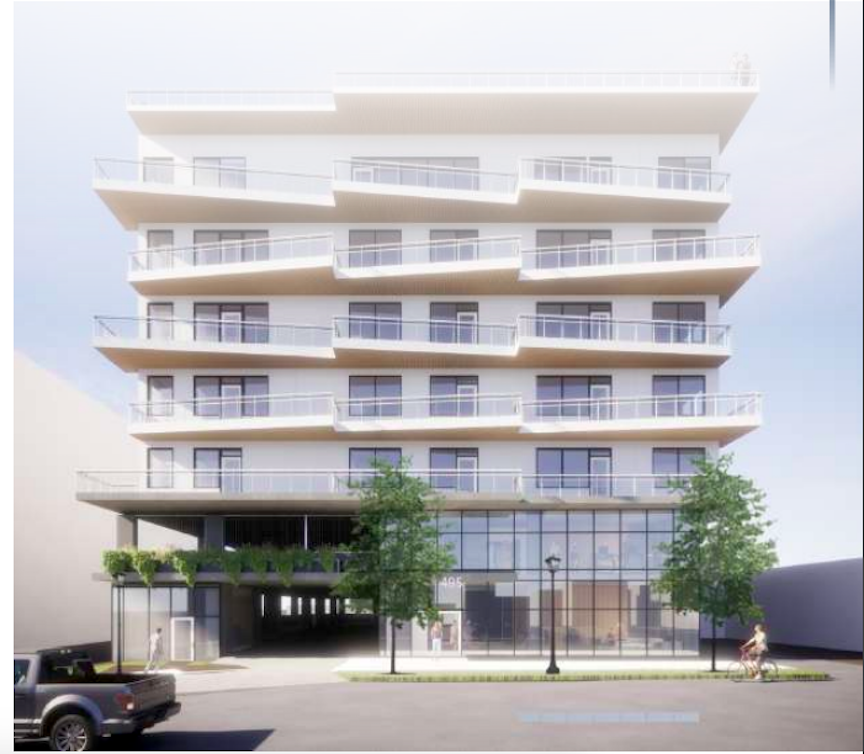 Plans for the seven-story building, which would be set upon 38 parking spaces. Courtesy of Bull Realty 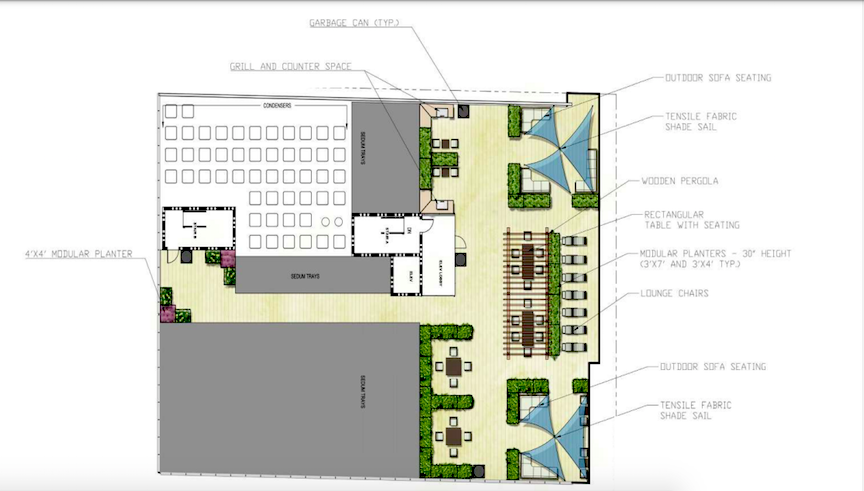 As Wess points out, the boutique building would rise across the street from where a dog boarding facility plans to remake a vacant medical facility into contemporary-style kennel, and where developer Braden Fellman Group has recently fenced-off the former Pinnacle Credit Union site where a mid-rise is in design. Bull Realty brokered both of those land deals, says Wess.

Immediately east of the property, the Novel O4W apartments opened several years ago. And around the corner on Boulevard, Wingate Companies is moving forward with an 88-unit affordable housing complex next to an Amoco gas station.

According to plans for 495 North Avenue, units in the building would range from studios up to a handful of three-bedrooms. Cited as perks are the property’s “Walker’s Paradise” Walk Score of 90 (hills included) and proximity to Piedmont Park and the BeltLine.

The property’s sales price hasn’t been made public.

Find more context and project renderings for 495 North Avenue in the gallery above.