Boulevard’s transition into a mecca of newer multifamily housing complexes is set to continue.

As part of efforts to bolster affordable housing options across the city, Atlanta’s economic development arm, Invest Atlanta, recently approved bond financing for two projects—one a ground-up new development, the other a rehab of existing units—in disparate parts of town.

According to City of Atlanta officials, those actions by Invest Atlanta’s board are expected to bankroll 308 housing units—242 of them renting at 60 percent of the area median income or less.

The new development would be the latest City Lights-branded installment along Boulevard by Boston-based Wingate Companies, called “Boulevard North” for short. 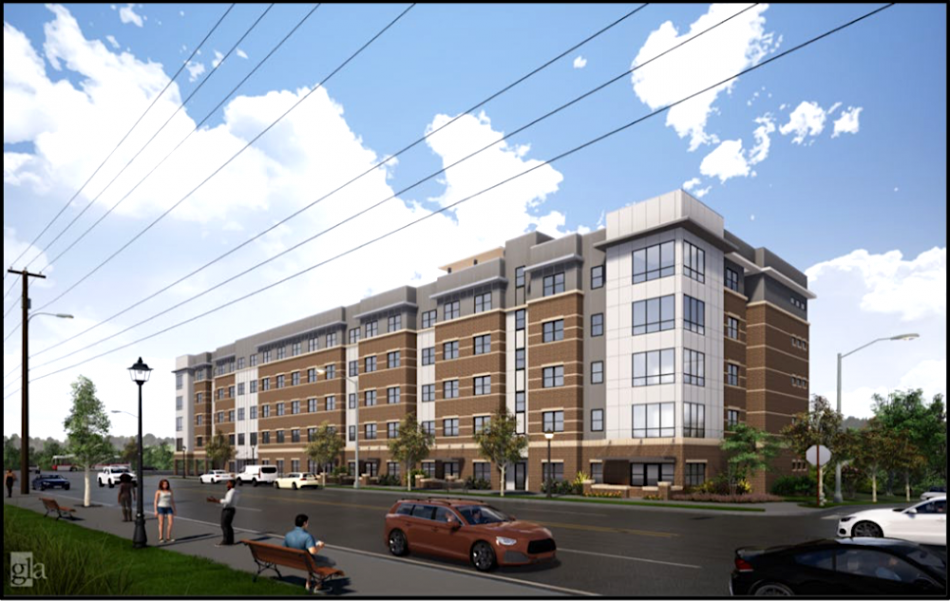 Spanning from 579 Boulevard to 495 Boulevard Place, the site is currently occupied by four apartment buildings, each standing two stories. It’s located immediately south of an Amoco gas station at the southeast corner of Boulevard and North Avenue.

Wingate’s plans call for a five-story building with 88 units facing Boulevard, with the bulk of apartments offering one or two bedrooms.

Invest Atlanta's board recently approved a $40-million lease purchase bond for the demolition of the current buildings and construction of their replacement. 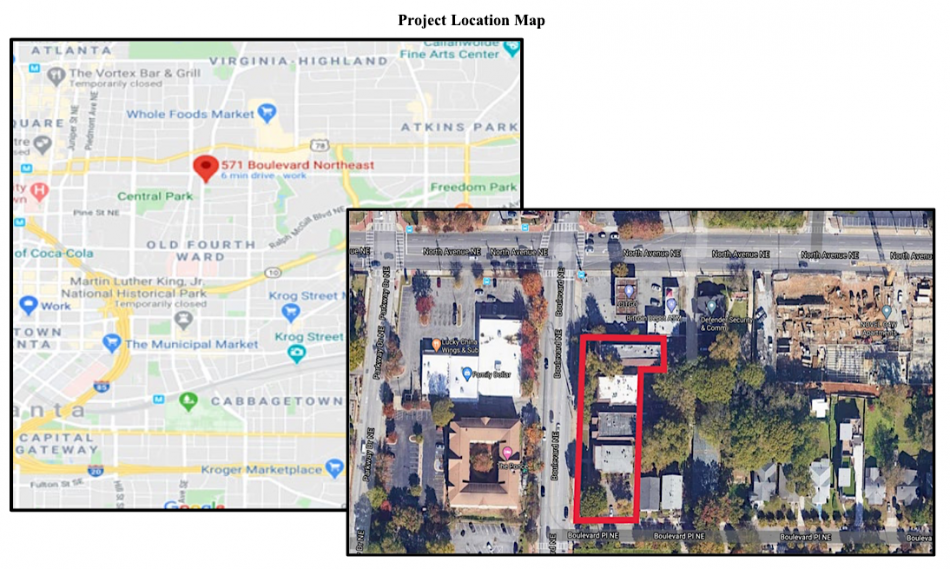 According to Invest Atlanta, the 88 new housing units will all be rented at rates attainable for households earning 60 percent of the area median income or less. That translates to the smallest studio units (549 square feet) going for $1,275 monthly and the largest three-bedroom options (1,143 square feet) for $1,900.

Invest Atlanta notes the development will be supported by HUD housing assistance, meaning residents won’t pay more than 30 percent of their income in rent.

Boulevard North amenities will include a central laundry facility on each floor, a fitness center, private courtyard, after-school programs, and a business center with computer stations. The location is also convenient to bus transportation, Invest Atlanta notes.

Construction is expected to take a year and ½, concluding sometime in 2024. 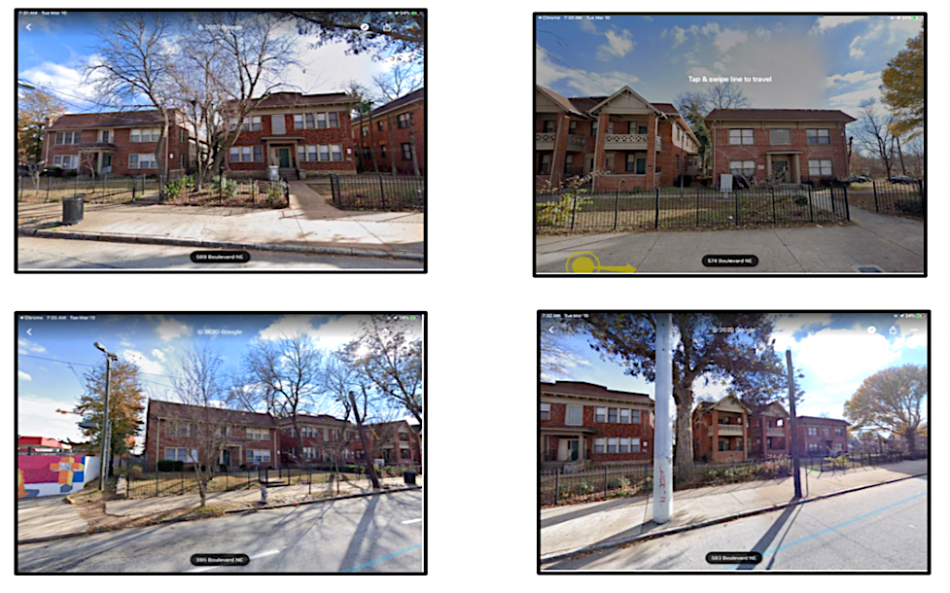 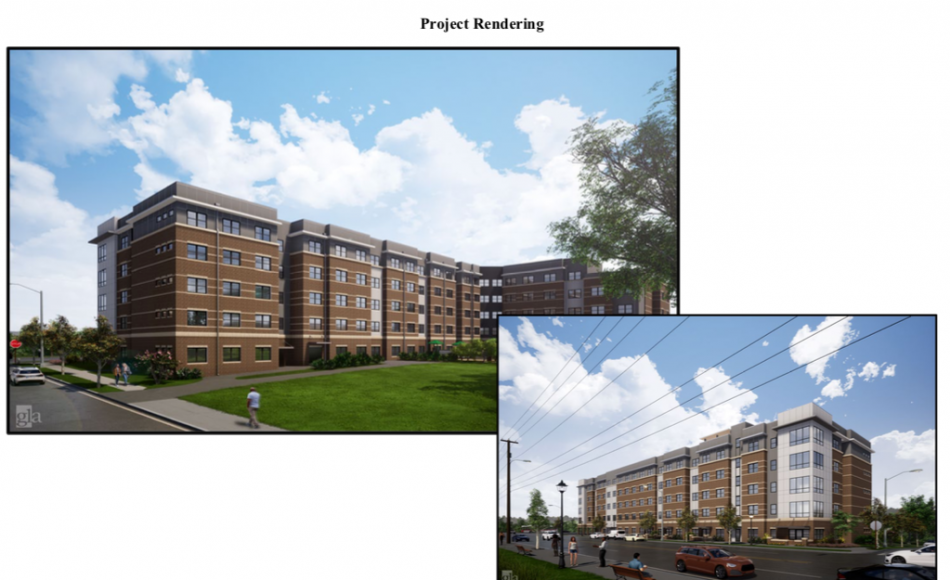 The complex counts nearly 700 apartments and is located just south of the Atlanta BeltLine’s Southside Trail, about a mile north of Lakewood Amphitheatre.

Half of the 220 units being targeted for affordable housing will rent at rates attainable for people earning 50 percent of the area median income or less. That means rents will range from $612 monthly for a one-bedroom apartment, up to $1,631 for a couple of four-bedroom options in the complex. Those residents won’t be required to pay rents higher than 30 percent of their income, per Invest Atlanta. 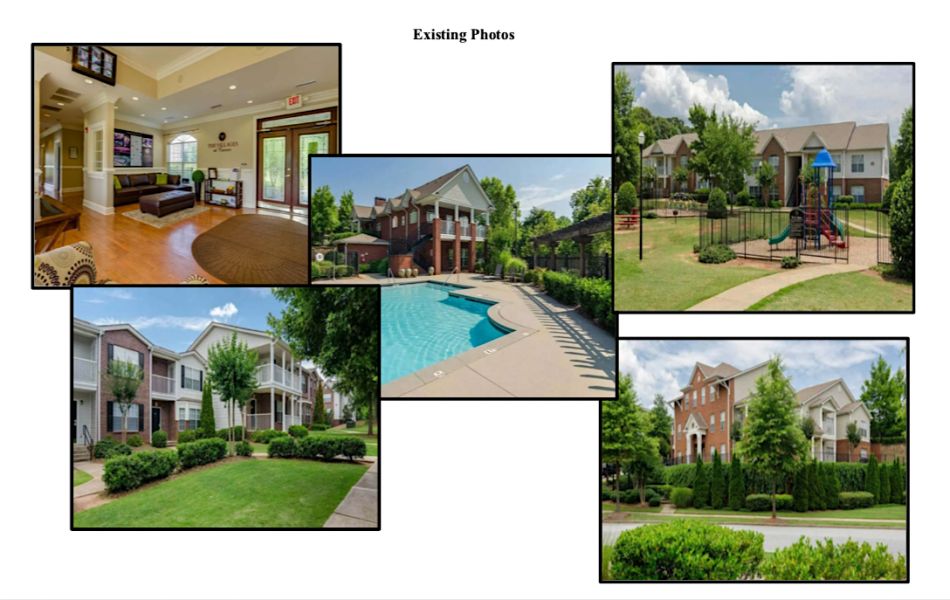 The Villages at Carver today. Courtesy of Invest Atlanta 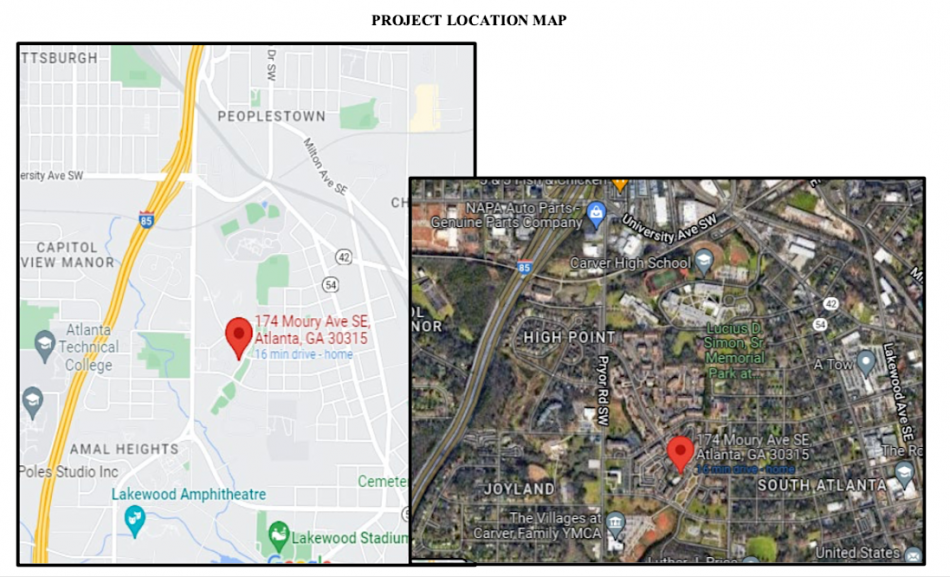 Elsewhere, 44 units will rent for 60 percent of the area median income, and the remaining 66 units at 70 percent AMI.

Villages at Carver amenities include after-school programs, a fitness center, swimming pool, business center, clubhouse, and other perks. Overall, the rehab project is expected to cost $39.4 million, financed primarily with a tax-exempt loan, per Invest Atlanta.

The community’s renovations are also expected to take 18 months, concluding sometime in 2024.

• Affordable housing news from around the city (Urbanize Atlanta)