Development wonks of Atlanta can officially take a chill pill when it comes to one facet of Old Fourth Ward’s construction frenzy.

New fencing recently spotted around a steeply sloped block of North Avenue, located just west of Ponce City Market and the BeltLine, had ATL urbanists declaring another large-scale project underway in an area that’s been molten for a decade. Not so fast.

The three-parcel site at 536 North Avenue, most recently home to Pinnacle Credit Union, is sandwiched between a parking garage and single-family homes on Kennesaw Avenue. The banking operation recently moved out, and Atlanta-based developer Braden Fellman Group has erected fencing around the site as a means “to stop people from breaking into the property now that the bank has left,” according to company principal Andrew Braden.

So construction fencing it is not. At least not yet.

“We are working through design,” Braden wrote to Urbanize Atlanta via email this week. “Still nothing to provide other than what was submitted previously [for approval, earlier this year].” 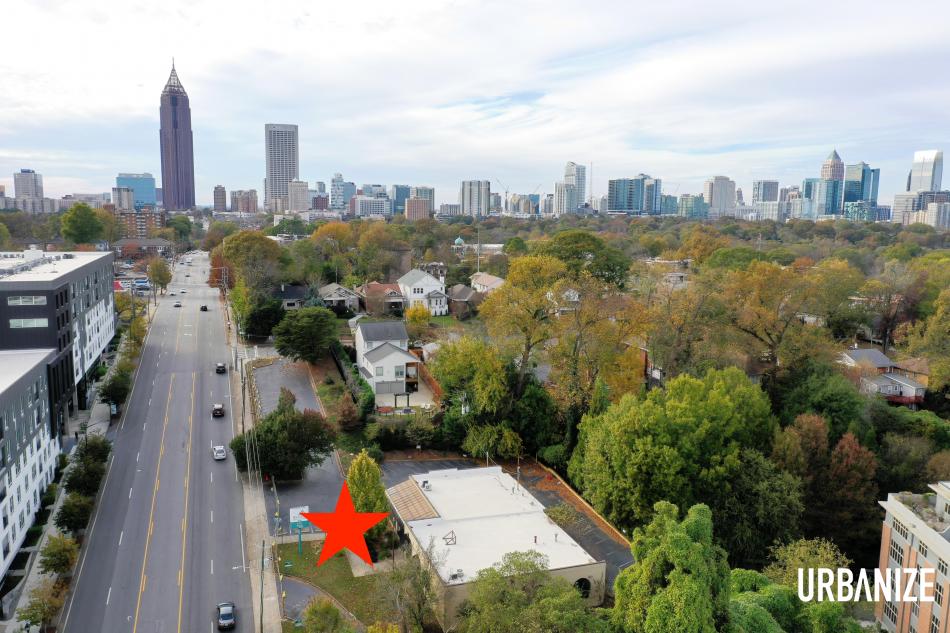 Braden Fellman Group filed for permits in April to develop a 195-unit apartment mid-rise on the site.

The building would total 179,690 square feet with a 193-space parking garage below the apartments, according to those plans. Ten percent of the rentals, or roughly 20 units, would be reserved for tenants earning 60 percent of the area median income or less, to comply with BeltLine Inclusionary Zoning rules. Renderings indicate the apartments would climb about 14 stories on the hatchet-shaped site, topped with a pool.

Another facet of the project would be a 1,600-square-foot retail space to house the property’s current owner, Atlanta Teachers Credit Union, according to building permit filings. 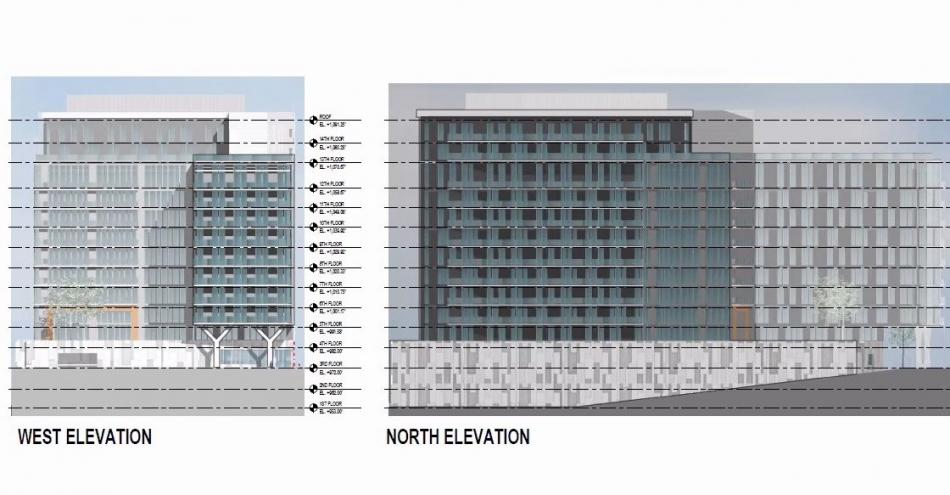 Braden Fellman Group counts lofts and apartment communities in its portfolio across Atlanta. More recent projects include the conversion of a downtown church into lofts, and the adaptive-reuse revival of the Abrams Fixture Corporation complex in Adair Park. Maryland-based SK+1 Architecture has been tapped to design the North Avenue development. Its past projects in Atlanta include Modera Midtown, overlooking the Connector, and Modera Prominence in Buckhead.

The site has almost 350 feet of frontage on North Avenue. According to Bull Realty, which listed the property for $7 million last year, it’s been approved for both residential and commercial uses.

The project would continue an O4W development influx in blocks between Boulevard and the BeltLine. That includes a 308-unit apartment venture (largely affordable housing) in the works about two blocks away, and two new 21-story residential towers under construction as part of Ponce City Market’s second phase. 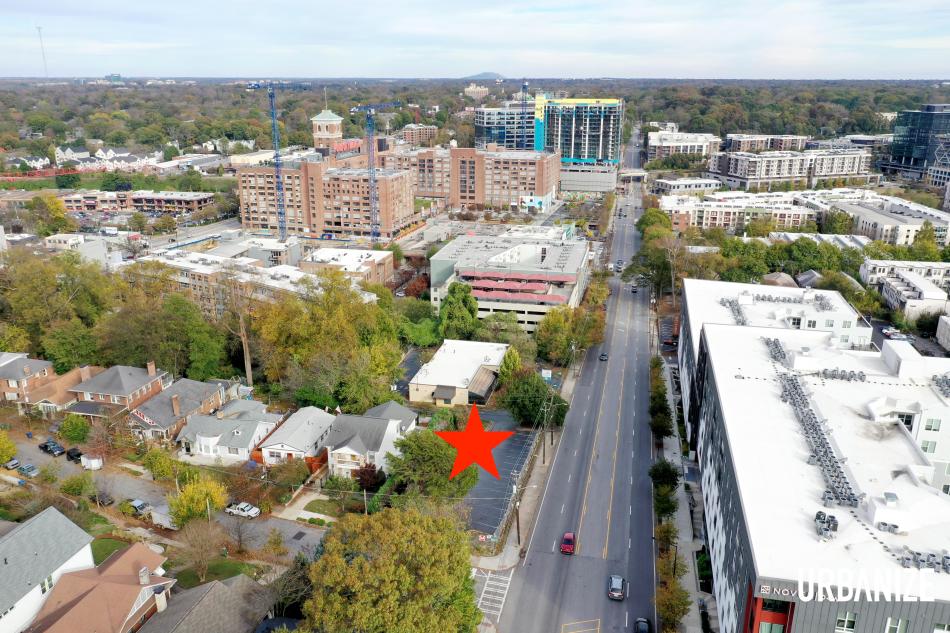 The site's proximity to Ponce City Market and development near the BeltLine's Eastside Trail.