[CLARIFICATION: Following publication of this story, BeltLine press officials reached out with clarifications regarding construction specifics and nuances; the start date in late October or early November could mean that a contractor is granted a Notice to Proceed (NTP) to begin "construction activities"—but "it could still be several months before [BeltLine officials] close down the trail," we're told. And contrary to earlier estimates, the construction of Southside Trail Segments 4 and 5 is now expected to take roughly two years, not one.]

If you haven’t visited the rugged but handy Atlanta BeltLine corridor just south of Glenwood Park, you might want to free time for a visit, as it appears construction that will render the corridor off-limits is finally, truly on the horizon.

The unpaved Southside Trail section between Glenwood Avenue and Boulevard—Segments 4 and 5—has moved into the shovel-ready phase, meaning that all utility relocation work, real estate transactions, and needed permitting has wrapped. According to the BeltLine’s most recent construction update, brownfield remediation work in the area is now also complete.

That means an invitation for contractors to bid on the project, in hopes of securing the job, has the green-light and is scheduled to be released in mid-August.

BeltLine officials expect to select a contractor and break ground on this highly anticipated piece of the loop in—wait for it—either late October or early November. (Work to relocate fiber lines in the corridor continues but is scheduled to finish prior to groundbreaking, according to the BeltLine.)

The scope of the 1.2-mile project includes rebuilding the United Avenue bridge, a terribly annoying gap in the corridor, especially for bicyclists, as is.

Once Segments 4 and 5 open, BeltLine users will be able to travel from Piedmont Park down to Boulevard, south of Zoo Atlanta, on a contiguously paved and protected multi-use trail. (It will also stitch back together Grant Park, Ormewood Park, and Boulevard Heights neighborhoods.) 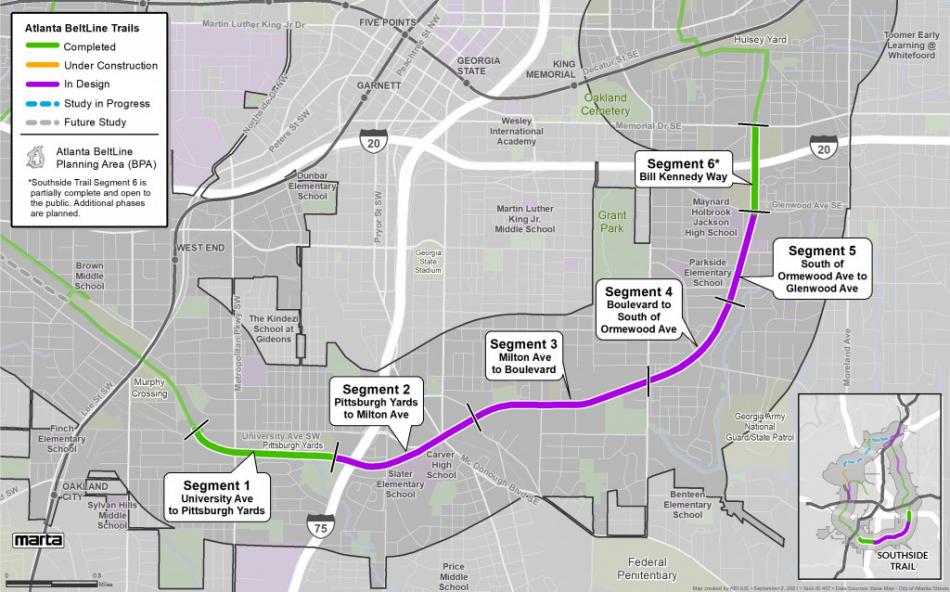 That’s roughly five miles of BeltLine on the east and south sides of town, with only a half-dozen at-grade street crossings along the route.

It would leave a gap of 1.9 miles (Segments 2 and 3) between paved sections of the Southside Trail, directly south of downtown.

At last check, BeltLine officials were estimating that Segments 4 and 5 would take about a year to construct, following groundbreaking. 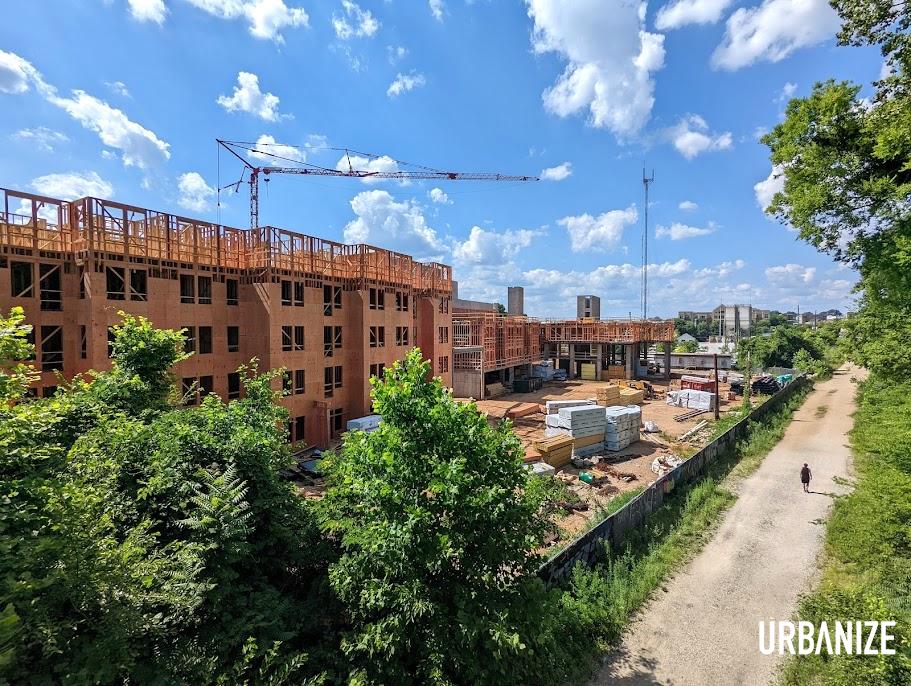 Developments of note under construction along that corridor include the Argos Apartments (194 units) and the 1015 Boulevard SE project (323 units, plus retail) in Grant Park, along with two projects by TPA Residential (503 apartments total, plus about 7,500 square feet of retail) in Boulevard Heights.

In other words, that's more than 1,000 rentals and 12,000 square feet of retail in various states of construction either directly on the Southside Trail segments in question or within a quick walk.