For those unfamiliar, Boulevard Heights is a relatively small southeast Atlanta neighborhood that borders Grant Park, founded in the 1920s and featuring a couple of hundred houses today.

But as the advent of the BeltLine’s paved Southside Trail draws closer, that housing stock is set to more than triple.

The latest project to move forward is a TPA Residential proposal that would rise on vacant land about two blocks east of the Southside Trail’s missing United Avenue bridge. (The 1914 bridge was removed following a truck collision last year and is expected to be replaced as more phases of Southside Trail construction begin, possibly next year.)

TPA Residential’s plans at 1104 Avondale Avenue SE call for 224 apartments and 75 rental townhomes, according to the BeltLine Design Review Committee. 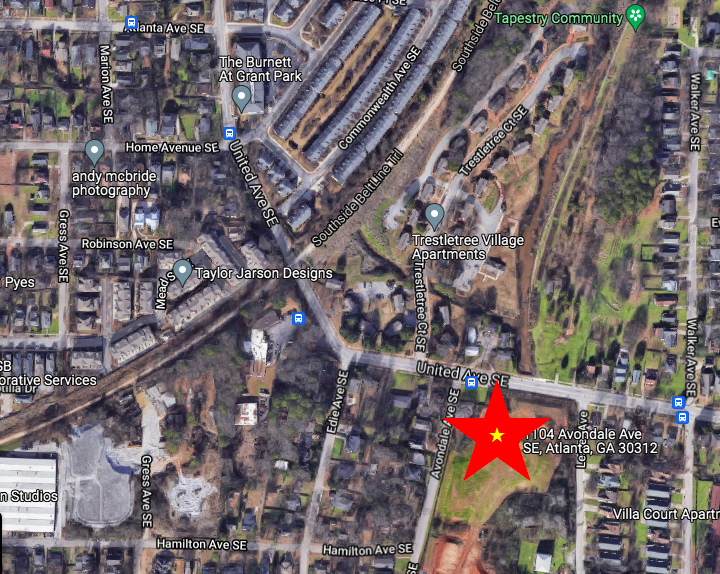 The site of TPA Residential's proposed mix of rental townhomes, apartments, and a smidgen of retail along United Avenue. Google Maps

That would make nearly 800 new apartments and townhomes (both for-sale and not) either recently built, under construction, or planned in three separate Boulevard Heights projects right now.

Two of them are by TPA Residential, and the other is Empire Communities’ growing townhome venture The Swift.

According to filings with the BeltLine DRC, the latest proposal by TPA Residential would claim more than 8 acres along United Avenue and include a pint-sized commercial space of 750 square feet.

Forty-five of the units would meet the BeltLine’s affordable housing inclusionary zoning requirement, and 384 parking spaces would also be in the mix.

Tentative plans call for completing that community in 2024.

Meanwhile, just east of that site, TPA Residential is building a 275-unit project called 680 Hamilton on 6 acres that directly front the BeltLine, near the Southside Trail’s intersection with Boulevard. About 7,000 square feet of retail is planned in that project. 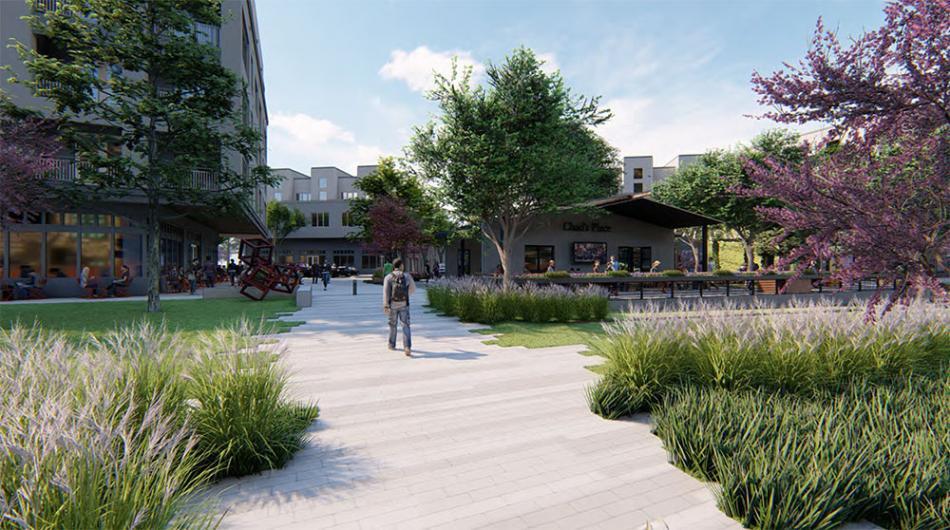 The planned connection to about 7,000 square feet of retail space. TPA Residential 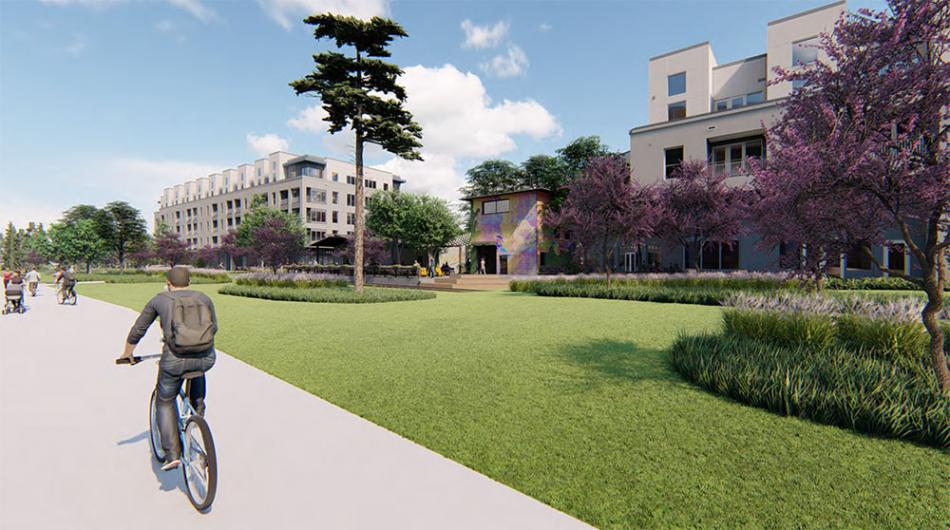 A rendering depicting the Southside Trail, once paved, and the five mid-rise buildings that constitute The Penman, which are finishing construction now. TPA Residential

Based in Atlanta, TPA Residential has several multifamily projects in development or planned in suburbs such as Flowery Branch, Grayson, Alpharetta, Suwanee, and Canton.

Like that firm, Empire Communities previously built exclusively in the ’burbs but has more recently turned its focus to intown sites from Pittsburgh to East Lake and Buckhead.

Those two-bedroom townhomes are now selling from the low $400,000s. 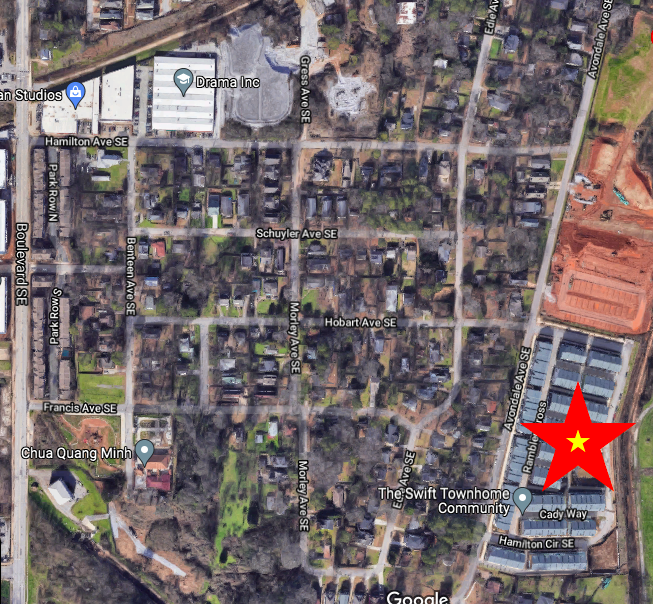 Where Empire Communities has been building out The Swift site in Boulevard Heights since 2017, claiming previously vacant land. Google Maps

Like other projects from Ormewood Park to Capitol View, Boulevard Heights’ development surge is angling to capitalize on proximity to the Southside Trail, which opened in an interim state in 2019 but likely won’t be fully paved for another few years.

The better news for Boulevard Heights homeowners and investors is that work on the Southside Trail’s segments 4 and 5—spanning from Boulevard around to Glenwood Avenue in Ormewood Park—is expected to be bid out next summer. BeltLine officials hope to start construction later in 2022.