While it’s only a few stories out of the ground and a year from completion, a mixed-use development where the BeltLine meets Edgewood Avenue is signing retail tenants that could interest legions of intown Atlantans.

For the popular New York-style bagel shop, operated by mother-daughter duo Deanna and Jackie Halcrow, the location beside the Eastside Trail will be the first outside of East Atlanta Village, where the former pop-up business opened its first brick-and-mortar in 2018.

VESTA, the fitness concept, is being forced to vacate the 774 Ponce de Leon Avenue gym location it opened in 2015 in light of pending redevelopment that could also claim Ponce stalwarts such as The Local and MJQ. 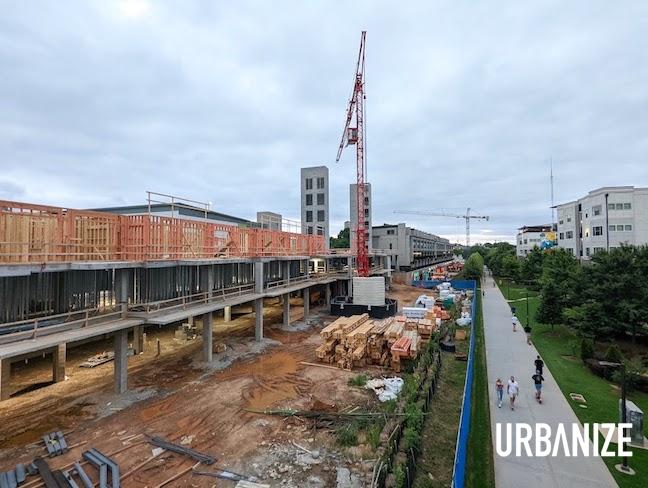 Where Emerald City Bagels and fit-boxing gym VESTA will operate below apartments, adjacent to the Eastside Trail, according to developers. Josh Green/Urbanize Atlanta

Baynes said the signings mean the 12,000-square-foot retail portion of the 678 Edgewood Avenue project is now 51 percent rented. (For context, that’s a little more than 1/3 the size of retail at SPX Alley next door.)

Either two or three retail slots remain, depending on who the retailers are and what space they require. Emerald City Bagels will occupy a corner space, while VESTA will open in the middle of other retailers, Baynes said.

“It sounds like I’m running a women-focused retail center, and to a point, that’s right,” Baynes joked during an interview this week, in reference to the female-owned businesses. “It should be a great activation.” 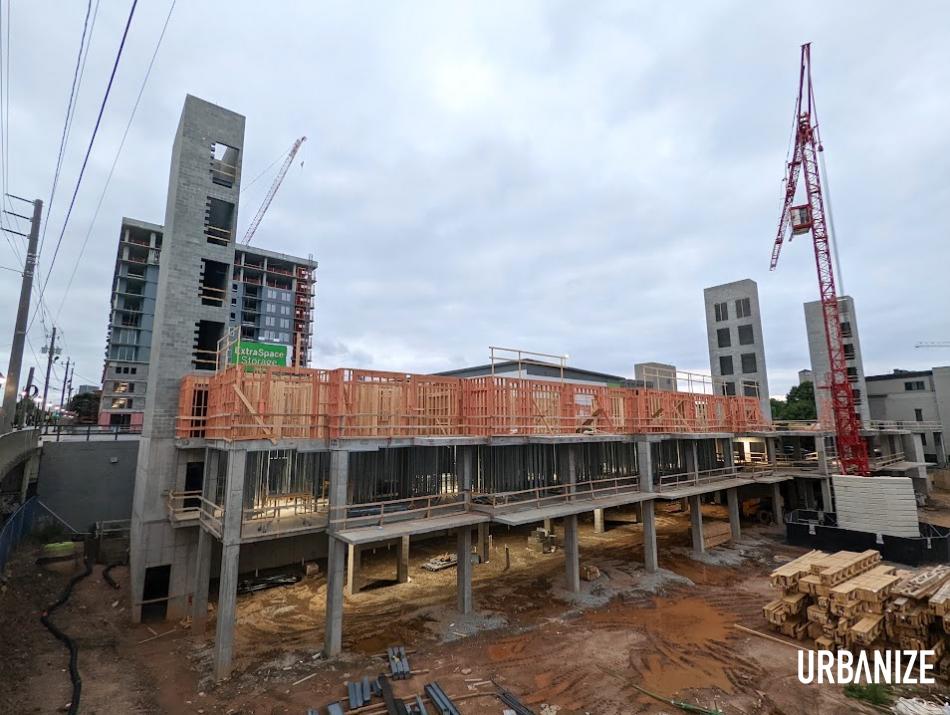 Construction progress above the concrete base levels at the 678 Edgewood Avenue project this week. Josh Green/Urbanize Atlanta

The $37-million project will continue a row of retail facing the BeltLine that includes Shake Shack, Pour Taproom, and Nina and Rafi pizza, among other establishments.

Atop the retail at 678 Edgewood Avenue will be 114 apartments, with sizes ranging from 400 to about 1,200 square feet. Fifteen percent of the 114 rentals will be reserved as affordable housing, per BeltLine inclusionary housing rules.

Developers have said those units will likely be reserved for households earning 80 percent of the area median income or less. 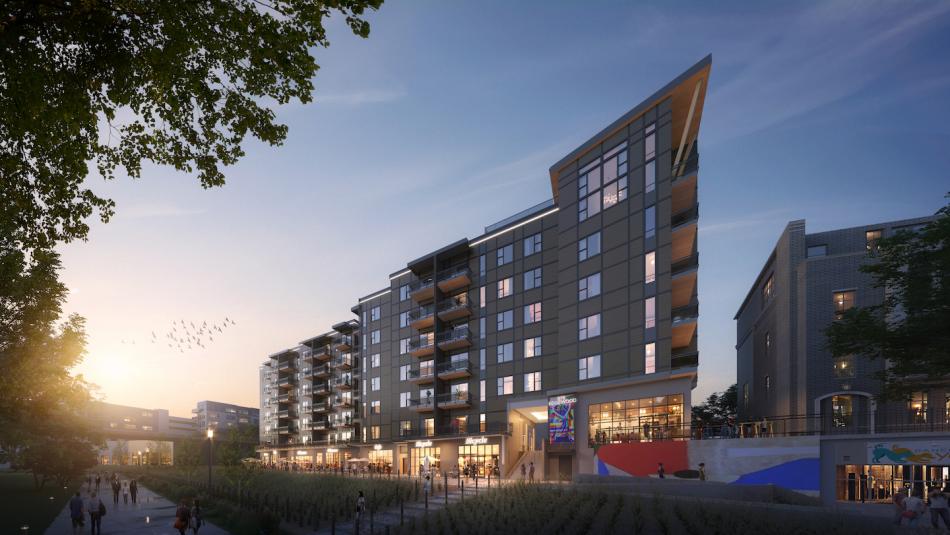 The 678 Edgewood project is on pace for completion next summer, according to Baynes. It continues a groundswell of investment along the Old Fourth Ward’s BeltLine frontage.

Other projects under construction in the neighborhood include New City Properties’ mixed-use mini-city near Ponce City Market and Portman Holdings’ six-story office concept at Irwin Street, which celebrated its official groundbreaking last week. 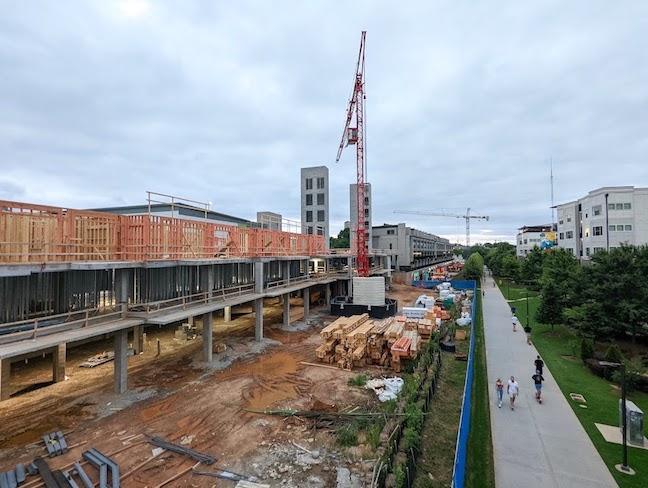 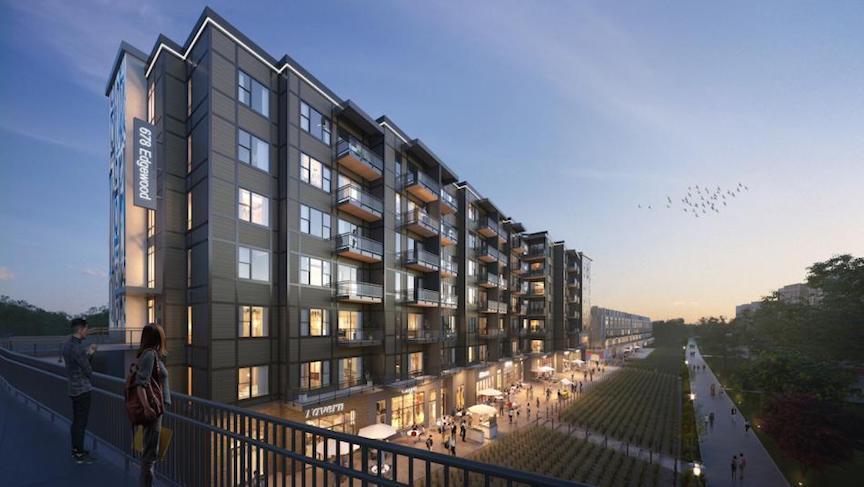