Positioned along Donald Lee Hollowell Parkway, amidst a pocket of traditionally underserved but historic communities, the under-construction Ten29 West project has seen prices climb from the $500,000s, up to almost $700,000, and then by last spring to the dizzying heights of (gasp!) the high $700,000s.

As time moves on, and Westside investment keeps pouring in, those numbers are beginning to look quaint.

Seasoned Westside homebuilder Brock Built is marketing the development as a “cozy community” with “skyline views on the BeltLine,” a reference to the Westside BeltLine Connector trail that opened last year in the townhomes’ backyard. 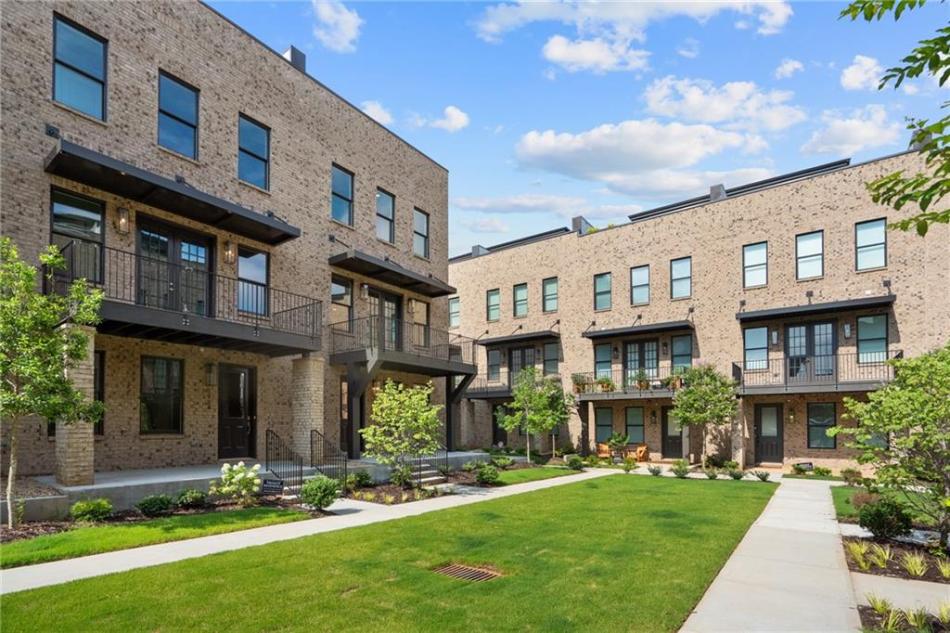 Listing photos used to illustrate finishes for an end-unit priced at $769,900 (plus $167 monthly HOA fees) this summer at the Bankhead community. Brock Built Properties/Ten29 West

According to listing services and the developer’s website, more than half of the project’s 61 townhomes have now sold or are currently under contract.

Those with pending contracts include an end-unit with the Avery floorplan, priced at $839,900, that’s marketed as being “directly on the Westside BELTLINE [with] VIEWS, VIEWS, VIEWS” of Atlanta’s skyline. Sellers also stress that it’s located three blocks from the new Westside Park and “Microsoft’s 90 acres,” where the tech giant is planning a sprawling campus but has yet to break ground or reveal official plans.

For context, the priciest single-family home listing in Bankhead at the moment is a renovated, perky, three-bedroom 1920s bungalow that’s been asking $389,900 since mid-July.

Records indicate the most expensive Bankhead home to sell in recent years that’s not in the Ten29 West community is a roomy four-bedroom traditional (3,226 square feet) on Cairo Street. It fetched $372,000 in the summer of 2021, citing Brock Built’s pricey nearby townhomes, like Microsoft’s land, as a selling point.

All Ten29 West townhomes to date have three bedrooms and three and ½ bathrooms across three levels, with rooftop decks up top. The least expensive option right now without a contract costs $754,900. 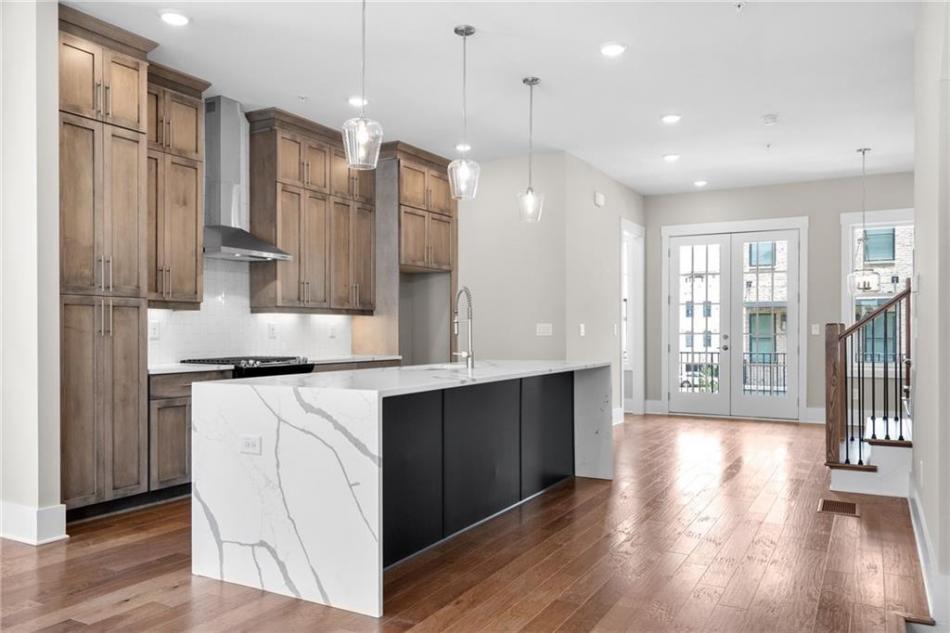 Originally called The Finley, the project is rising on about 4 acres, west of Midtown. The location is between what Brock Built has described as “two tech giants”—Georgia Tech and Microsoft’s big deal. The Maddox Park greenspace and MARTA’s Bankhead Station are nearby, too. 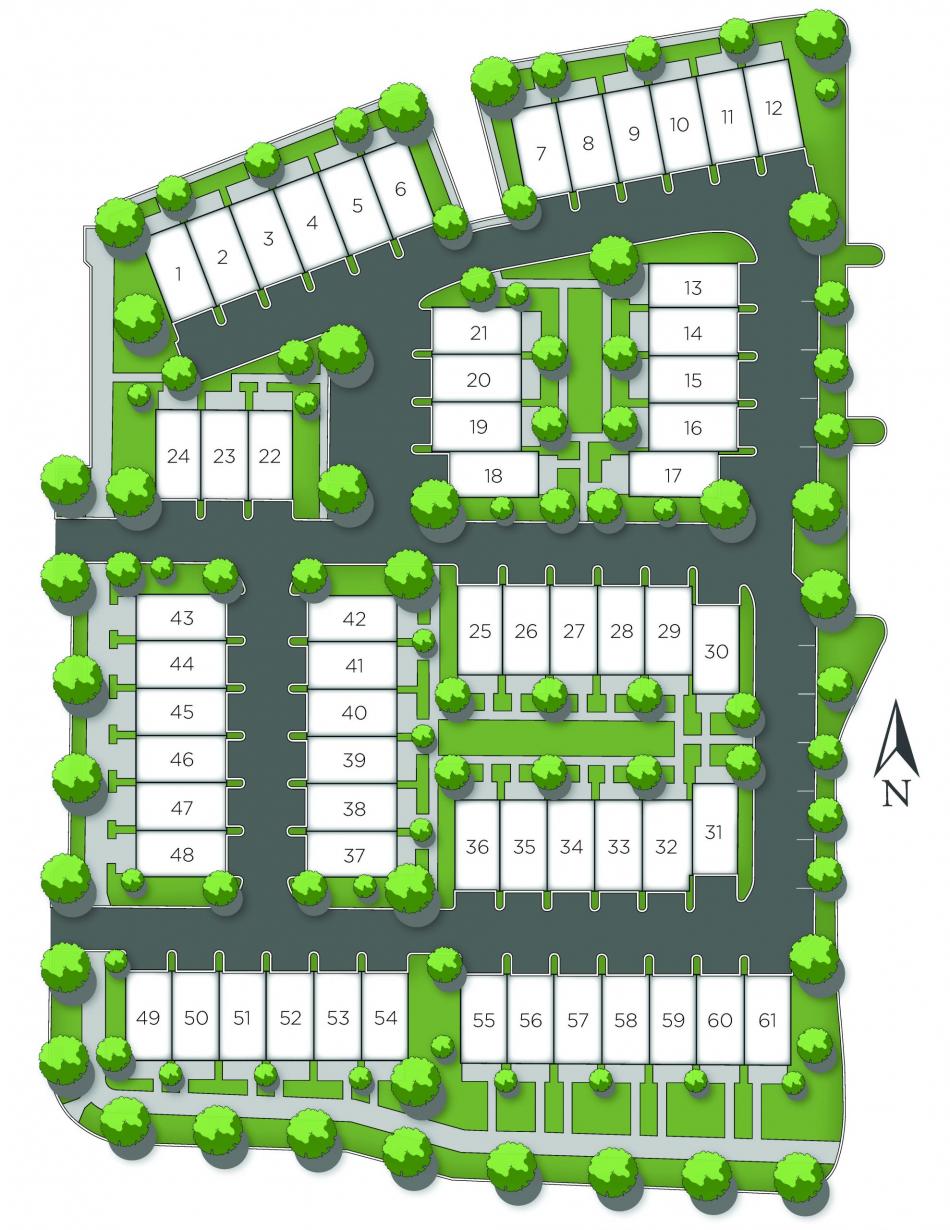 The site plan between Donald Lee Hollowell Parkway and the Westside BeltLine Connector, where developer Brock Built's website and listing services indicate more than half of homes have sold. Brock Built Homes/Ten29 West

A few blocks east in English Avenue, Brock Built attracted headlines in 2019 after pricing its Oliver Street Townhomes project in the mere $400,000s. That marked the area’s first large market-rate private residential investment in ages, but in a neighborhood with median household incomes of about $35,000 at the time. Nonetheless, all 30 of those homes had sold not long after the project finished.

Swing up to the gallery for a closer look at how Ten29 West’s more recent offerings have come together.