Unless you’ve been living under a rock, or in some far-flung Georgia place like Swainsboro, you’ve probably heard that Atlanta scored a major goal last week in landing an undetermined amount of World Cup 2026 matches, along with 10 fellow U.S. cities and a handful of others in Canada and Mexico.

Like the Super Bowl of Super Bowls, the World Cup is being forecasted as the most significant sporting event to take place in Atlanta since the 1996 Centennial Olympic Games.

Early estimates peg the direct economic impact, as Mayor Andre Dickens told 92.9 The Game last week, at more than $400 million, with less calculable boosts for Atlanta’s “image and optics” paying dividends for years after the fans have gone. And as Atlanta United president Darren Eales pointed out to MLS Soccer, the first (and last) World Cup games held in the U.S. in 1994 remain the most ticketed World Cup matches in history. Which means Atlanta and its brethren host cities can expect, as Eales put it, “a huge party.” Possibly for a full month.

But what’s this going to mean for the actual City of Atlanta and its residents? How about the entire metro area of 6.2-million people and growing? 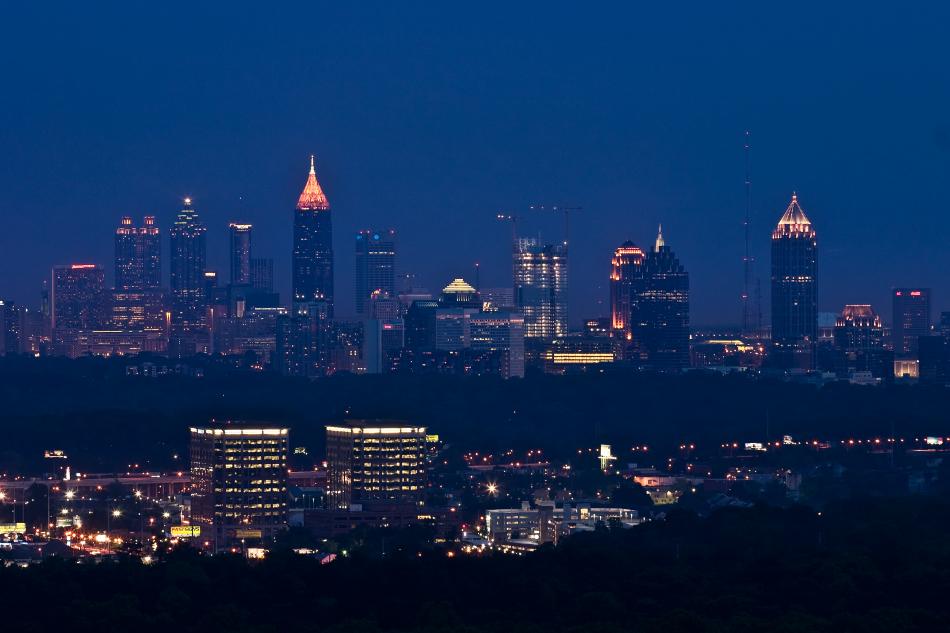 The skyline of Midtown and downtown Atlanta, as seen from over Buckhead, approximately 15 years ago. Shutterstock

That’s what one reader named Rob wondered aloud in an email this week, asking us to pretend it’s June 2026, and that the first World Cup game in Atlanta is about to kick off. Rob asks a handful of intriguing questions:

“What do the international visitors see and do as their Top 5 places/things to do/see?”

“How does the BeltLine function and connect?”

“What are your hopes and fears as Atlanta prepares for this global tourist commercial?”

Apart from temporarily switching the playing field at Mercedes-Benz Stadium to natural grass, as required by FIFA, we have yet to hear of concrete plans for World Cup-based changes to buildings or city infrastructure.

Short of a miracle, the BeltLine’s 22-mile loop won’t be finished in four years. But it should function by then as a giant, contiguous “J” (and then some) that connects downtown to the Westside, swoops down to southside neighborhoods, before running around through Piedmont Park and up to Buckhead, according to the latest construction estimates.

Beyond that, Rob’s questions should provide fodder for beaucoup coverage in the pre-World Cup years to come.

In the meantime, let’s hear what you think, dear readers: How should your city change between now and the first globally watched soccer match at Mercedes-Benz Stadium in 2026?