With spring comes new beginnings, and Atlanta is quite adept at beginning anew.

So much newness has happened in the pivotal past decade, it’s hard to keep track. Think back to 2012—those who were living here—and how different Atlanta was:

The Georgia Dome was in full force, and the Braves still played in Summerhill, without a public peep about ever moving. The regional TSPLOST measure and its infamous commercials went down in flames. Jamestown Properties was just revving up demolition and construction on something called Ponce City Market. Midtown was still a checkerboard of surface parking lots.

And in October that year, the first 2.25-mile section of the BeltLine’s most popular segment, the Eastside Trail, officially opened for public use. That attracted national headlines and signaled the “perception of Atlanta as 100-percent dependent on the car has really started to change," as one official with Washington D.C.-based Urban Land Institute put it. In what sounds like an overstatement now, then-Atlanta Mayor Kasim Reed bragged to reporters the following month the Eastside Trail was “already overused in terms of the people.”

All of this got us thinking: Is the city better now than it was a decade ago? 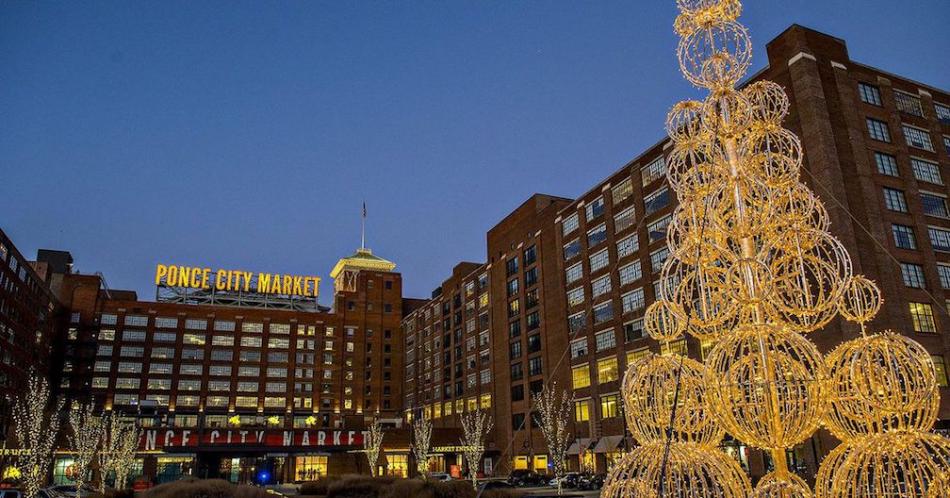 Ponce City Market during the holidays. Courtesy of Jonathan Phillips

You can’t argue Atlanta isn’t more vibrant, with more people on the streets (instead of cocooned in cars) than at any point this century. Drinking and dining options have exploded. But a decade of hot market-ness and demand that just never abated means the city is vastly more expensive than it used to be. (Remember renovated Old Fourth Ward bungalows in the $200,000s? And nice apartments for $800?)

We put this question to the people on Twitter recently, and the results were lopsided.

But now it’s time to ask the same question here, for a broader audience. Please take a second to chime in below. We’ll close the poll on Monday.