Months before it opens, a 70-year-old, former industrial campus that’s being repurposed as Atlanta’s next working and dining district has seen nearly all of its retail space claimed, according to developers.

Westside Paper, an adaptive-reuse project being developed in a joint venture between Third & Urban and FCP, calls for 245,000 square feet of mixed uses that have added new-construction elements to a repurposed 1950s warehouse. It’s coming together along a bend in West Marietta Street, directly west of Midtown in the Howell Station neighborhood.

According to the development team, Westside Paper’s retail portion is nearly 90 percent leased, with one space remaining following a second wave of tenant signings announced this month. 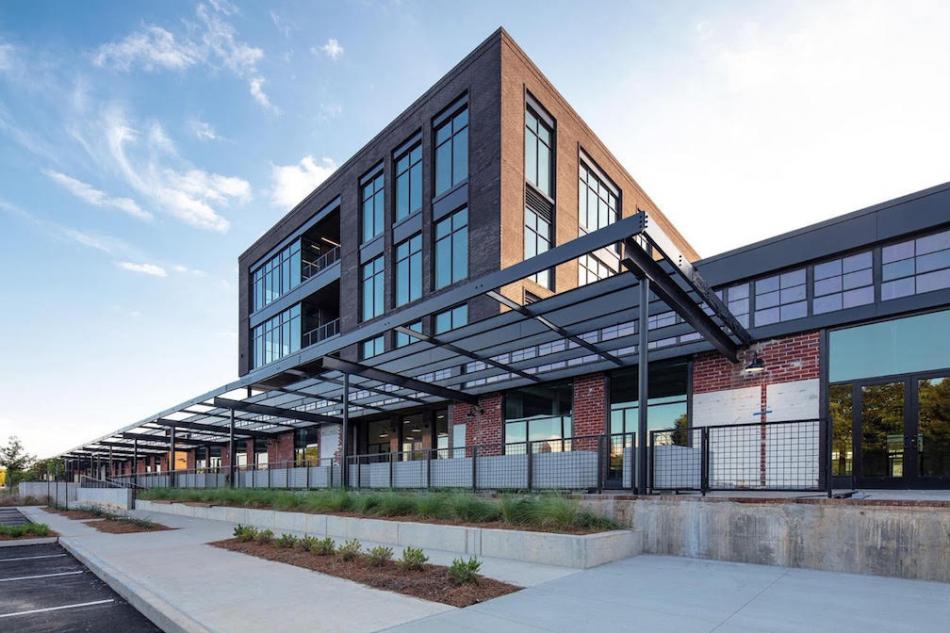 Additions include the second location of Grant Park’s Elsewhere Brewing, which expects to create an “ambiance… more like a traditional pub than its headquarters” at The Beacon, per an announcement last week. Chef Santiago Gomez is opening a traditional taqueria in Westside Paper called El Santo Gallo, following his first Atlanta venture, Palo Santo, a supper club and rooftop hangout at nearby King Plow Arts Center.

Other tenants will include Ancestral Bottle Shop + Market, a venture by restauranteur Roxana Aguirre that focuses on Mexican spirits and South American wines. And homegrown favorites King of Pops have signed on to open a walk-up outpost that will feature pops, soft serve, pop-tails, and slush-tails, plus beer and wine. 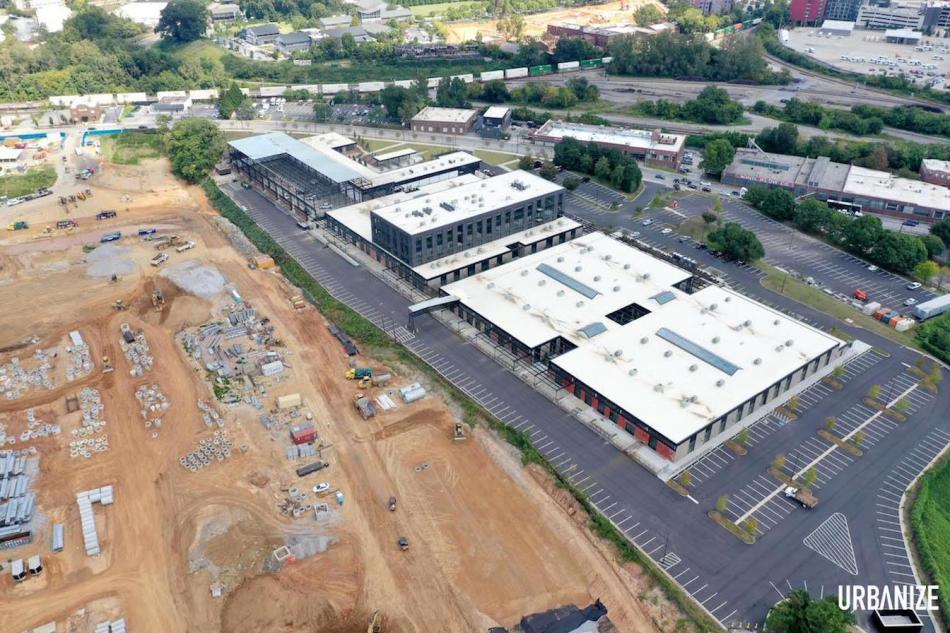 The western flank of the new Westside Paper complex (right) abuts a future BeltLine spur trail. At left is a QTS Data Centers expansion that kicked off earlier this year. The first phase alone calls for 1.15 million square feet of development—the bulk of it two data centers, plus roughly 250,000 square feet of offices.

The 15-acre redevelopment at 950 West Marietta Street continues the adaptive-reuse trend west of Midtown started in the nineties with King Plow—located across the street—and continued by projects like Westside Provisions District and more recently The Works. One unique draw is the project's position on a future BeltLine spur, a couple of blocks north of the Westside BeltLine Connector.

Another new addition, per the Westside Paper development team, is a multi-million-dollar office lobby designed by Smith Hanes Interiors.

“Our location on the future BeltLine, connecting the Midtown urban core to the new and popular Westside Park, is unlike any other in the city,” said Third & Urban partner Chris Faussemagne in a prepared statement. “We expect this momentum to continue.” 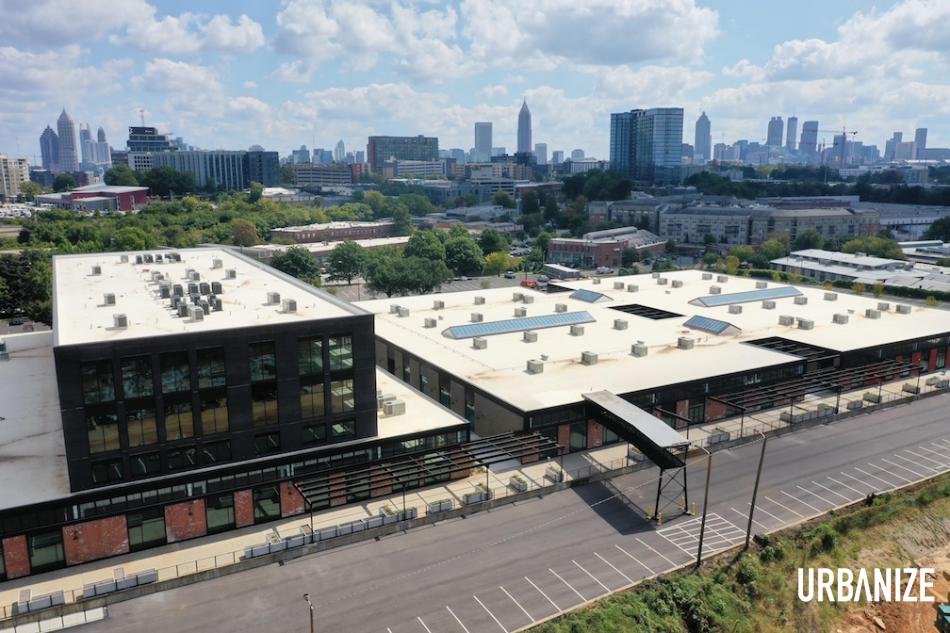