The most recent news to emerge from the Westside Atlanta neighborhood of Hunter Hills on these pages involved a formerly dilapidated, 20-unit apartment complex that had been spruced up—and diced up—to create twice as many micro homes.

This is pretty much the opposite of that.

As listed a week ago, a three-level modern home project in Hunter Hills is planned to not only continue the development of a full subdivision devoted to the product type, but to smash single-family sales records in a historic locale neighbored by West Lake, Dixie Hills, and trophy-rich Mozley Park. 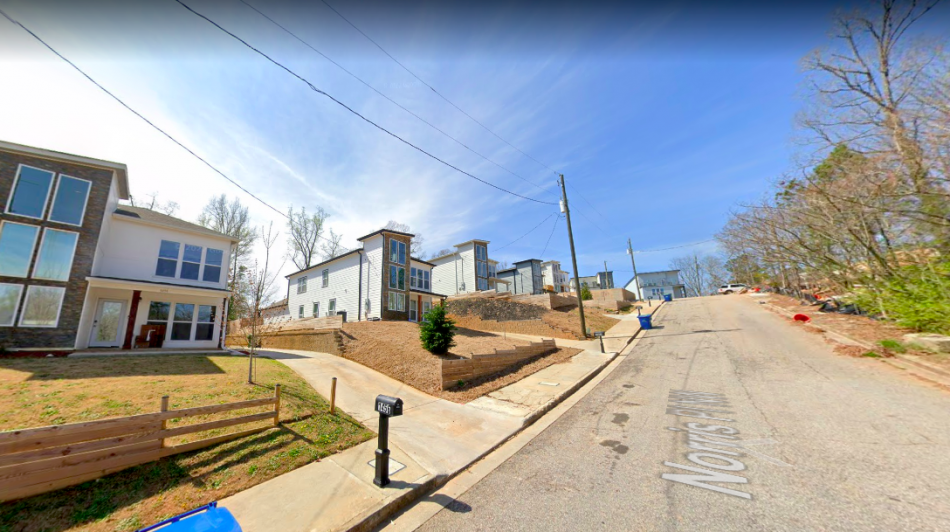 How the Hunter Hills modern subdivision looked in March, on a sloped Norris Place cul-de-sac, with future homesites at right. Google Maps

The location is due west of Vine City, between Martin Luther King Jr. Drive and Joseph E. Boone Boulevard, directly south of the new Westside Park, Atlanta’s largest greenspace. The West Lake MARTA Station and Mozley Park’s eponymous greenspace are a few blocks to the southwest of the homesites, where another development sputtered years ago.

The most recent home project, as listed with Norman & Associates, is the priciest to date by far, with an ask of $799,000. It’s also relatively ginormous as Westside new-builds go, counting five bedrooms and three and ½ bathrooms in more than 4,200 square feet. The entire third floor is dedicated to the primary bedroom suite, with an indoor-outdoor balcony attached.

Zillow records indicate other, smaller new homes in the enclave have fetched between $315,000 and $420,000 in recent years. 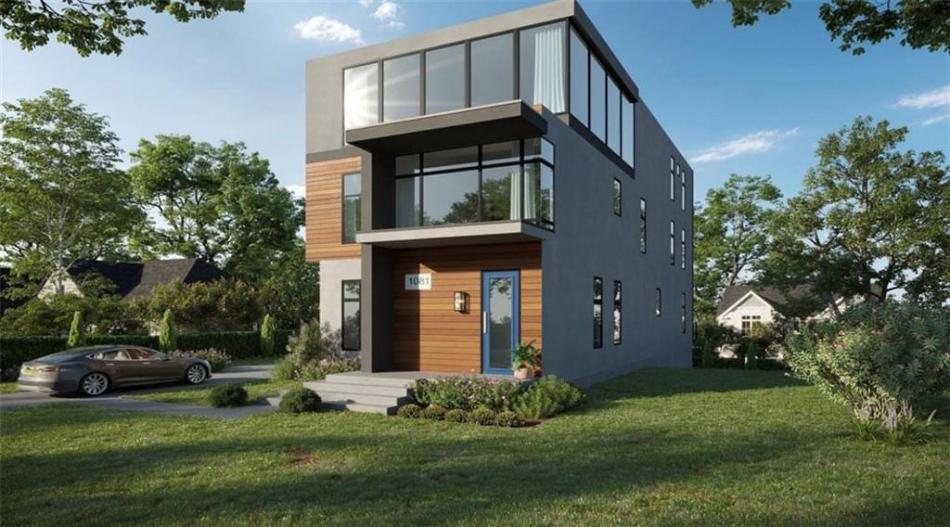 According to listings, the 1471 Norris Place dwelling is scheduled to finish construction in the spring, allowing time for selecting finishes and customizing the home to an extent.

In terms of single-family sales, the new listing is attempting to dethrone Hunter Hills’ current record-holder—the former residence of late Braves baseball legend Hank Aaron, which traded in March 2021 for $515,700.

One knock against the modern subdivision’s location is the “car-dependent” Walk Score of 12—dismally low for ITP neighborhoods not in palatial Buckhead—but at least it’s exceptionally quiet, per the Soundscore™. 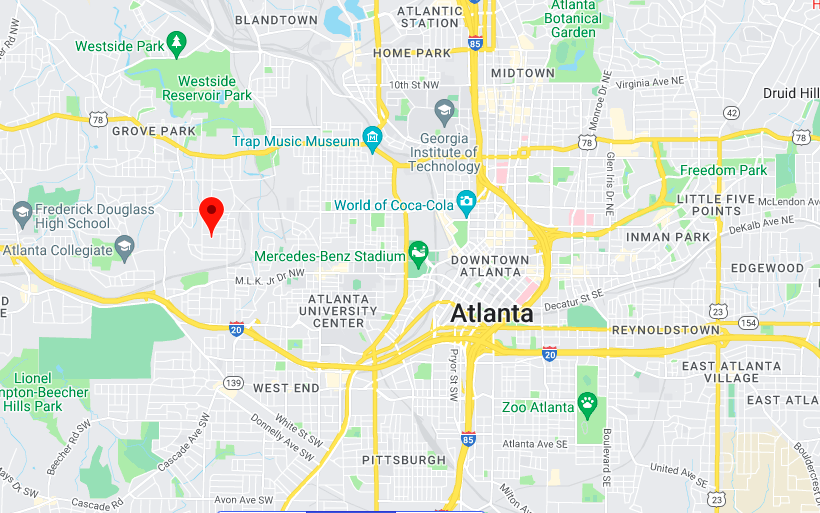 Previous listings have name-dropped nearby attractions from Mercedes-Benz Stadium to the Beltline’s Westside Trail and the sprawling campus Microsoft is planning in the area.

Find a closer look at all the above in the gallery up top.