Ladies and gentlemen of Atlanta, please join us in saluting your Best Atlanta Neighborhood 2021, as determined by the people:

An unstoppable force since the nominations phase in mid-December, this historic, tight-knit Westside community is neighborliness personified. Mozley Park blazed a path through the tourney and drummed up enough support to take 55 percent of a whopping 6,758 Championship votes against mighty Summerhill.

Nearly 20,000 votes came in across all contests in the 16-seed tourney. Which goes to show how Atlanta is truly a patchwork of wonderful neighborhoods—and of neighborhood pride.

Mozley Park, for the uninitiated, is located about three miles west of downtown, nestled up against the BeltLine’s Westside Trail and Interstate 20. Despite garnering enough nominations for a No. 3 seed, it had no easy path to glory. Earlier victories came over Edgewood (Round 1), Inman Park (Elite Eight), and Kirkwood (a barn-burner of a Final Four).

For rising up and winning, Mozley Park is the recipient of a year’s worth of good mojo. And the very first (virtual) Golden Urby Chalice of Champions.

To help sum up the neighborhood’s attributes, we’ll return to this heartfelt, pre-tournament nomination for Mozley Park from all-star commenter Jasmine Hope, who wrote in:

“Our neighbors are engaged and awesome. We can literally walk to Mercedes-Benz Stadium but don't even need to because we have West Lake Marta station... We are close to the AUC. We have four direct entrances to the [BeltLine’s Westside Trail]. Did I mention how great our park is? Perhaps the new playground? The new exercise equipment? How we as a neighborhood have advocated for ourselves? Needless to say I love Mozley Park and the residents. Whether we win or not, I am happy for this opportunity to brag about us.”

Well, Mozley Park, you won. You absolutely rallied the troops and triumphed. Here’s permission to keep on bragging, all year long... 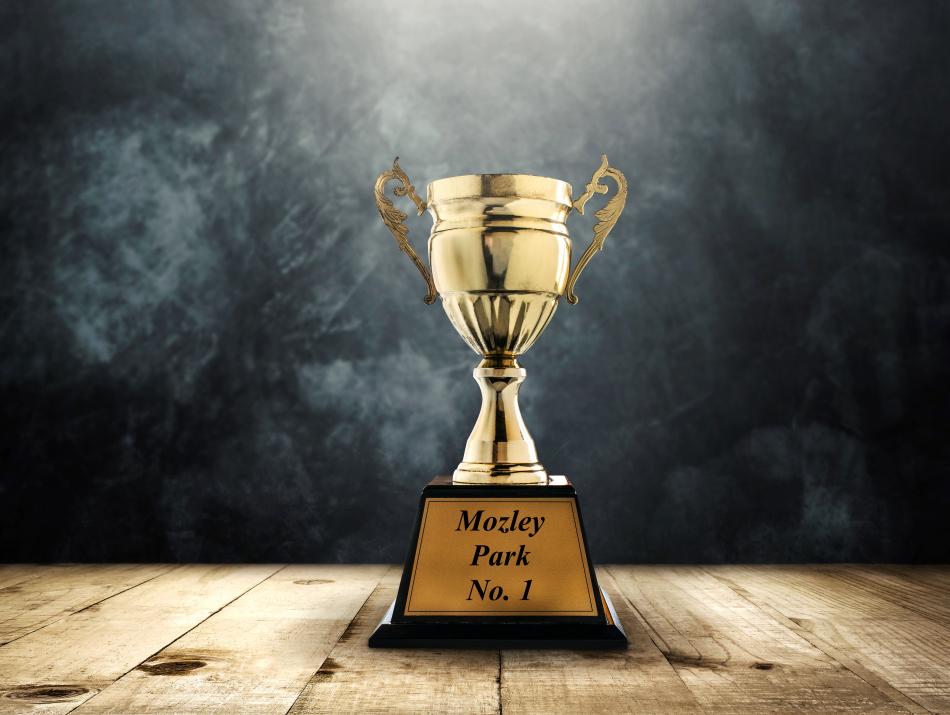 The Golden Urby Chalice of Champions 2021. Base image via Shutterstock