For those who haven’t visited lately, Blandtown’s Huff Road is doing its best impression of the eastside’s North Highland Avenue circa 15 years ago, when various types of new housing was mushrooming left and right as the BeltLine inched closer to reality.

The latest infill project to make its mark with vertical construction is called Longreen, another development (of many) across metro Atlanta by Empire Communities. Longreen is barreling ahead with 179 condo stacks and townhomes in historic Blandtown, claiming five previously vacant acres in the 900 block of Huff Road.

The project’s name is a nod to a half-acre public greenspace planned along Booth Avenue as part of the development. It’s situated less than a block from the Northwest Trail route the BeltLine recently picked to snake through the area.

As with Empire’s Stein Steel project in Reynoldstown, Longreen will see condos priced between the $300,000s and $600,000s; townhomes will begin in the low $500,000s and climb from there, as project reps told Urbanize Atlanta in June.

The breakdown will be 152 condos and 27 townhomes, ranging from 600-square-foot one-bedrooms to more standard three-bedroom plans of about 1,800 square feet.

Empire closed on the property in late 2020 and broke ground last year. 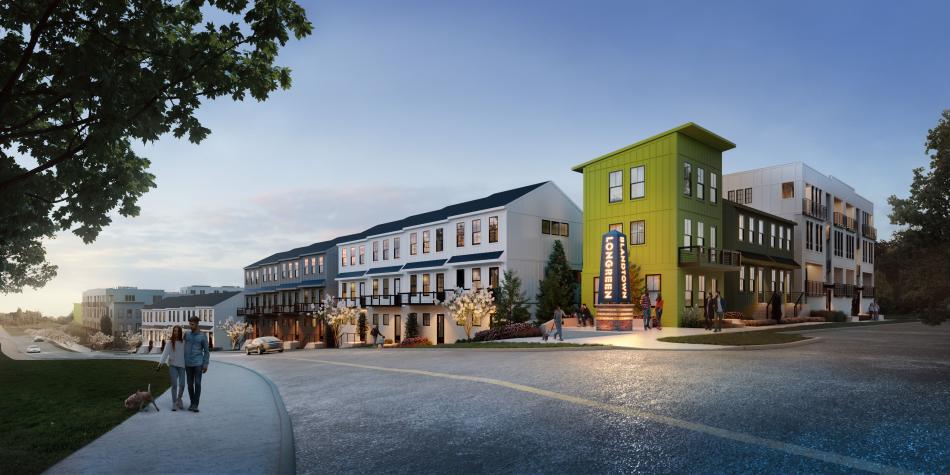 How the Longreen project will meet Huff Road—and be demarcated with a monument. Courtesy of Empire Communities 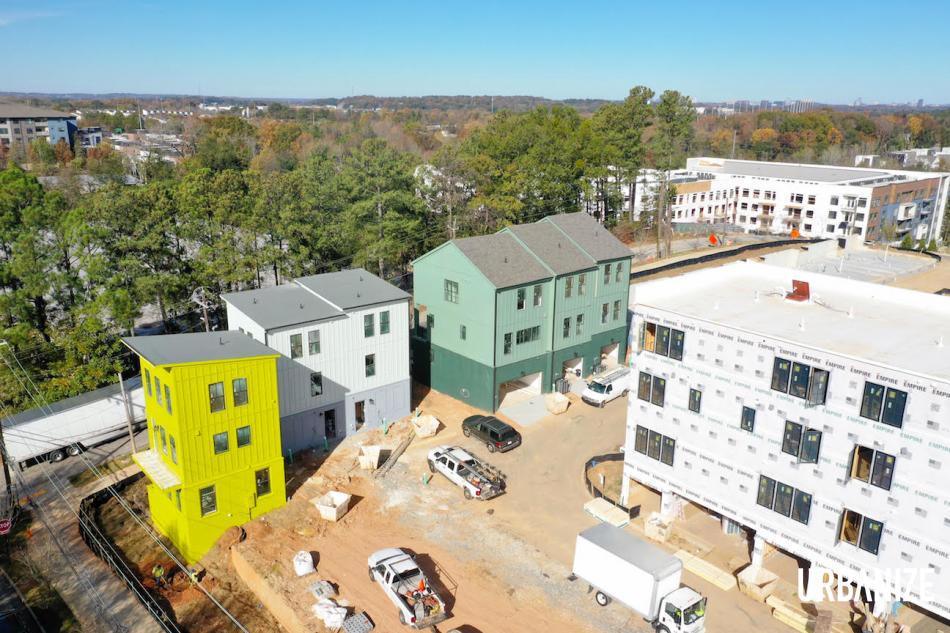 Standing homes so far appear to be staying true to renderings.

The three-block site is located just west of Howell Mill Road and about a block from the Goat Farm Arts Center, which is currently being transformed into its own mixed-use district. Another of Empire’s intown endeavors, Empire Crosby, has sold out 69 townhomes that started in the $400,000s across the street.

Other residential projects in the area include Brock Built’s West Town community (75 homes), Chelsea Westside (92 units), among other single-family and apartment builds.

For a bird’s-eye view of all the above, flap up to the gallery.