From dropping 800-pound peaches on New Year’s Eve to celebrations for Atlanta’s winning Olympic Games bid in 1990, the iconic fountains outside Underground Atlanta have played host to momentous occasions galore.

The next one—after years of dormancy—is planned for a week from Friday.

Underground Atlanta’s new ownership has announced a family-friendly celebration for May 13 to showcase the new razzle-dazzle fountain designs off Upper Alabama Street.

Seasonal activations are in the works for the plaza spaces after nearly two decades of being closed, per Underground’s ownership. 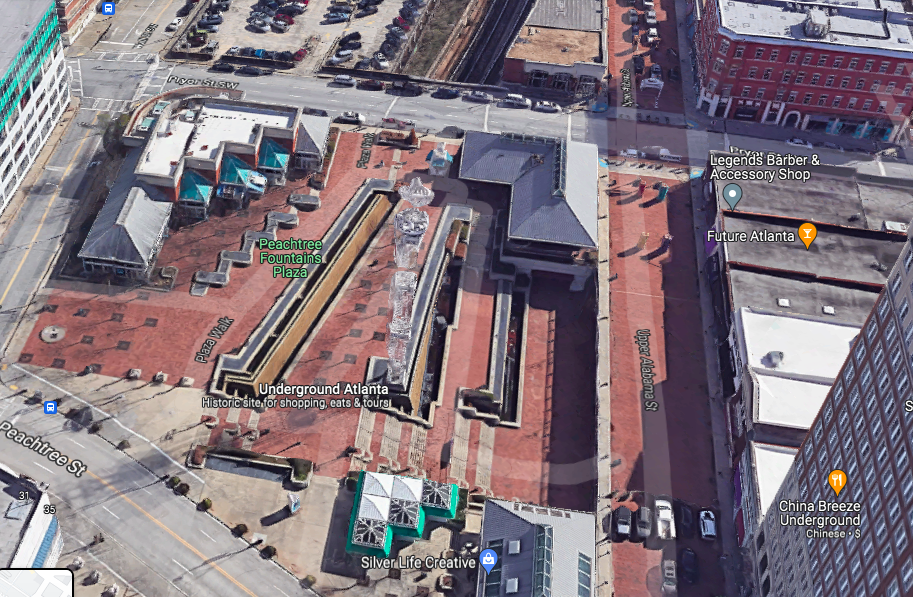 Festivities are planned from 6 to 11 p.m. May 13. Expect food and drink vendors, outdoor games in the plaza area, and live music by Atlanta band Wren and The Wravens.

Initially opened in 1943 as Plaza Park, the public space was the only European-style project to be constructed among those proposed by noted Atlanta architect Haralson Bleckley. 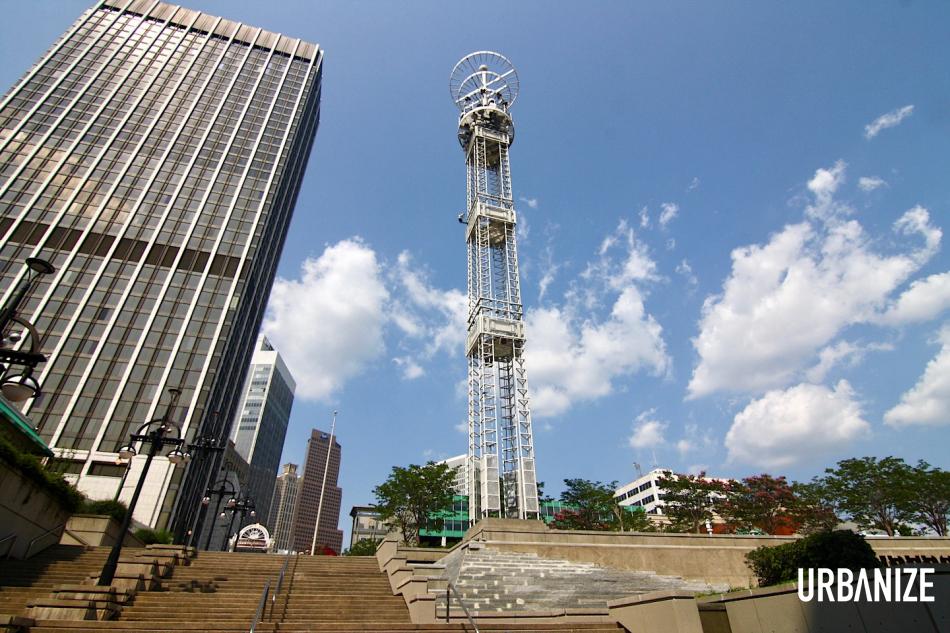 Bleckley’s work was eventually replaced by the larger Peachtree Fountains Plaza, which hosted the New Year’s Eve Peach Drop for decades. (The Peach Drop was expected to return this past year to Underground, following a three-year absence, but was cancelled at the last minute by COVID-19 spikes.)

“Peachtree Fountains Plaza was designed to be a gathering place for the community, and we want to give it back to the community as a place to come together once again,” Shaneel Lalani, CEO of Lalani Ventures and Underground’s owner, said in a statement provided to Urbanize Atlanta. “It’s our hope that this new refresh of the plaza and our fountain light show will add a little magic back to downtown Atlanta.”

The fountain gala will continue redevelopment momentum at Underground and optimism for its rebirth. 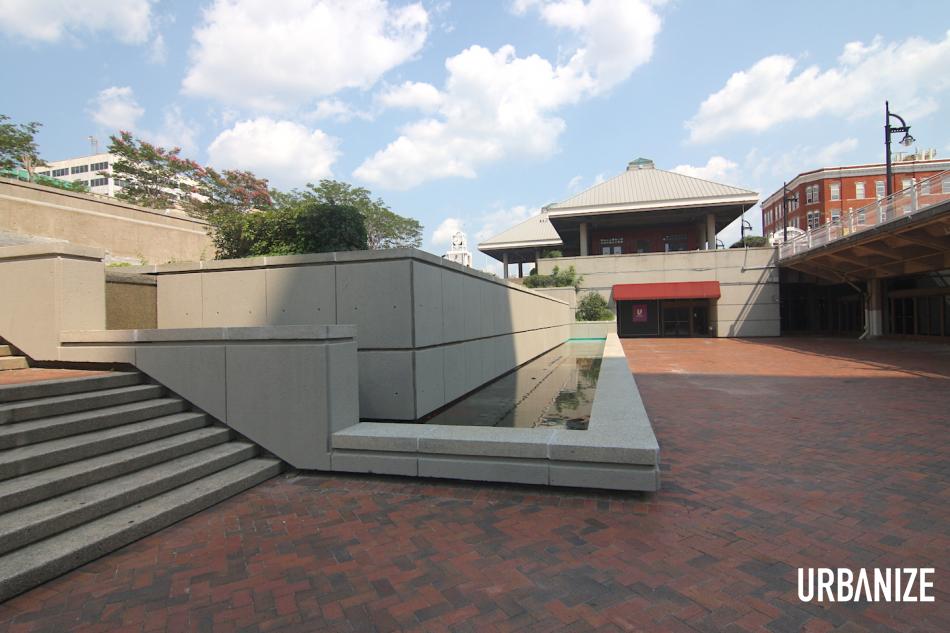 The lowest level of the dormant fountains, with its water jets turned off, as seen last summer. Josh Green/Urbanize Atlanta

Pop-up retailers started opening to the public in old Underground storefronts and mobile carts last fall—all of them operating rent-free as part of a program called Underground Roots—near the Banksy art exhibition that ran through January.

Near those pop-ups, the Underground team is building a 21-stall food hall curated by Robert Montwaid, best known for creating New York’s Gansevoort Market. [UPDATE: 9:44 a.m., May 5: Underground officials have reached out to clarify that Montwaid is no longer involved with the food hall project; Edie Weintraub has instead taken the helm.]

Elsewhere, two new Underground businesses have opened, alongside music venue the Masquerade and a nightclub. And at 86 Pryor Street, a brick building above the underground corridors, a gallery and coworking space has set up shop across three floors.