Midtown’s recent development explosion has made the nearly century-old Varsity restaurant and its adjacent parking lots seem like more and more of an anomaly at the primetime corner where Spring Street meets North Avenue.

That much hasn’t escaped the family that owns the Midtown landmark, which has been dishing chili dogs and frosted oranges with a side of “What’ll ya have?” since 1928.

The Gordy family plans to keep operating the famous, flagship restaurant where it stands but is exploring ways to cash in on so much property in a section of town where buildable sites are becoming increasingly scarce, as the Atlanta Business Chronicle first reported.

Roughly 4 acres—positioned next to the Connector, in the booming Spring Street corridor, with both a MARTA transit station and Georgia Tech a block away—are in question.

The Varsity’s ownership has retained commercial real estate firm Cushman & Wakefield to explore its options, though it’s managed to bounce back strong from pandemic challenges and isn’t being pressured to sell, according to a statement provided to the AJC. Ownership is “sending out informal feelers for a potential redevelopment of land” around the restaurant, per the ABC.

Veteran real estate attorney Abe Schear, of Arnall Golden Gregory, opined to the AJC that The Varsity’s acreage is “the last great parcel in that part of Midtown,” with huge visibility. Kevin Green, Midtown Alliance president and CEO, noted that since 2015, $11 billion of new development has either delivered or launched construction in the 1.2-square-mile core of Midtown where The Varsity operates, claiming the bulk of large sites.

At The Varsity’s doorstep, hundreds of units of student housing have materialized in recent years alongside Norfolk Southern’s new high-rise headquarters, a 750,000-square-foot complex that consumed 3.4 acres across the street. The transportation company expects 3,000 employees to work at the headquarters complex eventually.

Which all begs the questions: What would work well here, in such a prominent location, in concert with a cherished business ? What would most benefit the city? What should The Varsity do?

Feel free to sound off in the comments section. But first, some visual context: 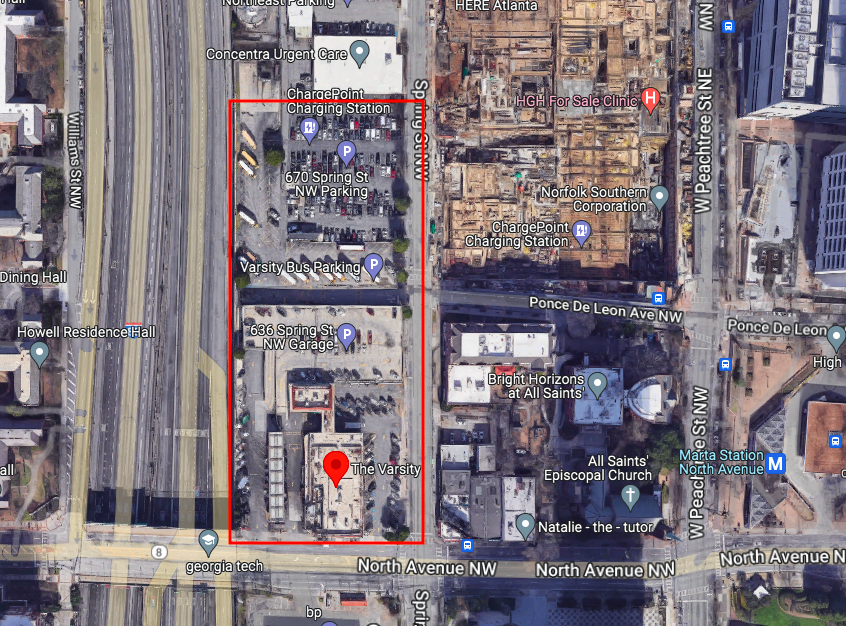 Approximation of the restaurant and parking lot properties in question. Google Maps 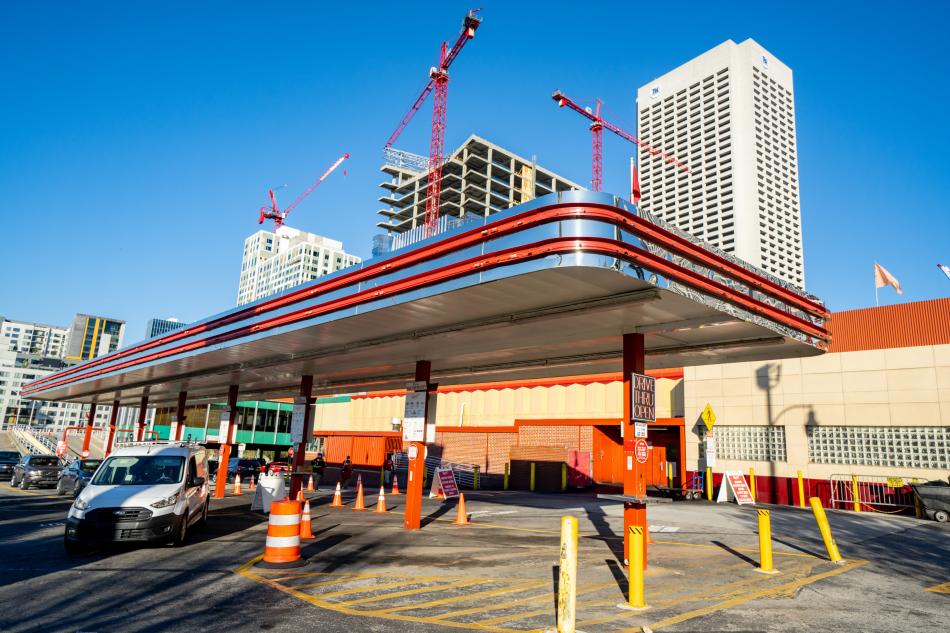 The Varsity property in the shadow of high-rise construction in December 2020.Shutterstock 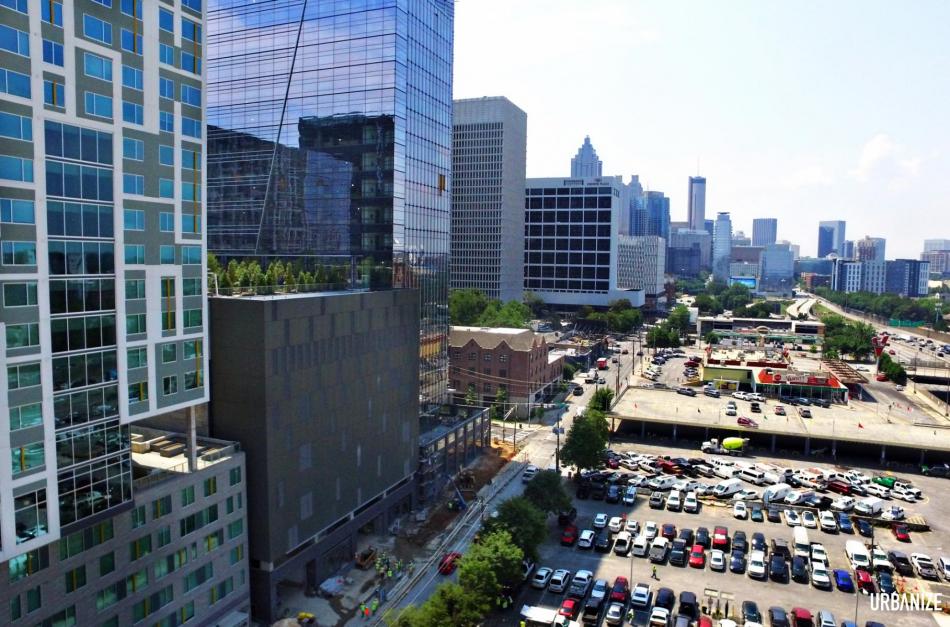 As seen in May 2021, three buildings finishing construction along Spring Street formed a wall of new construction over The Varsity and surface parking north of the restaurant.Jonathan Phillips/Urbanize Atlanta 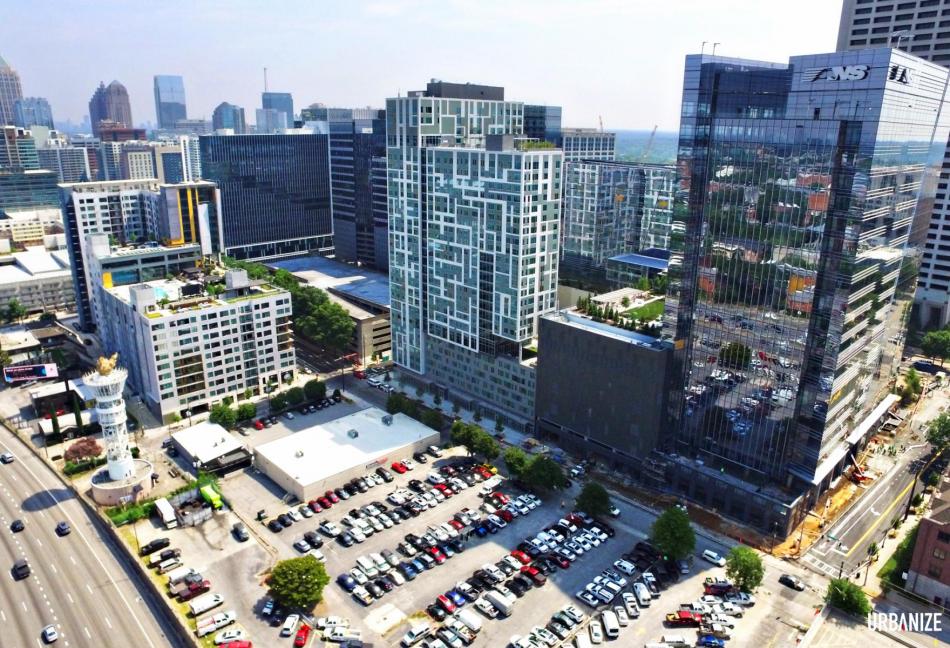