Plans are coming into focus for a hip office project that would continue altering the West Marietta Artery’s character from industrial railroad district to a more walkable mixed-use community.

Now called 1050 Brickworks, the 14-story project—described as a “unique and experience-driven creative office environment”—is a partnership between Chicago-based developers Sterling Bay and Charlotte-based Asana Partners, which has been active acquiring and redeveloping property along the BeltLine’s Eastside Trail, including Krog Street Market.

The 225,000-square-foot, Class A office building would remake a corner where West Marietta Street, Brady Avenue, and Eighth Street meet. 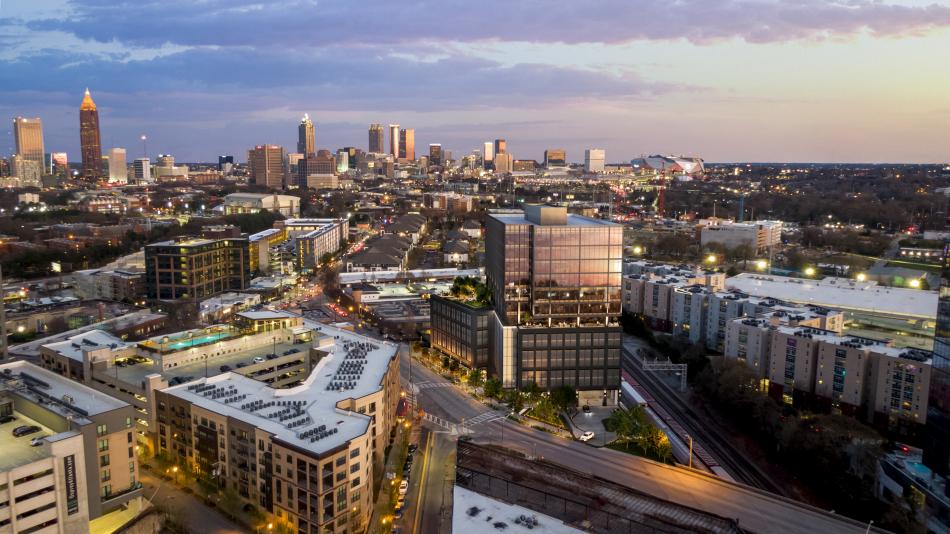 How the 1050 Brickworks project is expected to be slotted on a triangular site where West Marietta Street meets Brady Avenue. Courtesy of Sterling Bay/Asana Partners; designs, HKS

The site houses several low-rise commercial buildings on about 1.3 acres, between West Marietta Street and active railroad tracks. It falls within the Marietta Street Artery district, across the street from Home Park, in the area colloquially known as West Midtown for years.

Sterling Bay CEO Andy Gloor called West Midtown “one of the most dynamic and exciting submarkets in the Southeast” and fertile ground for office space “needed to attract today’s most forward-thinking companies,” according to an announcement provided today to Urbanize Atlanta. 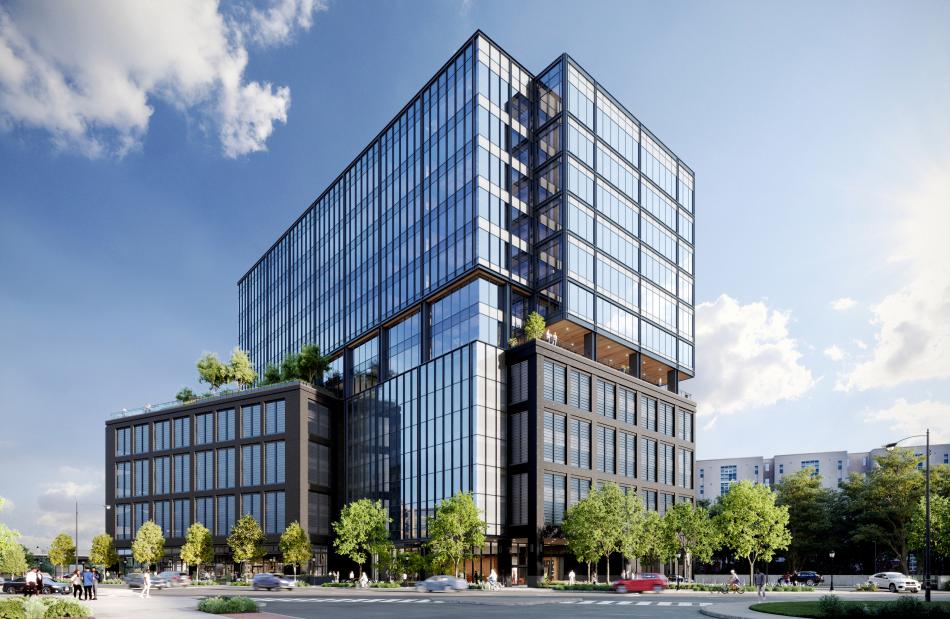 Plans for the 14-story facade at the corner of West Marietta Street and Brady Avenue.Courtesy of Sterling Bay/Asana Partners; designs, HKS

The office mid-rise is expected to complement and anchor the 166,000 square feet of dining, retail, and service space next door at Brickworks, which Asana Partners bought in 2020.

At its base, the HKS-designed office building would add 14,200 square feet of retail to the neighborhood. Other aspects would include a large deck overlooking the Atlanta skyline, some 12,000 square feet of amenity spaces, and a parking deck with 549 spaces. 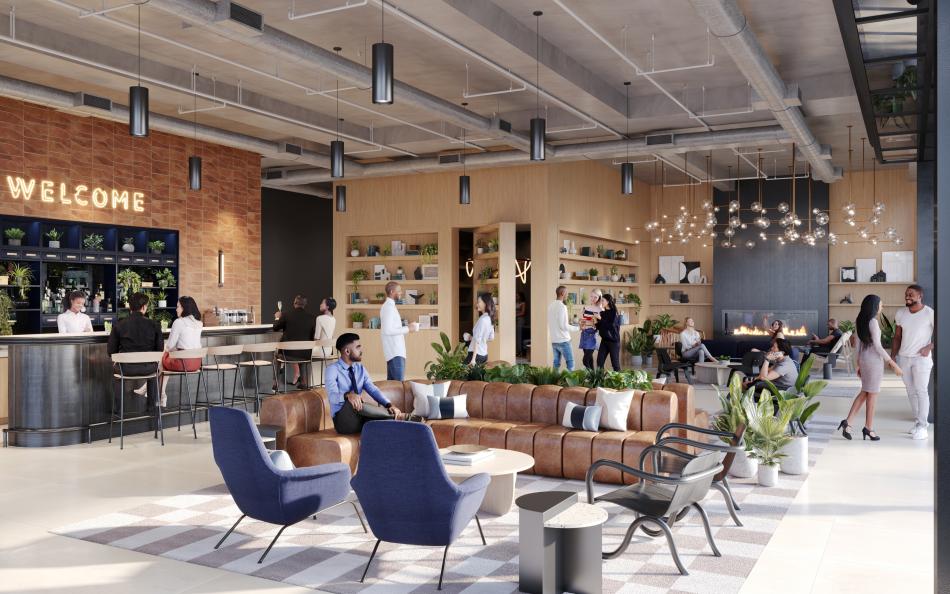 Rendering of the 1050 Brickworks amenity lounge. Tasked with leasing the project will be Bryan Heller, Peter McGuone, and Parker Welton of CBRE’s Landlord Representation Group in Atlanta.Courtesy of Sterling Bay/Asana Partners; designs, HKS

Beyond walkability to a growing slate of neighborhood retail, entertainment, and living options, perks of working at 1050 Brickworks are expected to include a fitness center, private library, a lounge and bar, outdoor workspaces, and private terraces for tenants, according to project officials.

1050 Brickworks is scheduled to break ground sometime this fall. A Sterling Bay spokesperson tells Urbanize Atlanta construction is expected to take roughly 24 months, meaning the building would open in fall 2024.

A land disturbance permit has been issued and the property rezoned to allow for mixed uses, according to city records. 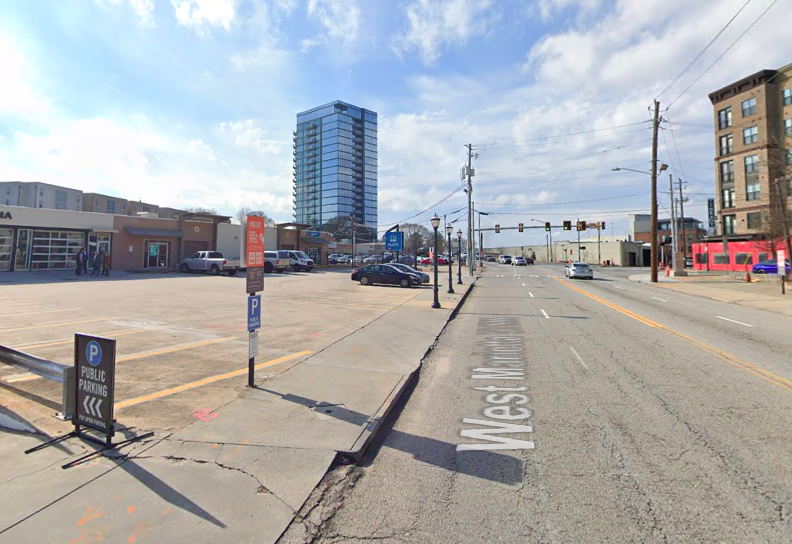 The office project would follow in the footsteps of the Seven88 West Midtown condo building in bringing a structure of considerable height to the former warehouse district. The 22-story condo tower opened in late 2020 across the railroad tracks, on the northeastern edge of English Avenue.