According to Atlanta Regional Commission estimates released today, metro Atlanta has packed on nearly 65,000 people in the past year—an uptick in growth from the same time period across 2020 and 2021.

That’s roughly equivalent to adding another Decatur and Milton to the metro mix in 12 months.

Each of those counties logged population increases in the past year, boosting the metro population by 1.3 percent overall. The growth puts metro Atlanta’s 11-county population total at 5.1 million, according to ARC’s findings. (Other estimates include counties such as Hall and Newton for a larger metro population tally.)

Gwinnett County has added 13,460 new residents since last summer—the most of any in the metro, ARC officials found. The next three counties with the largest population bumps were Fulton (11,200 new residents), Cobb (6,900), and Cherokee (6,890).

Meanwhile, according to ARC estimates, the City of Atlanta added 5,070 new residents between 2021 and 2022. That would be a rebound from the previous year, when ARC estimates indicate the city gained 3,230 new people.

In addition to U.S. Census Bureau estimates, ARC leans on changes in building permits by type over time as the core variable to estimate year-to-year population growth. Relatively strong increases in building permits, a fuller rebound from pandemic-caused job losses, and year-over-year job growth that outpaced the rest of the U.S. (as of April) were factors that drove metro Atlanta’s population boost.

“We’re clearly recovering from the initial shock of the pandemic in 2020,” Anna Roach, ARC’s executive director, said in today’s announcement. “These population gains are encouraging, and they’re a testament to the quality of life metro Atlanta offers.”

In the calendar year 2021, the ARC tabulated 27,164 new residential building permits issued across the 11-county region for both single-family and multifamily projects.

That’s a jump of more than 4,500 permits than were issued during tumultuous 2020, the ARC found.

In the broader context, however, ARC officials noted that permit activity remains below pre-pandemic—and far below pre-Great Recession—levels. Regional population growth likewise trails the annual increases the metro saw in the 2010s. 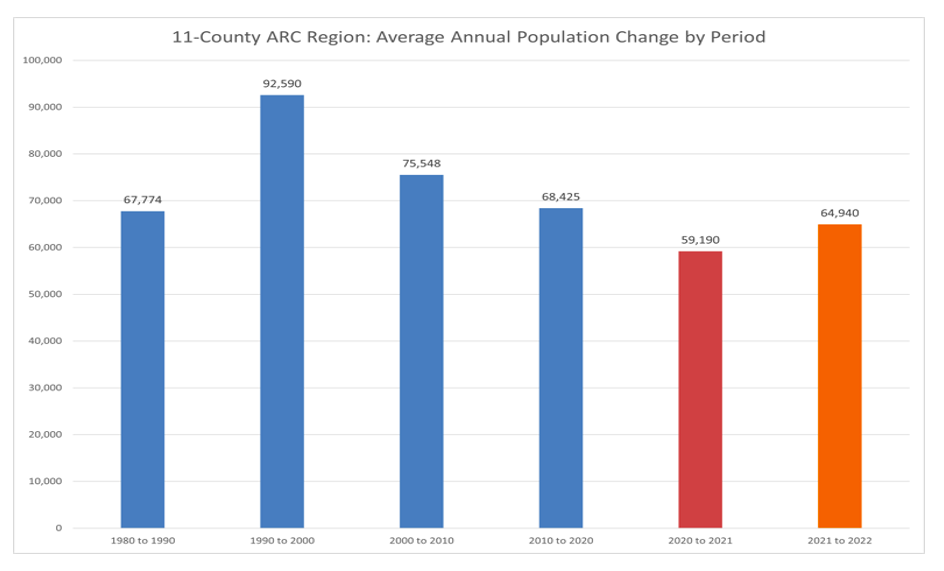 ARC’s analysis is the latest to find that metro Atlanta’s population, as usual, is on the upswing.

The U.S. Census Bureau, which counts a broader swath of counties as metro Atlanta, tabulated the metro’s population at more than 6.1 million earlier this year. 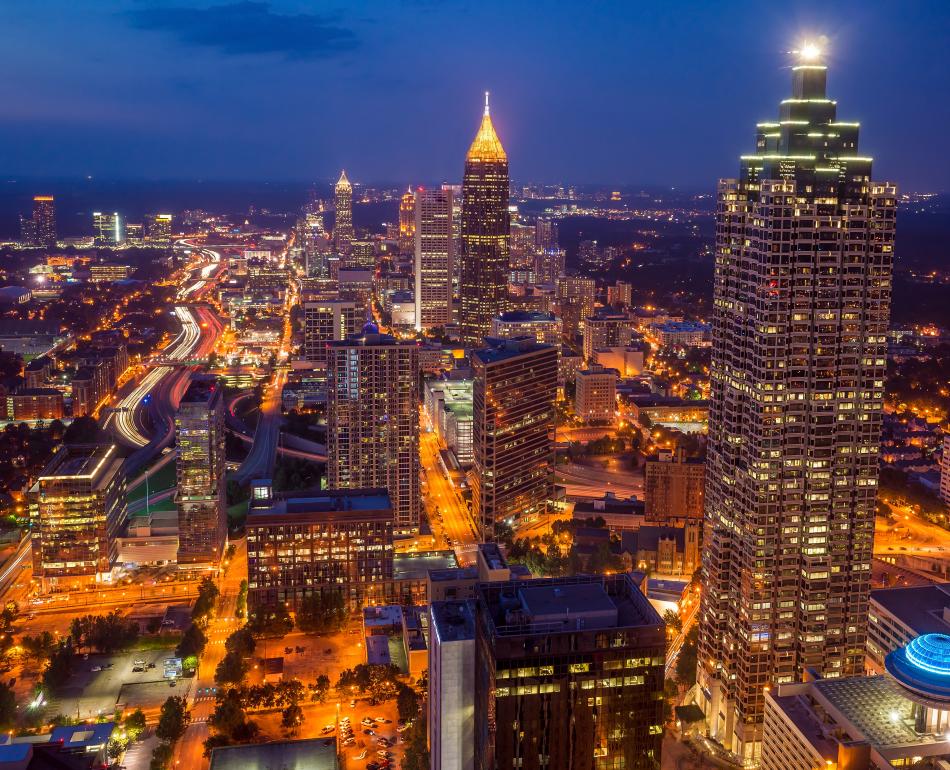 An analysis by JLL, a Chicago-based real estate and investment services firm, recently showed the ATL metro had netted more new residents (443,000) between 2015 and 2020 than all but two others in the U.S.—Dallas and Houston, respectively.

• What will Atlanta look like when the World Cup arrives in 2026? (Urbanize Atlanta)