Longtime Atlantans will recall when Memorial Drive, a busy east-west corridor dotted with moribund postindustrial properties and vacant lots, was a deterrent for homeownership.

The opposite is true now.

The latest evidence of Memorial Drive’s cachet is the 20-unit Edgewood Square project, which has sold all of its new homes months before the first ones will be completed.

The boutique townhome community, developed by a company called Base Residential, is rising where Memorial Drive meets Dahlgren Street, about three blocks east of Moreland Avenue.

According to listing agent Allen Snow, an Atlanta Fine Homes Sotheby’s International Realty associate broker, each of the 16 new units at Edgewood Square quickly went under contract in roughly a six-month span, ending in April. 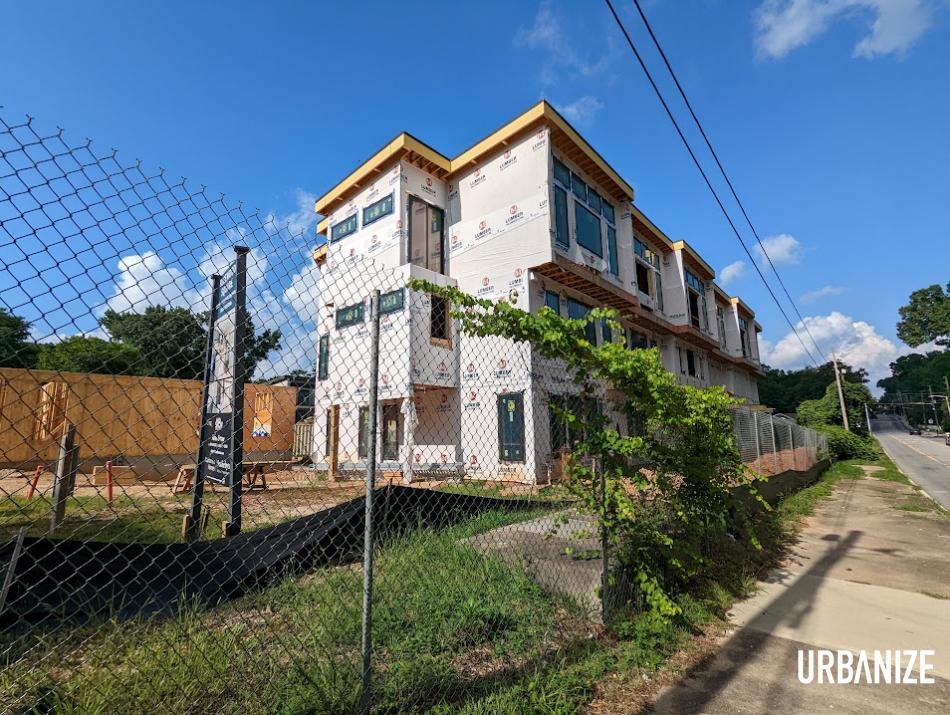 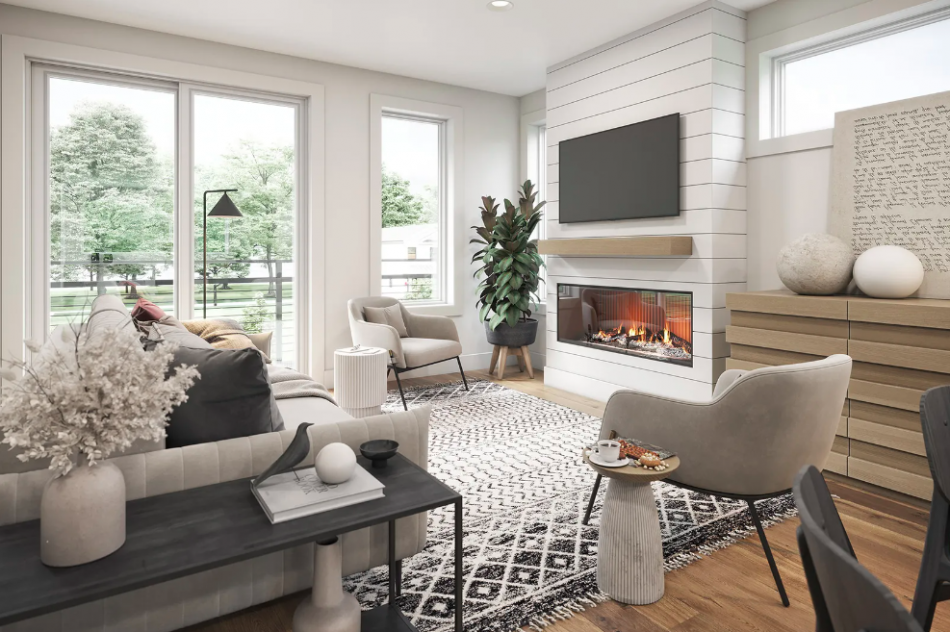 All are three-bedroom, three-and-½-bathroom townhomes, with just under 2,000 square feet. They’ve sold from the mid-$500,000s to almost $600,000. The first new units are expected to deliver in September, followed by the final building around December, according to Snow.

Beyond Edgewood Square, Snow represents Walker Place, Warren South, The Warren, and The Moderns, all recently delivered or under-construction townhome projects along Memorial Drive. Of those, only two units at Warren South remain unclaimed.

“Between last fall and I would say April of this year, it was any kind of [new] townhome in that area, I was getting calls constantly for it,” said Snow. “They all sold, for the most part, during that six-month timeframe. It’s crazy.”

Elsewhere on Memorial Drive, Empire Communities’ 66-unit Paintbox community has only a couple of units still unsold in Kirkwood.

Other new townhome options in the neighborhood are asking as much as $680,000, although they’re larger and more walkable to the Edgewood Retail District.

Snow says the buying frenzy has cooled over the past two months, as interest rates have spiked. But buyers along Memorial Drive have been gravitating to it as an opportunity to live “on the fringes of really hot neighborhoods” with prices lower than comparable properties a few blocks north, he said.

“During that period of time, it was an affordable price, especially with low interest rates, and it’s in a good area, expanding off the Memorial corridor,” said Snow. “So it’s just been kind of a surge in Edgewood and Kirkwood going all the way down Memorial. You push that townhome a little north, and you’re looking at another $150,000 on top of [the price]. Buyers have made good investments, because [values] have gone up since.” 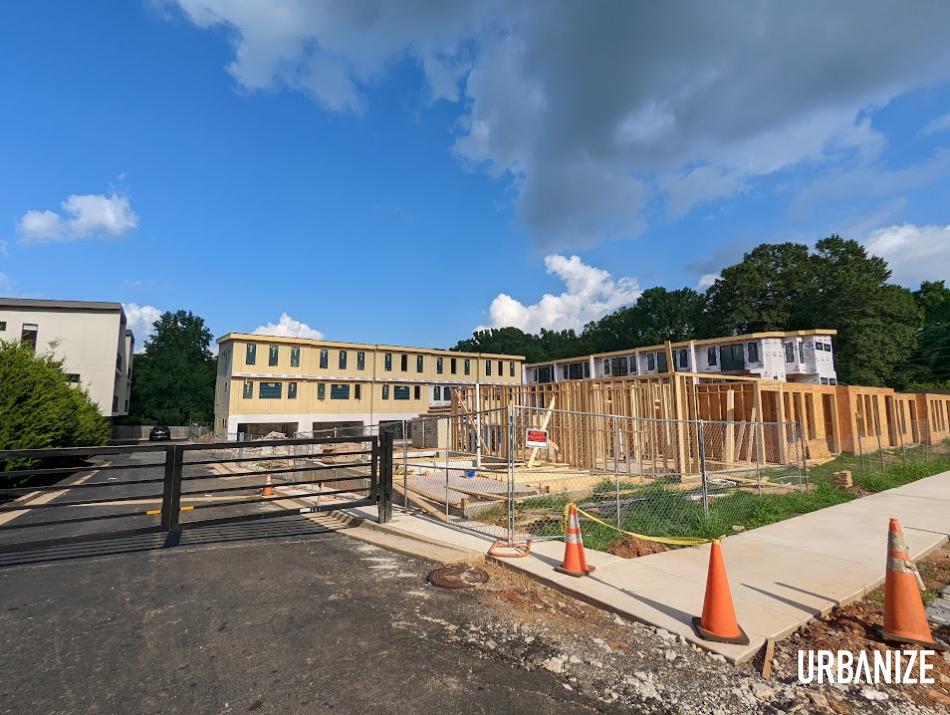 Edgewood Square joins a flurry of townhome builds from Reynoldstown to East Lake replacing either vacant, underused, or church properties. Another townhome venture called The Carlyle was previously set to claim the long-cleared corner property in Edgewood. That modern, gated community of three-bedroom units didn’t fully materialize, although infrastructure including a street was installed. One flank of four townhomes had stood over the idle site for several years.

Snow said Base Residential’s goal was to stick with the original designs as closely as possible when relaunching the project last fall. Head up to the gallery for a closer look.