The latest sizable development to enter the Old Fourth Ward pipeline is a 195-unit apartment mid-rise planned for a steeply sloped block of North Avenue, just west of Ponce City Market and the BeltLine.

The company counts lofts and apartment communities in its portfolio across Atlanta; more recent projects include the conversion of a downtown church into lofts, and the ongoing adaptive-reuse revival of the Abrams Fixture Corporation complex in Adair Park.

On North Avenue, Braden Fellman’s building would total 179,690 square feet with a 193-space parking garage below the apartments. Ten percent of the rentals, or roughly 20 units, would be reserved for tenants earning 60 percent of the area median income or less, to comply with BeltLine Inclusionary Zoning District rules. 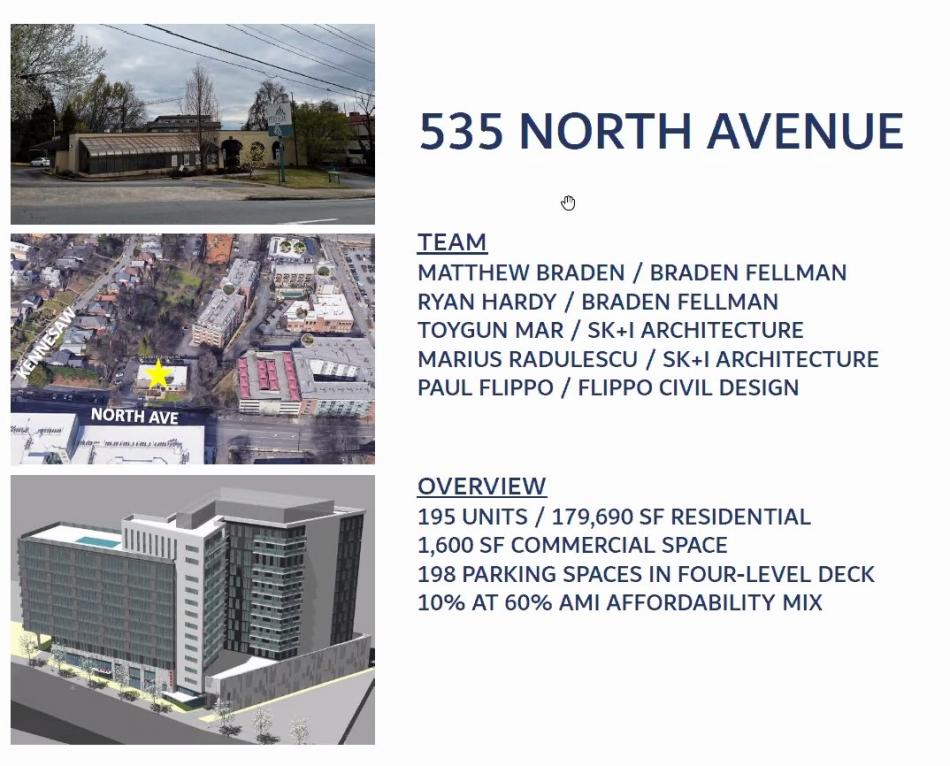 Another facet of the project would be a 1,600-square foot retail space to house the property’s current owner, Atlanta Teachers Credit Union, according to building permit filings. We’ve reached out to developers for more information on where the project stands but have yet to hear back.

Renderings indicate the apartments would climb roughly 14 stories on the hatchet-shaped site, topped with a pool.

Maryland-based SK+1 Architecture has been tapped to design. Its past projects in Atlanta include Modera Midtown overlooking the Connector and Modera Prominence in Buckhead.

The three-parcel site, currently home to Pinnacle Credit Union, is sandwiched between a parking garage and single-family homes on Kennesaw Avenue. Across the street, Crescent Communities’ Novel O4W replaced a fire-damaged apartment complex a couple of years ago.

The site has almost 350 feet of frontage on North Avenue. According to Bull Realty, which listed the property for $7 million last year, it’s been approved for both residential and commercial uses. 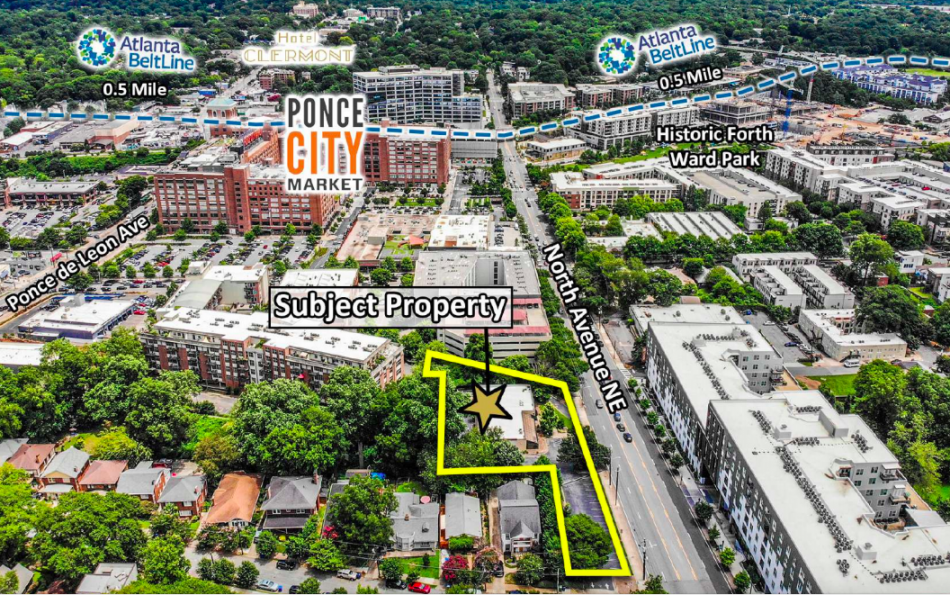 The project would continue a groundswell of development in the blocks between Boulevard and the BeltLine.

That includes two new 21-story residential towers under construction as part of Ponce City Market’s second phase, positioned on opposite corners of the century-old landmark’s block.

Just south of PCM, New City’s massive, multi-tower Fourth Ward project expects to start pulling down its fences for public use later this year. Once fully built, that development could represent a billion-dollar investment beside the BeltLine.