Any intowner with even a passing interest knows Old Fourth Ward has been one of Atlanta’s most dynamic and amorphous neighborhoods for more than a decade, an anomaly in terms of home-price appreciation and gentrification woes, but also a cradle of its civil rights legacy and hotbed of bold redevelopment ideas that get done and succeed.

If there’s any Atlanta district wanting for national attention to help fan the flames of change, it’s not O4W. But that’s happening this week nonetheless.

Real estate news and analysis site Inman has shortlisted the eastside neighborhood among its “America’s Hottest Neighborhoods” for 2021. The O4W, as Inman summarizes, is “steeped in history, well-located, and one of the hottest neighborhoods in one of America’s ascendent cities.”

The story is the latest installment in a series, published in conjunction with Rocket Pro Insight, called “12 in ’21,” which is spotlighting neighborhoods in cities across America “with booming economies and dense amenities,” as Inman puts it. 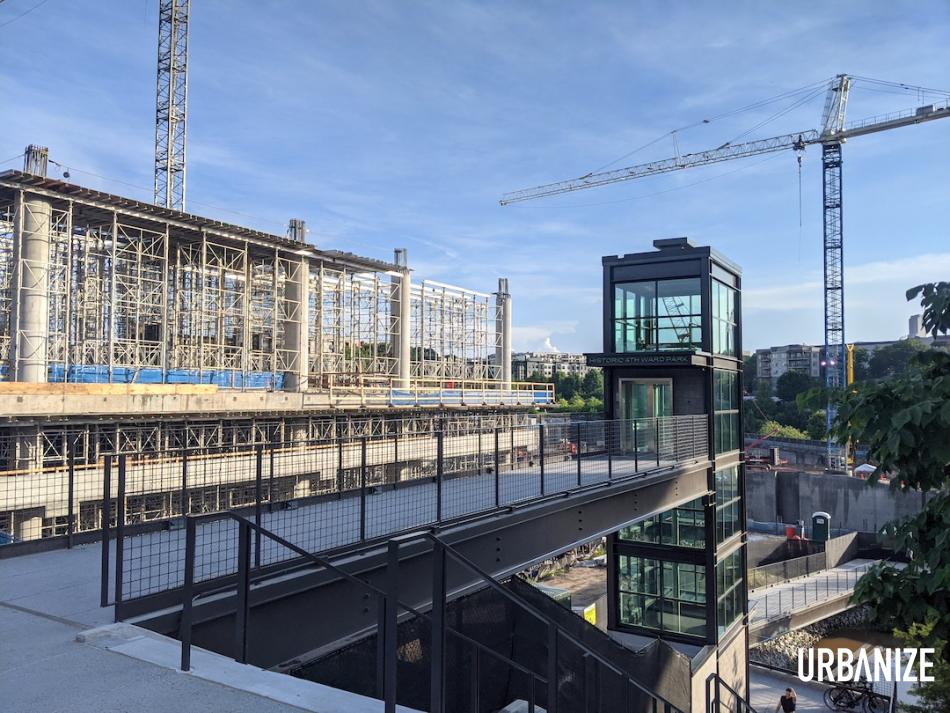 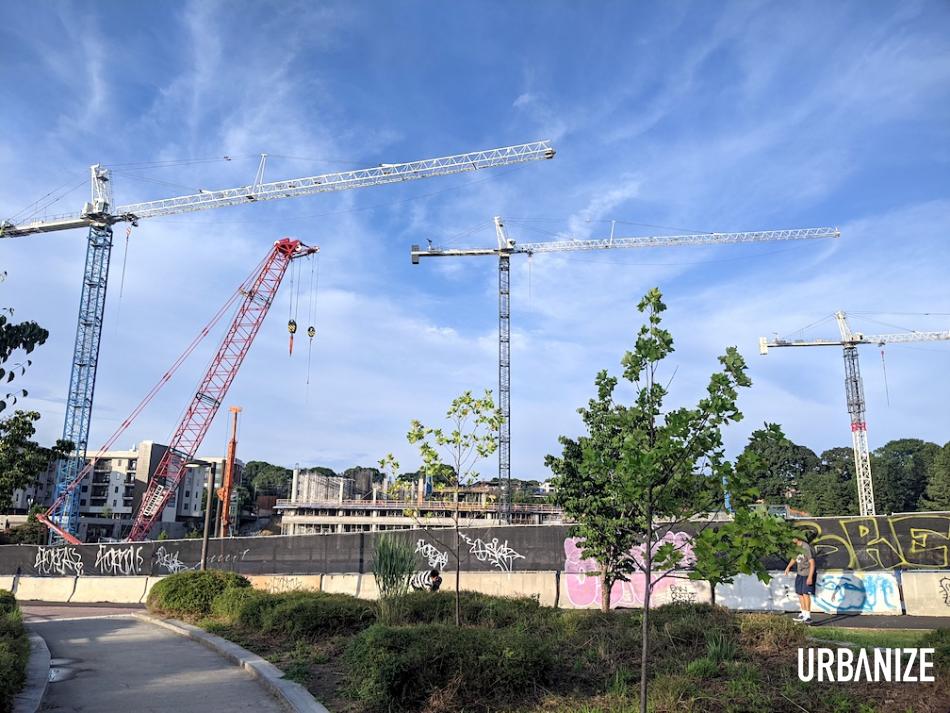 O4W’s population, for starters, has more than tripled since the 1990s, and Inman cites U.S. Census data that show the neighborhood’s 11,600 current residents represent a 7 percent boost in year-over-year population.

With that influx has come demand—and an explosion in home prices and rents.

Median sales in those two areas had ballooned by May to $330,000 and $395,000, the latter representing an 18-percent increase since last year, Inman reports, citing Redfin data. They quote one Atlanta native and longtime O4W resident who knows people who bought homes in the $70,000 range years ago and recently offloaded them for around $700,000.

Rents in those two O4W zip codes, meanwhile, had jumped by an average of 31 percent since the beginning of 2016, per Zillow’s rent index for the neighborhood.

Hot indeed. For better or worse. 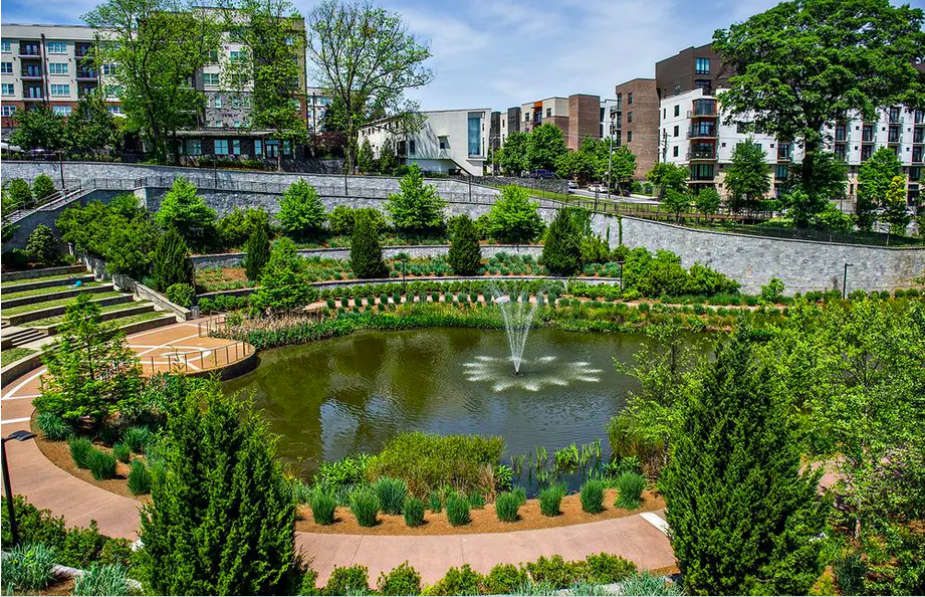 The area around Historic Fourth Ward Park has seen an explosion of multifamily investment the past decade. Courtesy of Jonathan Phillips

The article does take a thorough look at positive aspects that have resulted from so much investment and redevelopment. Those include gorillas in the ward like Ponce City Market and the BeltLine’s Eastside Trail, but also the proliferation of restaurants and drop in overall crime. The writer notes that Eats—"a hole-in-the-wall southern comfort food restaurant” is one of his “favorite eateries in the world.”

A local Realtor quoted in the piece describes the O4W scene around the BeltLine as anti-corporate and thriving.

“There are no chain restaurants,” Sarah Mercer Chatel, head of Keller Williams’ Chatel Group, told Inman. “The coffee shops are locally owned. It has a very eclectic, artsy, SoHo feel. But SoHo in the ’80s and ’90s.” 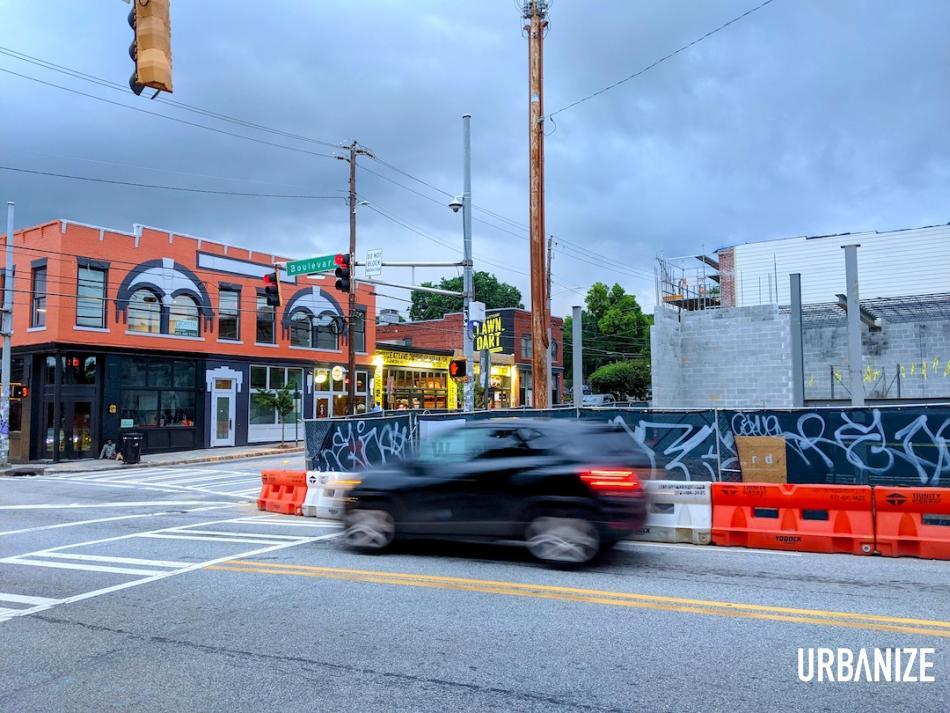