Perhaps it sounds ironic that a European brand long synonymous with gas-powered exotic cars is making an effort to go green, but Porsche says the proof will be in the megawatt pudding at its growing North American headquarters in Atlanta.

Porsche Cars North America has signed a deal with Georgia’s largest non-utility provider of solar energy to build and operate a solar-powered microgrid at One Porsche Drive—an effort that will see solar panels installed soon on most new and existing buildings at the multifaceted complex neighboring Atlanta’s airport.

The microgrid installed by Cherry Street Energy is expected to use solar panels to power “a significant portion” of electricity needs at a facility that combines Porsche’s corporate headquarters with the expanding Porsche Experience Center Atlanta, officials announced this week.

It also means that Porsche’s first foray into electric cars, the Taycan, will be charged from renewable power in Atlanta, where a fleet is available for visitor driving experiences (from $650 for 90 minutes). 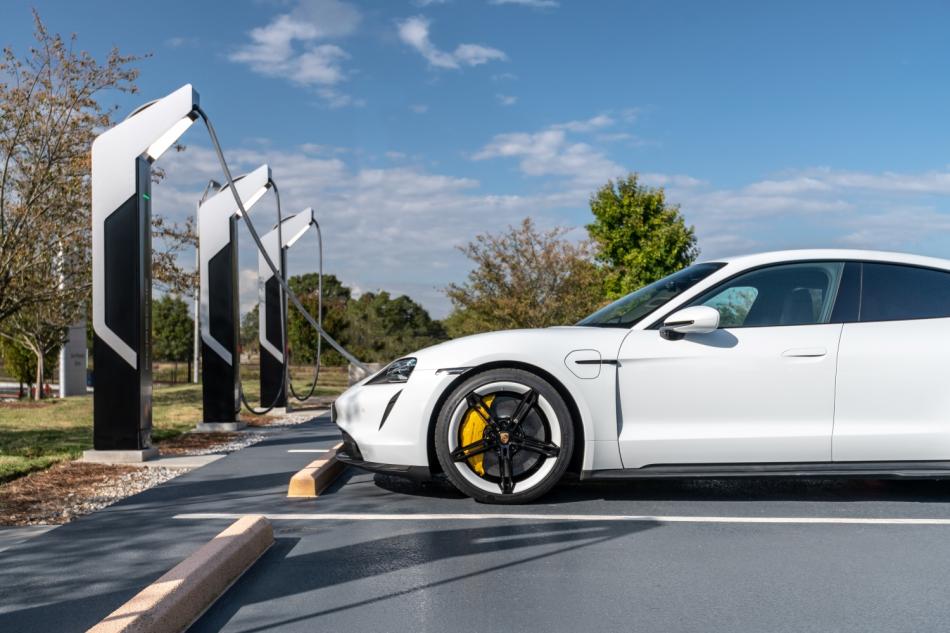 Kjell Gruner, PCNA’s president and CEO, said the move toward “harnessing Georgia sunshine” with a microgrid “makes perfect sense” and demonstrates Porsche’s commitment to sustainability. (Porsche is aiming to be CO2 net neutral with its new vehicles by 2030.)

The PCNA campus and Experience Center—one of two in the U.S. and 10 around the world—is undergoing a $50-million expansion that includes a second driver development track for public use.

Other features will include the Porsche Classic Factory Restoration facility, a new parking deck, and one component that’s already open, Porsche Service Center South Atlanta. It's adding 33 acres to the existing 27-acre campus, expanding the campus footprint toward downtown Hapeville. 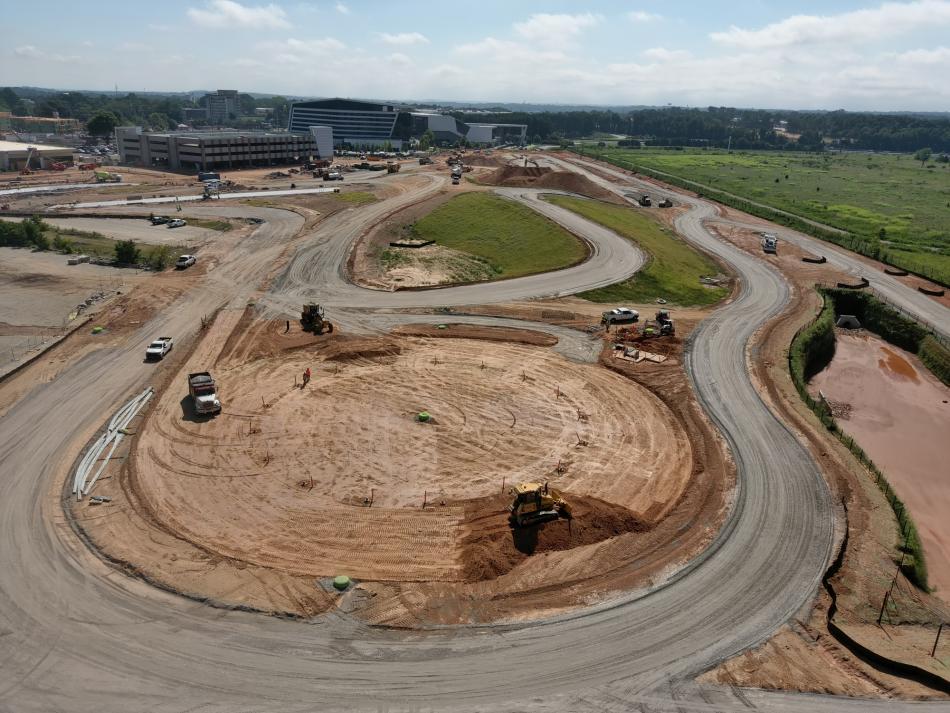 The future solar power system at One Porsche Drive in Atlanta will include solar panels that will be installed over the next year on most new and existing buildings. This view of the expansion project from the west shows the state of construction this month, including the future second driver development track in the center.Brasfield & Gorrie, via Multivista

Installation of the solar microgrid is expected to start next month and wrap up next year.

Cherry Street Energy estimates the system will annually generate 2,050 megawatt hours of electricity, or enough to power 191 average homes for a year. According to Porsche officials, that will spare the air from about 3.2 million pounds of CO2 annually, or the equivalent of an average passenger car driving 3.6 million miles.

Visitors can expect solar panels to be mounted on buildings throughout the complex, a new 950-foot covered walkway extending off a parking garage to the headquarters building, and on the roofs of staging areas near the two race tracks.

Plans call for Cherry Street Energy to own, operate, and maintain the microgrid under a 25-year operation agreement, selling the generated power to PCNA, officials said.

Straddling the Hapeville-Atlanta line, the campus expansion is being designed to achieve LEED Gold certification. The current One Porsche Drive campus, which opened seven years ago, previously earned that certification.

Porsche officials say the expansion is on track to finish construction in early 2023.