The trend of boxy apartment towers stacked 30-something stories over parking garages appears set to continue on Atlanta’s marquee street.

Austin-based developer LV Collective has submitted plans to the city, and brought preliminary designs before the Midtown Development Review Committee, for a 37-story apartment tower that would replace a nearly 1-acre surface parking lot on Peachtree Street.

The 736 Peachtree Street parcel—consisting of the southwest corner of Peachtree and 4th streets, with frontage on Cypress Street—is located about two blocks north of the Fox Theatre, on the same side of Peachtree. 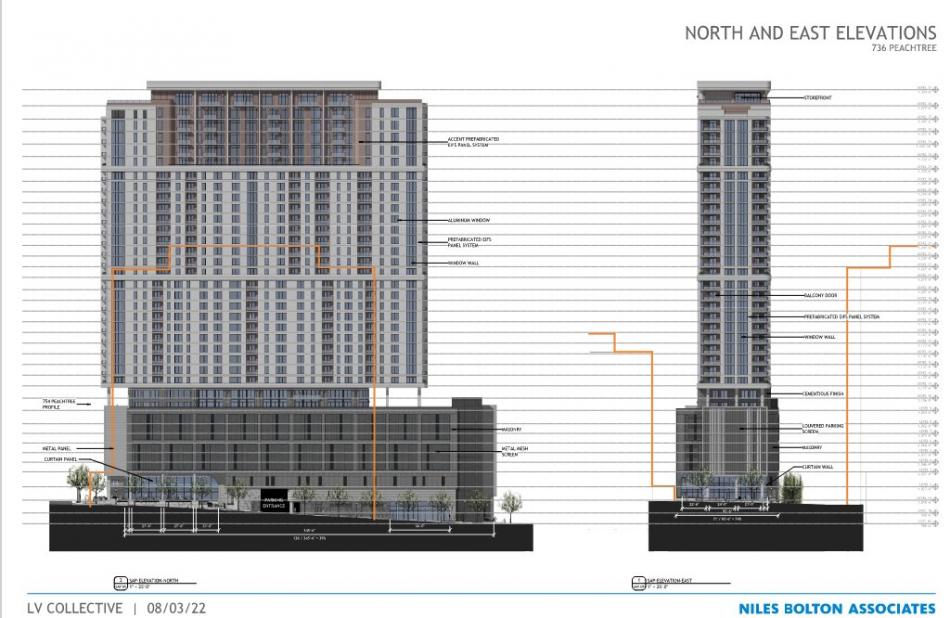 Plans for the building's profile along 4th Street, at left, and on Peachtree Street, right, where enough space for a cafe is included at the base level. LV Collective/City of Atlanta Office of Buildings; designs, Niles Bolton Associates

According to renderings that have come to light this week, the building’s general shape and orientation of screened parking over retail and lobbies could bring to mind a nearby apartment project that’s claiming another surface parking lot on Peachtree Street: PMG’s 31-story Society Atlanta tower, now under construction where Peachtree meets 6th Street.

And also CA Ventures’ new 33-story project at Peachtree and Eighth streets, albeit glassier and with fewer protruding balconies. 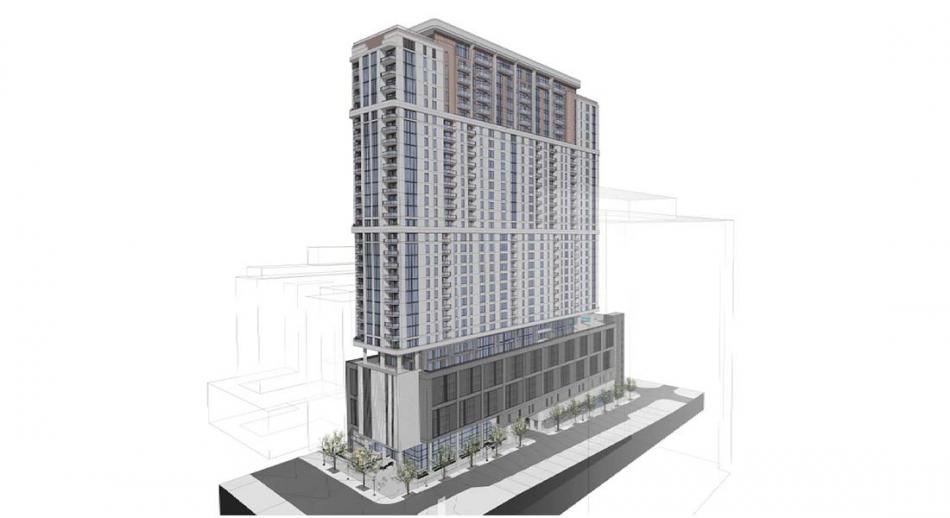 Plans for the Niles Bolton Associates-designed tower also call for 3,000 square feet of café space fronting Peachtree, with a leasing office and resident lobby around the corner on 4th Street.

Above that would be a screened parking podium of eight levels with 489 vehicle spaces. The ninth story would feature the building’s indoor and outdoor amenities, overlooking Cypress Street. 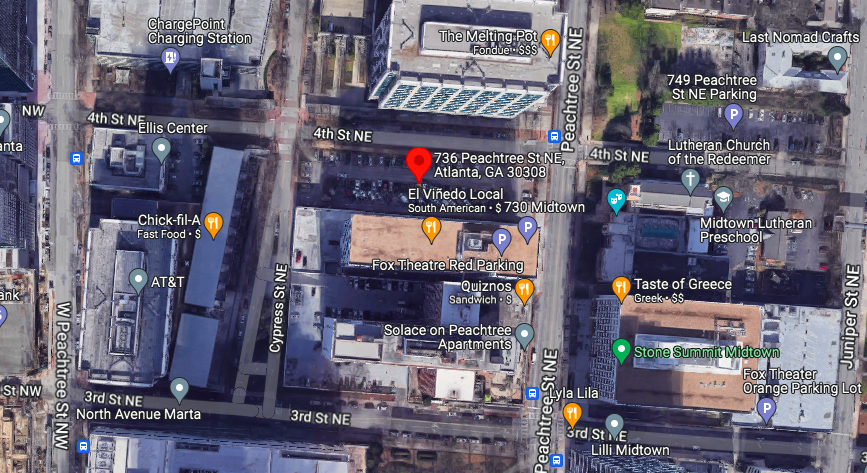 A closer look at where the LV Collective project would be slotted between Cypress and Peachtree streets. Google Maps

The .96-acre site is currently owned by an LLC called West Peachtree Ventures. It hasn’t sold since it went for just over $8 million in 1999, according to Fulton County property records.

Midtown Alliance expects to release a recap of the DRC’s recommendations for the project today, and we’ll relay highlights here when available. Head to the gallery above for more images and context.