A year after it began climbing next to legendary Midtown club Bulldogs, Peachtree Street’s latest glassy high-rise has topped out in anticipation of preleasing soon, according to developer CA Ventures.

The project, called 903 Peachtree for its address, is set to add 427 more apartments to Midtown’s core commercial district. At the base will be 9,568 square feet of retail space.

Erin Higgins, director of leasing and marketing for the Chicago-based developer's residential division, says 903 Peachtree has reached its top height of 33 stories. Preleasing for apartments is expected to start in the spring, followed by the building’s opening later this year. 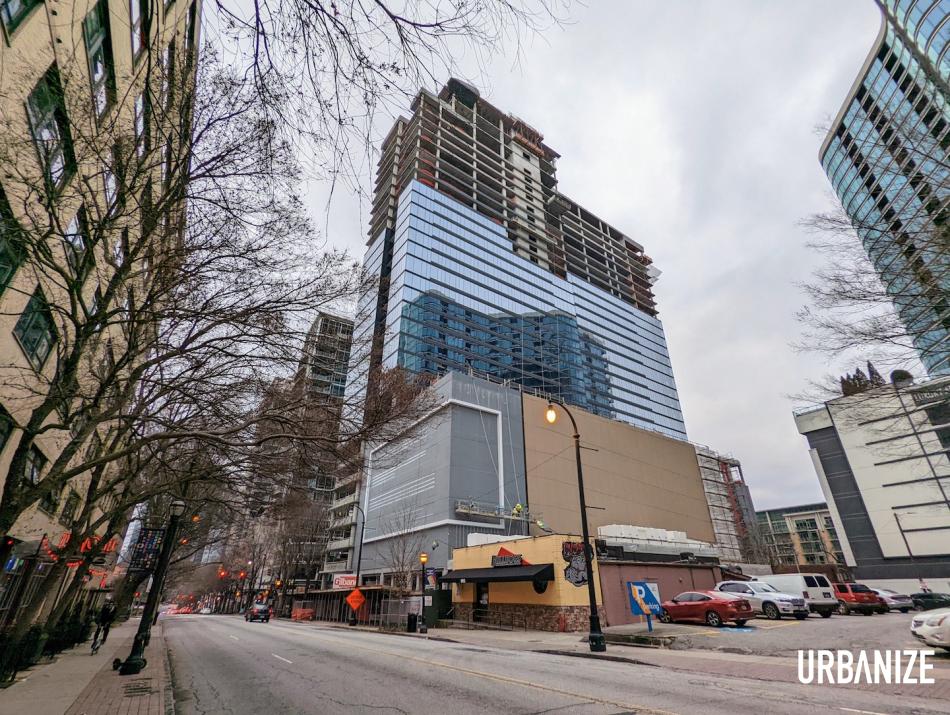 The Solomon Cordwell Buenz-designed tower, positioned where Peachtree and Eighth streets meet, is tall enough to stand out from Piedmont Park and other points east. We’ve asked for an estimated range on rents, and what Atlantans might expect from the building’s retail spaces, and we’ll post any updates that come.

Eateries Bezoria and Noodle and a T-Mobile store had previously operated at the 903 Peachtree site. CA Ventures bought the property in early 2020 for $14.8 million, city records show. 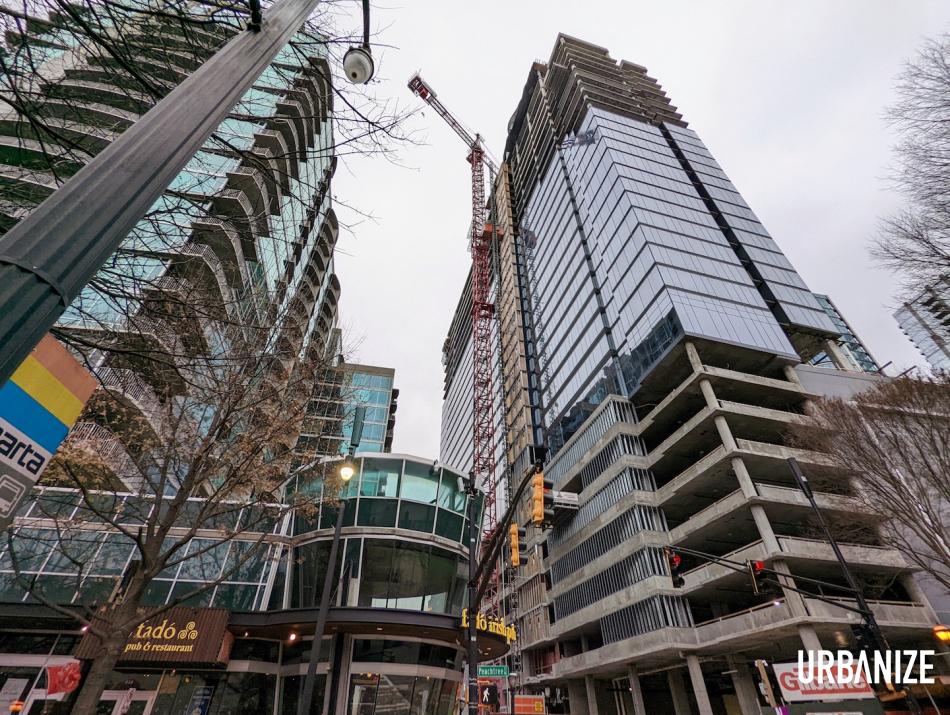 Two blocks south of 903 Peachtree, another 33-story, upscale apartment tower called Society Atlanta is moving forward as a joint venture between New York and Miami-based PMG and Toronto-based Greybrook Realty Partners. That building's expected to open with another 483 rentals in fall 2024.

The Peachtree Street venture marks the largest in a flurry of Atlanta development activity by CA Ventures in recent years, including the redevelopment of 1950s-era Buckhead condos Paces Green into another luxury apartment tower on East Paces Ferry Road.

In the gallery above, have a closer look at how 903 Peachtree is turning out.