Officials with general contractor Balfour Beatty send word that two mid-rise buildings have delivered in Midtown’s core business district, claiming a highly visible parcel at Spring and 14th streets that had functioned as a dusty pay parking lot for well over a decade.

Like the recently finished Midtown Union, the project is unique in that it involved multiple developers—Crescent Communities and Atlanta-based Greenstone Properties—simultaneously constructing buildings with different uses at a shared site. 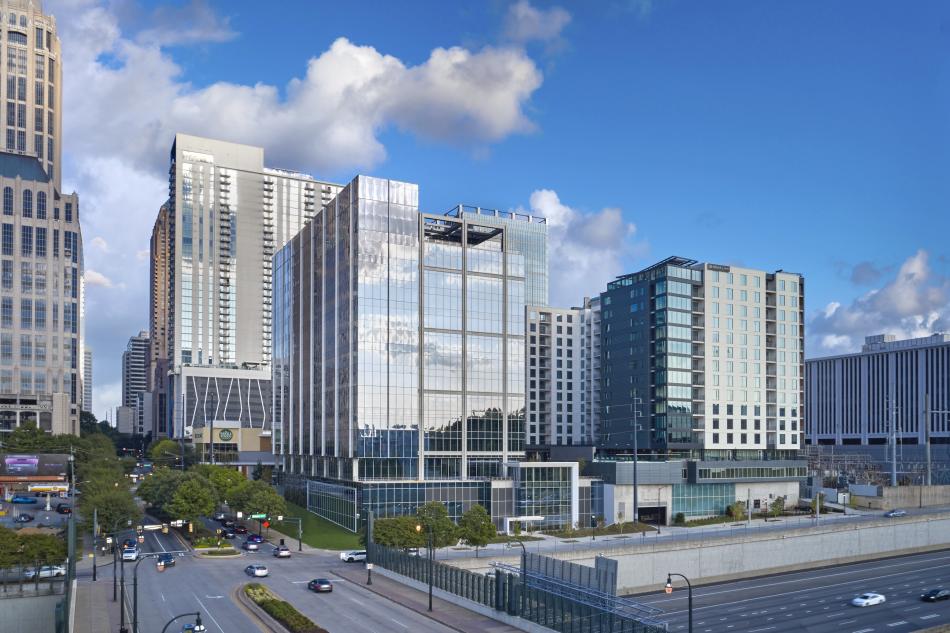 The taller of the two structures, Crescent’s 14-story Novel Midtown, brings 340 more apartments to the Spring Street corridor, joining other Novel-branded intown projects in Old Fourth Ward and Blandtown. Perks include a 14th-floor Skydeck with indoor and outdoor social spaces and skyline views.

Greenstone’s glass-clad 14th + Spring office tower, a 324,000-square-foot joint venture with Goldman Sachs, stands 12 stories with what’s described as “unparalleled visibility across the Atlanta skyline.” The building’s vehicle access from the Connector and 14th Street is described as “future proof.”

Both buildings overlook the Midtown Whole Foods on Spring Street, declared the Southeast’s largest when it finished construction in 2019. They’re bordered to the west by Williams Street and the Connector, and they share an 850-space parking deck that Balfour Beatty officials call “underground.” 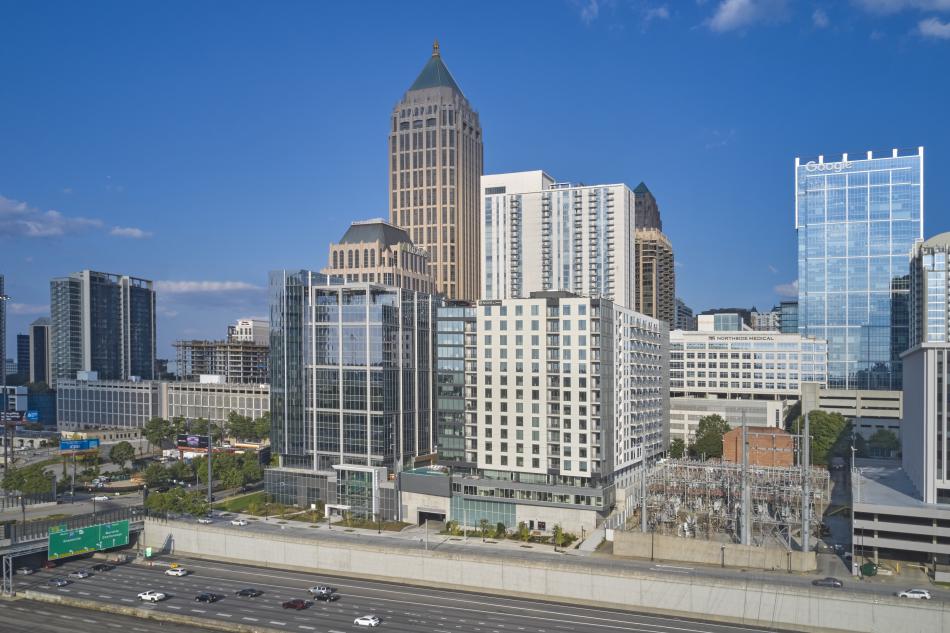 On the retail front, the Novel building features 3,200 square feet at street level anchored by the seventh location of Land of a Thousand Hills Coffee & Social, a concept local to metro Atlanta.

The office building adds another 5,120 square feet of retail at the street, though no tenants have been announced there.

At the office building’s northern base, a one-block linear park has been installed thanks to a complex land deal involving the City of Atlanta, Georgia Aquarium, Greenstone Properties, and signage companies Outfront Media and Clear Channel.