Just south of the point where Midtown’s Peachtree Street bends west en route to Buckhead, a large-scale development is brewing that could incorporate an existing building while remaking a block fronting three major streets.

The developer expects to break ground within a year to 18 months on 15 stories of new construction that would cost roughly $100 million, as Bisnow Atlanta first reported.

The mix of uses would run the gamut, with 171 multifamily units, 4,950 square feet of coworking space, a little more than 29,000 square feet of restaurant, retail, and commercial space, in addition to 141 hotel rooms, per Tenth Street Ventures’ special administrative permit filing this week.

Brian McCarthy, a Tenth Street Ventures principal, told Bisnow the building would feature apartments on lower floors, with short-term and medium-term hotel units above. Some units would be reserved as affordable housing for low-income Atlantans to fill the void left by extended-stay rentals that “continue to disappear” around the city, McCarthy told the news site. 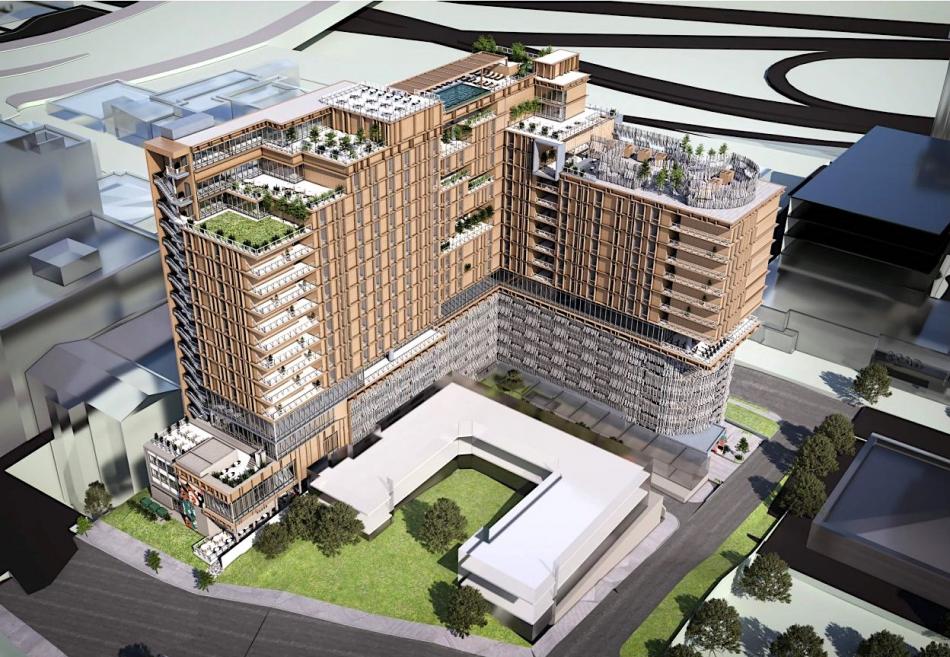 How 20 stories of new construction would have risen where West Peachtree Street meets 19th Street. At bottom are the historic Winnwood Apartments being converted to affordable rentals by a separate development team. Tenth Street Ventures; designs, Blur Workshop

The L-shaped new structure would also incorporate the so-called Master Mind Thinker Building into plans. At the street, that 15,000-square-foot low-rise would be converted to a café and lobby for apartments and hotel tenants above, while two upper floors would be remade as commercial spaces with rooftop seating, per Tenth Street Ventures’ plans.

Renderings indicate Atlanta-based Blur Workshop is on board to design the project. 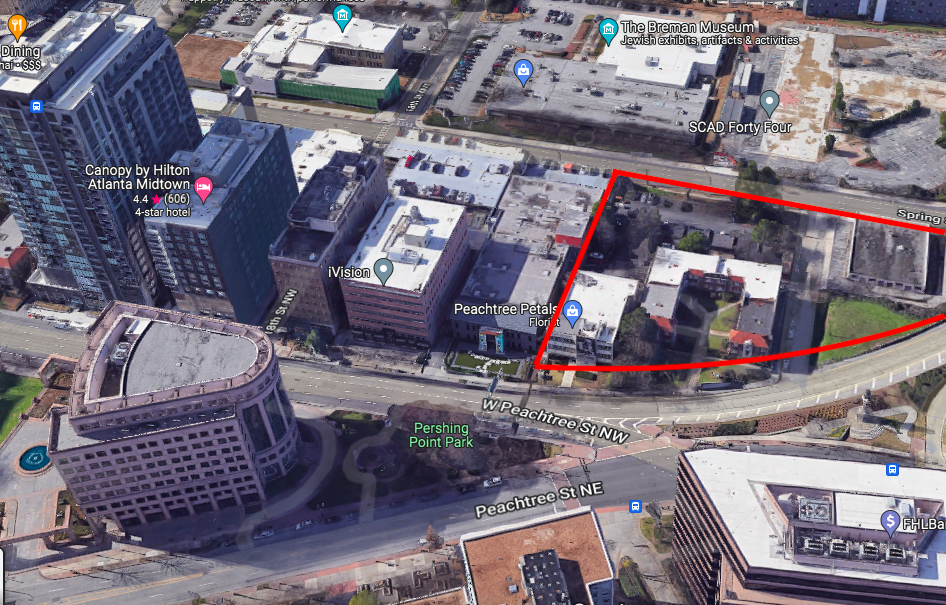 The new tower would surround the U-shaped, historically protected Winnwood Apartments along West Peachtree Street. That two-story, brick structure was built in 1931 in a Georgian Revival-style by the once-prominent Atlanta firm H.W. Nicholes and Sons, and it remains one of the last examples of the architecture style left standing in the city, according to preservation organization Easements Atlanta.

The Winnwood Apartments were once controlled by Tenth Street Ventures, too, but when four of the company’s managing partners split off to form a development firm called Urban Landings in 2021, the old rentals transferred with them, officials told Urbanize Atlanta earlier this year.

Urban Landings has partnered with GBX and Easements Atlanta to refurbish and reconfigure the 90-year-old property into roughly 50 units—all micro apartments and one-bedrooms that officials have promised will be relatively affordable for the area. 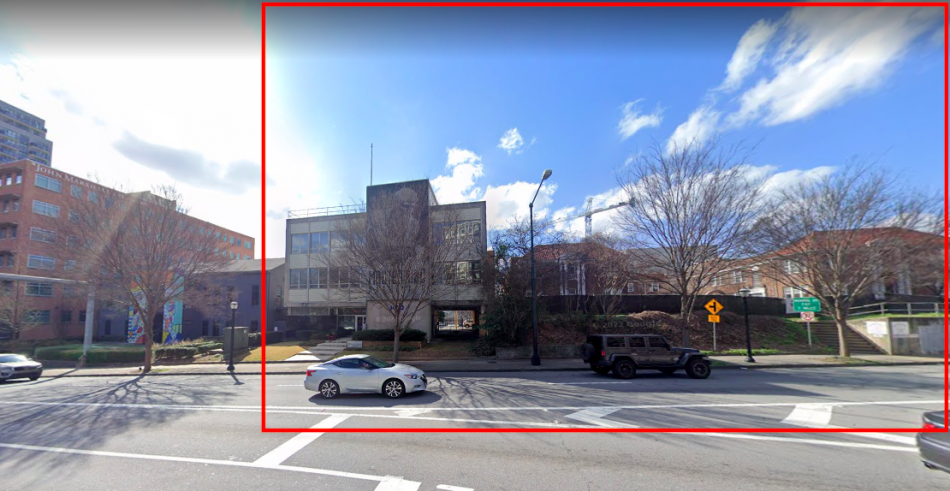 Urban Landings succeeded in earning a spot for the apartments on the National Register of Historic Places last year, enabling developers to access historic tax credits to help make the project financially viable. The redevelopment team said in January they hoped to wrap renovations on Winnwood Apartments in the fourth quarter of this year.