The latest modern-style building to take shape within sight of the Atlanta BeltLine corridor isn’t a snazzy triplex or trendy loft offices but the versatile, future home base of Trees Atlanta.

With demolition and brownfield cleanup in the rearview, vertical construction of the green advocacy group’s new headquarters is nearing completion in Oakland City, a few yards from a popular entrance to the BeltLine’s Westside Trail.

The indoor-outdoor 825 Warner Street SW campus is meant to accommodate the conservationist nonprofit’s growth and engage Trees Atlanta staff, neighboring businesses and residents, and school kids in the area. Demolition last year took down a 1930s industrial building on site once used by baking companies—and as an art space called The Bakery.

Still standing is a tall steel cylinder, once used as a grain silo, that will be incorporated into new designs.

Plans by Lord Aeck Sargent architects call for a 19,000-square-foot headquarters building with offices, events space, and classrooms, plus a 3,100-square-foot operations building.

A large meadow is planned for the east side of the site, near the BeltLine, along with a connecting trail to the Westside Trail, 54 parking spaces, and 22 bike spaces, as specified last year. A giant Southern red oak tree on site is being preserved. 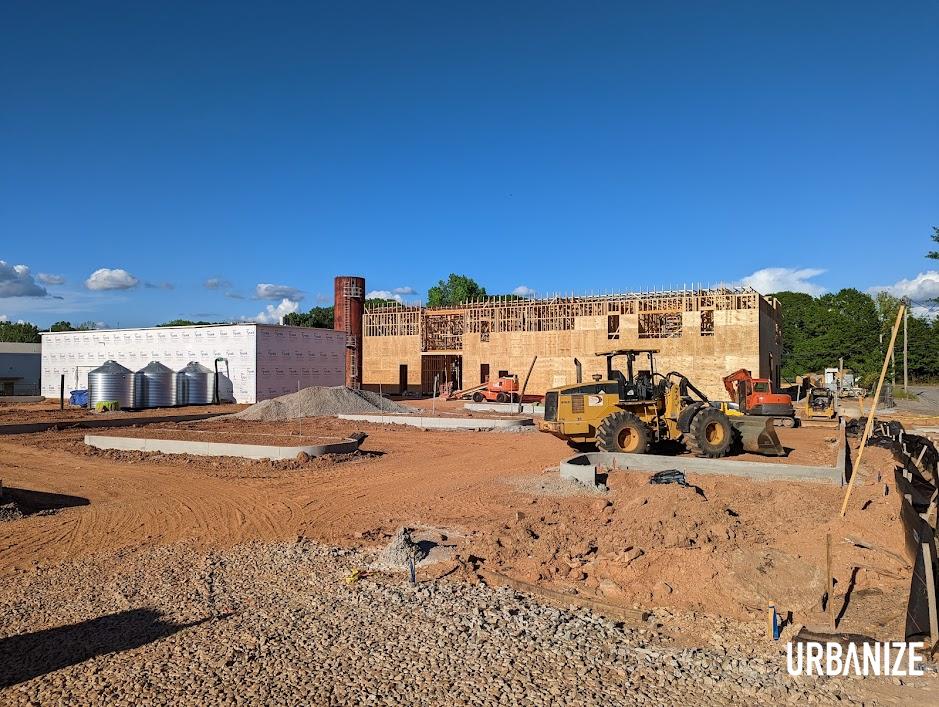 Other significant development sites in the immediate area include 20-acre Murphy Crossing and another 7 acres where Woodfield Acquisitions has pitched 300 apartments and 25 townhomes.

Also on Murphy Avenue, Urban Realty Partners and RAF Capital plan to transform the 100-year-old Cut Rate Box warehouse buildings into apartments by the end of 2023.

Following pandemic-related setbacks, Trees Atlanta officials now expect the new headquarters to be finished by the end of 2022. The last step will see landscaping that includes thousands of plants and somewhere in the ballpark of 150 native trees.

Trees Atlanta is currently headquartered at Kendeda Center on Chester Avenue in Reynoldstown. After five years, the organization closed its former TreeHouse on Krog Street with direct Eastside Trail access in May 2020.

The larger facility will allow the agency to plant almost 10,000 trees per year, create 20 full-time jobs, employ 95 high school students, and reach more than 9,000 students annually, as Invest Atlanta noted at the time.

For more context and progress photos, head to the gallery above.