Marketed as a “gorgeous” blend of historic charm and new construction, this revived Oakland City bungalow is the latest example of how far pandemic-era prices have climbed in Westside and Southwest Atlanta.

Find this circa-1930 residence built of all brick on a sloped lot at 956 Lawton Street, in what could be called intown Atlanta’s quintessential, porch-heavy style.

The location is less than two blocks from the BeltLine’s Westside Trail and the Lee + White warehouse district turned brewery mecca. MARTA’s Oakland City station is roughly five blocks south of the bungalow. Given those selling points, the location is boldly described as “unbeatable” in the listing.

The asking price of $489,000, as posted last week, buys three bedrooms, two bathrooms, and a complete interior overhaul marketed as both thoughtful and beautiful. 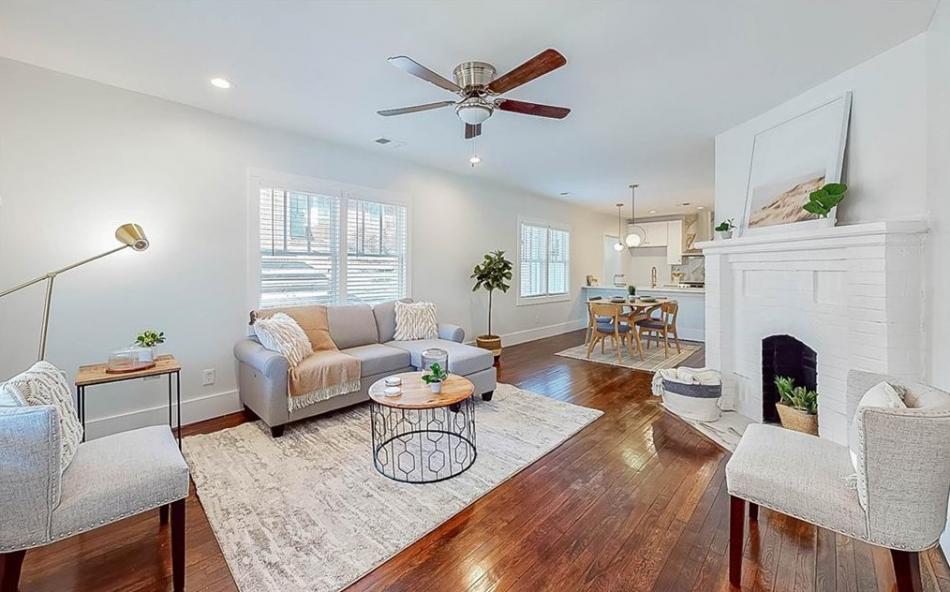 Inside the 1,672-square-foot renovation, where a fireplace was preserved and kitchen island added. Photography by Anthony James/Hommati.com; courtesy of Keller Williams Realty Atlanta Partners

Believe it or not, a sale at asking price wouldn’t even sniff the title of most expensive home transaction in Oakland City, which currently belongs to a Hall Street four-bedroom that traded for $690,000 in October.

Roughly eight homes have sold in the neighborhood—or are under contract right now—for $500,000 or more.

The bungalow in question features hardwood floors throughout, a spiffy kitchen with a range hood and large island, and a handy, tucked-away mudroom with a separate entrance. 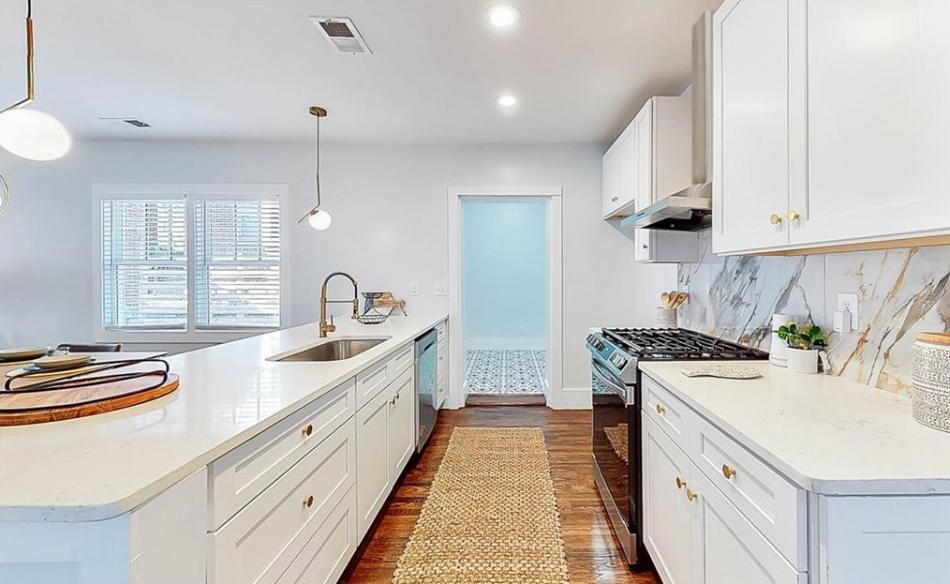 A sticking point, especially in Atlanta, could be the property’s lack of a deck or any social hangout in the otherwise deep backyard at the moment. Parking is a pad situation to the right of the front door.

“This is the one!” the listing asserts. “Bring your pickiest buyers as this home will not disappoint!” See for yourself upstairs in the gallery.