Drone imagery submitted to Urbanize Atlanta this week shows how the mix of luxury apartments (about 600 of them in phase one), multiple levels of retail, Class A offices, and more is being arranged in the context of new Central Perimeter development such as State Farm’s glassy, transit-linked campus next door.

Here’s a quick look, with captions for context: 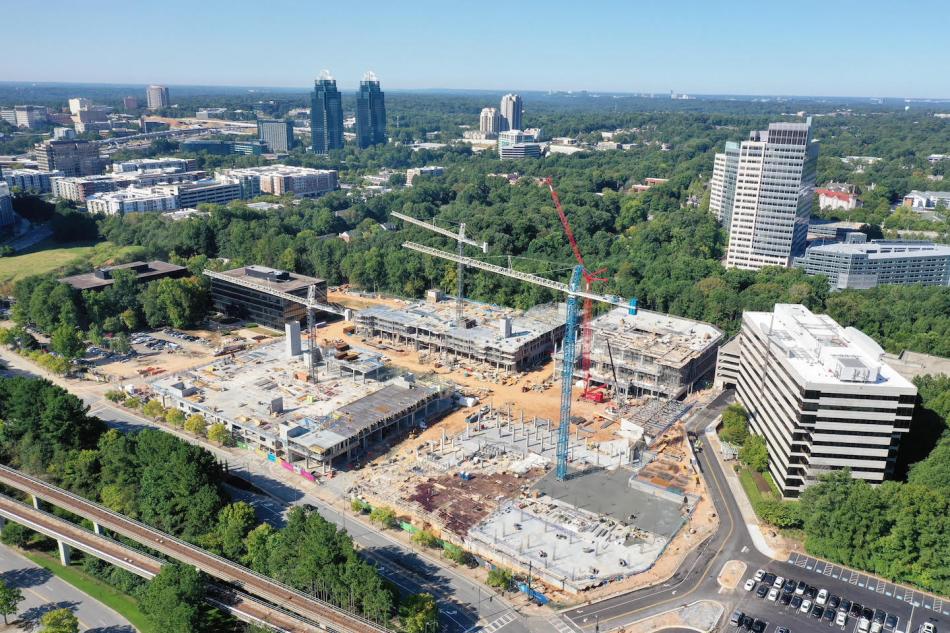 ^ The scope of GID's initial High Street phase, where a bustling town center experience is planned near the Dunwoody MARTA station. Along with an estimated 600 luxury apartments, GID is currently building 150,000 square feet of retail and restaurant space with an emphasis on patios. 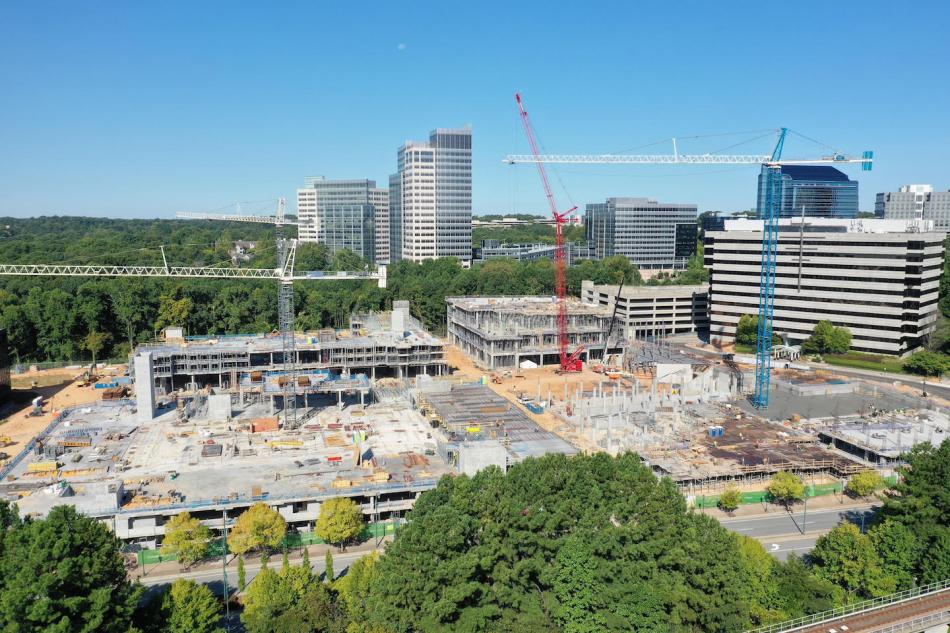 ^ The western view to other office complexes in the growing subdistrict. High Street's phase one will end with stacked retail uses at far right. Elsewhere, 90,000 square feet of new Class A office space will join 222,000 square feet of existing offices that are being incorporated into High Street. 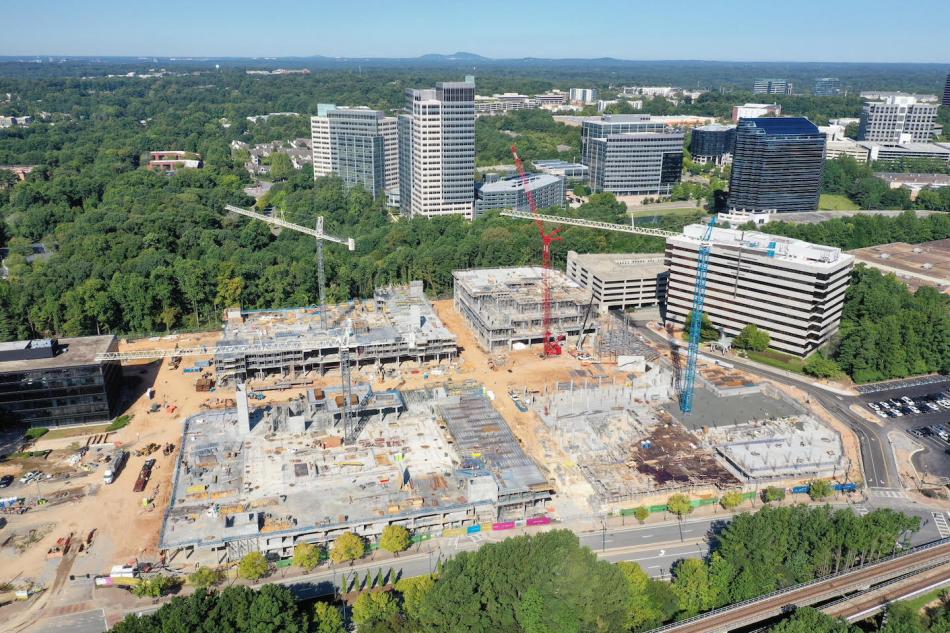 ^ Looking west from Dunwoody over the High Street footprint, Kennesaw Mountain is visible on the horizon. 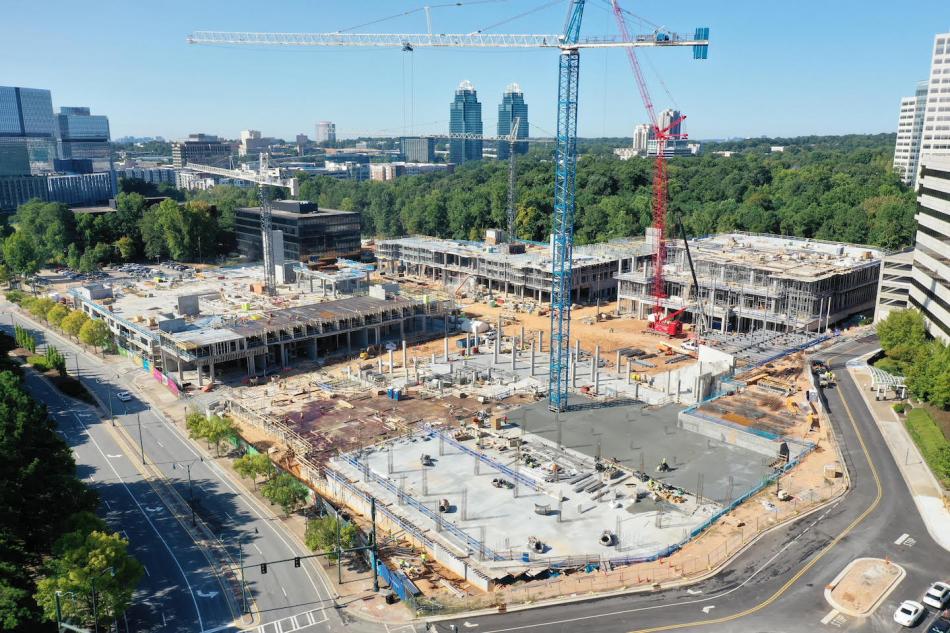 ^ The northernmost section of High Street's phase one, where a parking garage and stairs/tiered seating will lead down to a versatile lawn, where concerts, cornhole tourneys, and other events will be staged, per project renderings. 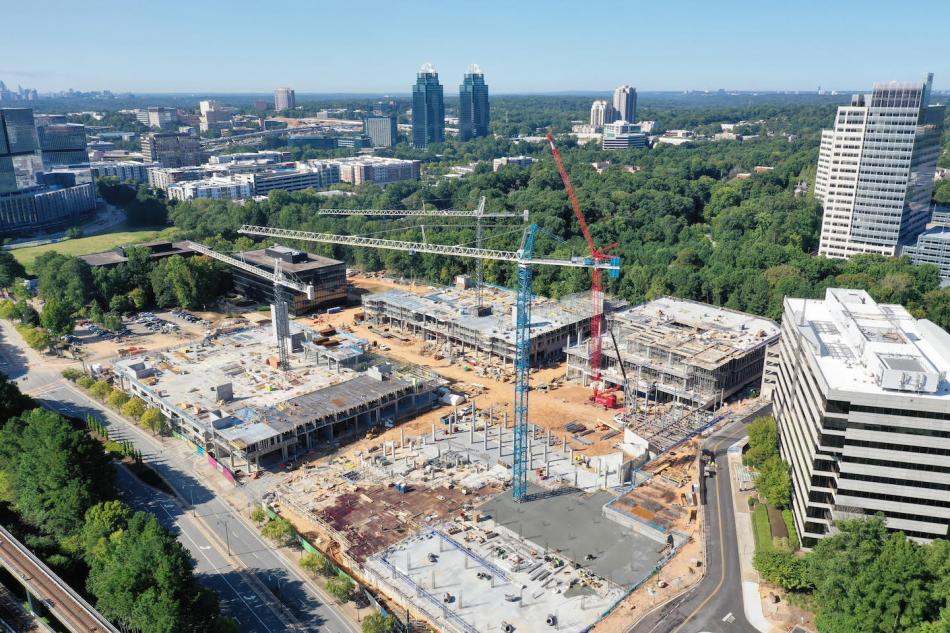 ^ A southwestern view across the High Street phase one site to Sandy Springs' iconic King and Queen towers at Concourse office park—two of the tallest suburban buildings in the U.S. 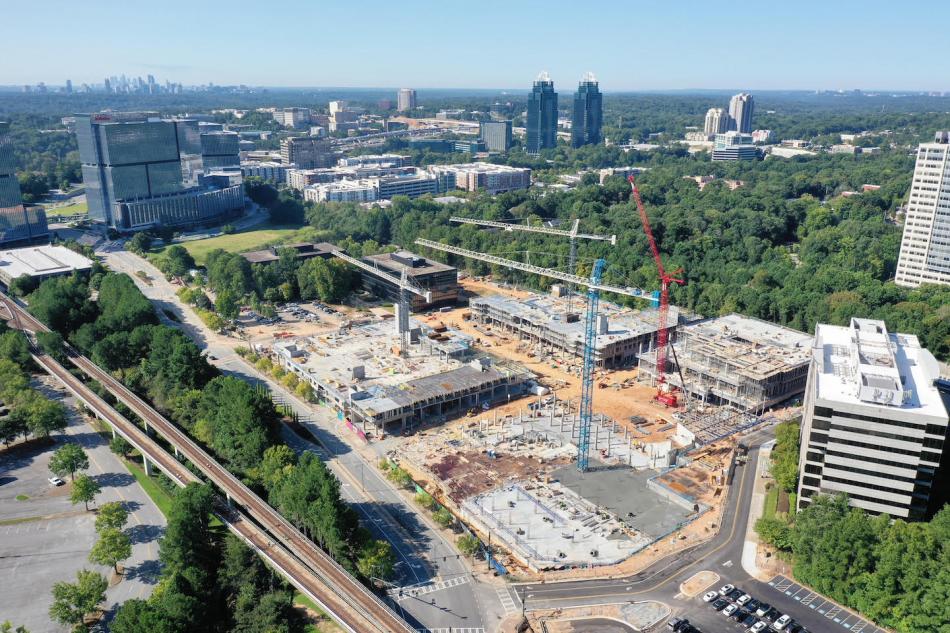 ^ The broader context with the skylines of Buckhead, Midtown, and downtown in the distance at top left, beyond the north metro's verdant canopy. Subsequent High Street phases—which could include significantly taller development, per project renderings—would be sited at left, near State Farm's three-tower campus opened last year.

The grand, $2-billion plan for High Street calls for eventually transforming the equivalent of 10 city blocks, or 36 acres, near Perimeter Mall and Dunwoody’s MARTA station.

As a social nucleus, a large events lawn and park—where yoga classes, concerts, cornhole, and ice-skating will happen—are also planned with the initial phase. Other facets include streets designed to be bike-friendly and what GID reps have described as “elegant plazas, a distinctive water feature, [and] a signature public staircase." Puttshack, a fusion of mini golf and nightlife, has signed on as High Street’s first anchor tenant, with expectations of opening a 26,000-square-foot space sometime next year.

For renderings illustrating how High Street’s initial phase will look and function—plus a three-minute fly-through video that lays out the first phase in vivid detail—head over here.