Live bands rocking a plaza, cornhole tournaments in the sunshine, and blissful shoppers milling about master-planned streets with their finds in fancy bags.

It’s all part of a fly-through video recently unveiled by national real estate developer GID Development Group that paints the first phase of Dunwoody’s High Street project in greater detail than ever before.

The better part of a year has passed since GID broke ground on the mixed-use, MARTA-connected district that’s expected to be a highpoint of Dunwoody’s transition from drive-to malls and office towers to a more walkable, urbanized district.

High Street had been more than a decade in the making, as plans and development partners changed, but various aspects of the initial phase are going vertical now, as readers in nearby office towers report. The grand, $2-billion plan for High Street calls for eventually transforming the equivalent of 10 city blocks, or 36 acres, near Perimeter Mall.

The first phase will see a bustling town center within a few minutes’ walk of the Dunwoody MARTA station, project officials have said. Along with an estimated 600 luxury apartments, GID is building 150,000 square feet of retail and restaurant space with an emphasis on patios. 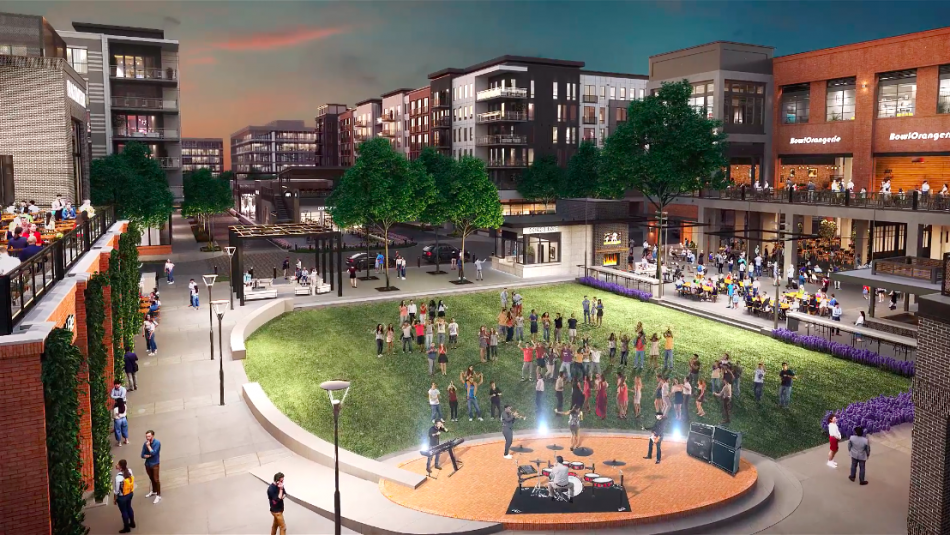 Elsewhere, 90,000 square feet of new Class A office space will join 222,000 square feet of existing offices that are being incorporated into High Street. As a social nucleus, a large events lawn and park—where yoga classes, concerts, cornhole, and ice-skating will happen—are also planned with the initial phase. Other facets include streets designed to be bike-friendly and what GID reps have described as “elegant plazas, a distinctive water feature, [and] a signature public staircase,” as spotlighted in the new video.

Puttshack, a fusion of mini golf and nightlife, has signed on as High Street’s first anchor tenant, with expectations of opening a 26,000-square-foot space sometime next year. In addition to MARTA rail, the High Street site neighbors State Farm’s massive new three-tower campus in Dunwoody, where more than 8,000 employees are expected to eventually report to work.

Head up to the gallery for a primer on the High Street project’s scope and a look at construction progress. And find the three-minute video that lays out the first phase in vivid detail right over here.