Resident opposition has thrown a wrench into Dunwoody’s longstanding plans to create a more robust network of multi-use trails, part of the growing city’s efforts to be better connected as development booms and the population trends younger.

Like grumbles over new bike paths in another DeKalb County city (Decatur) earlier this year, the City of Dunwoody has no shortage of naysaying denizens who’ve been loudly skeptical of four major multi-use trail projects Dunwoody is trying to pull off, as the Dunwoody Crier reports.

Those projects include a 12-foot-wide trail with lighting that’s under construction along Winters Chapel Road, adding a transportation and recreation alternative to an area that lacked sidewalks in years past. That’s expected to be complete in the spring. 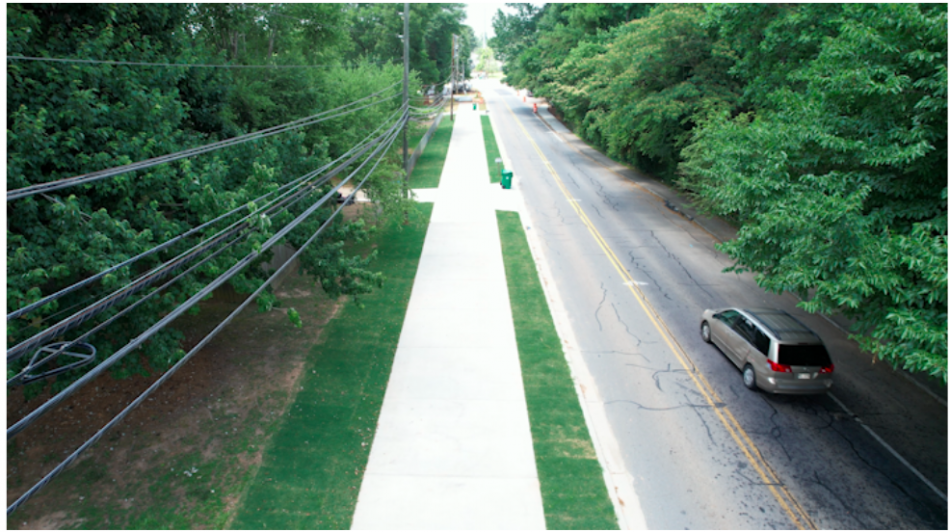 Recent trail construction progress on Winters Chapel Road in Dunwoody, where a 12-foot-wide, shared-use path with lighting is expected to fully open next spring. City of Dunwoody

Elsewhere in this “urban-burb,” as economic development leaders have proudly described Dunwoody, multi-use paths and sidewalks in a similar vein are in the conceptual phase along parts of Tilly Mill Road. A fourth project, a connecting trail along Peeler Road, is reportedly further along but unfunded.

But faced with neighborhood pushback, the Dunwoody City Council has hit pause on all but the multi-use trail that’s under construction, the newspaper reported.

Complaints hinge on the fact that hundreds of trees could be axed to create space for the trails, while some say the city hasn’t been clear with its specific plans for building them; others have worried that building pathways that bring pedestrians and cyclists together in the same space might trigger safety problems. The newspaper quoted a resident of the Briers North neighborhood along Tilly Mill Road who finds it ironic the city is discussing an ordinance to protect trees while possibly cutting down more than 300—per a tree survey conducted by the neighborhood—to build a bike path. He decried the multi-use trail concepts as “sidewalks that nobody really wants.” 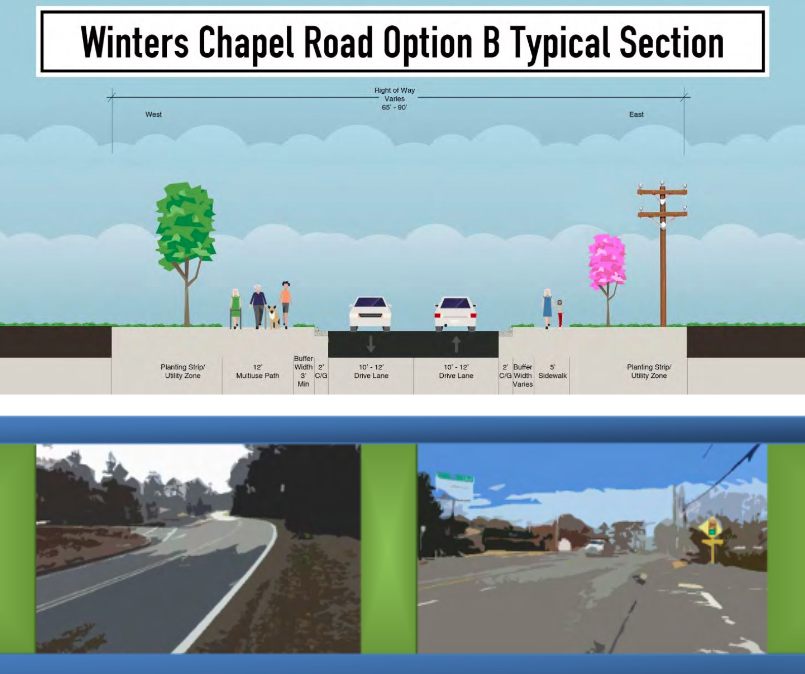 The Winters Chapel Road changes being implemented and typical conditions before. City of Dunwoody

The gripes have worked—at least for now.

The city council slammed the brakes on future trail design and instead is bringing in the nonprofit PATH Foundation to create what’s described as a holistic plan for linking major corridors with trail and paths. Since its founding in the early 1990s, PATH has built more than 300 miles of trails, mostly around metro Atlanta.

One city councilmember pointed out that pathways making walking and cycling easier around Dunwoody have been part of the city’s master-planning since a 2011 transportation plan.

And not everyone interviewed poo-pooed the idea of more multi-use trails in Dunwoody, instead pointing to the Atlanta BeltLine and Alpharetta’s AlphaLoop as examples that trails can have health, communal, and transportation benefits. “It doesn’t take but one car off the road to make a difference in a traffic jam,” one longtime Peeler Road resident, an engineer, told the Dunwoody Crier.

Opposition to multi-use trails isn’t without precedent in Dunwoody.

A decade ago, naysayers went so far as to organize a rally against a largely city-funded, multi-use trail at Brook Run Park—the city’s largest greenspace—on North Peachtree Road. At the time, one local developer told the AJC he was aggravated by the “disproportionate weight that’s given to cyclists in Dunwoody lately” while criticizing the removal of trees in the 102-acre park. 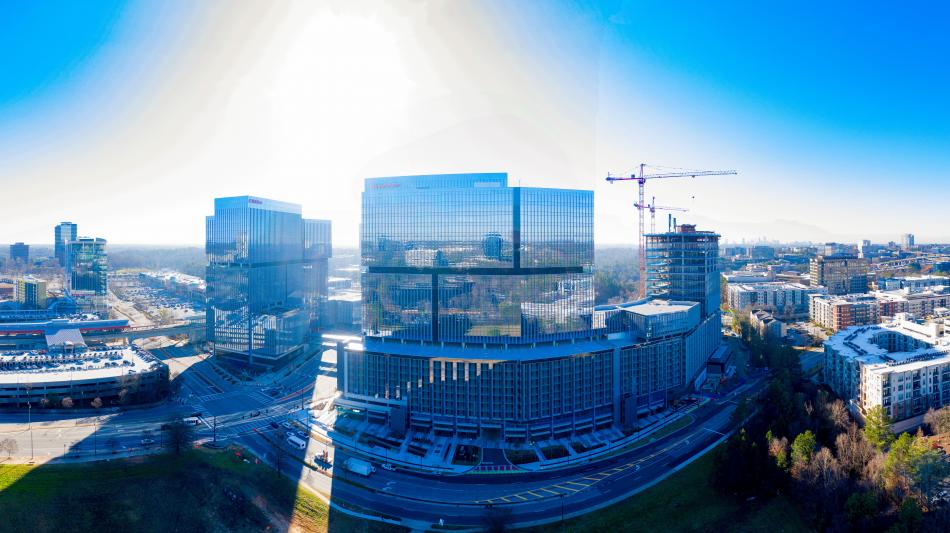 State Farm's new transit-connected Dunwoody campus, as seen while under construction, is more evidence of the city's physical growth. Courtesy of City of Dunwoody

Dunwoody city leaders reported in late 2021 that job growth, more than 10 million square feet of office space in the Perimeter submarket, and other “historic” development in the area has helped transform a population that’s now made up of more than 50 percent millennial and Generation Z residents.

Significant mixed-use projects underway in the area include GID Development Group’s $2-billion High Street and a hipper, more fashionable remake of Perimeter Place called Ashford Lane. Elsewhere, a redevelopment of Dunwoody’s former Gold Kist headquarters is in the works, along with a nearly 20-acre project called Park at Perimeter Center East, among other developments.

Whether Dunwoody’s alternate-transportation infrastructure can keep up with its physical growth remains to be seen.

• Dunwoody residents up in arms about multi-use paths (DC)