Just south of Lake Lanier’s southernmost shores, a residential project has broken ground that developers say will create a new level of luxury living at the doorstep of Gwinnett County’s latest city center.

Atlanta-based Novare Group, a real estate development and investment company still known for glassy towers like Metropolis built during intown’s early-aughts condo wave, is moving forward with a rental community described as both Class A and garden-style in Sugar Hill.

The 306-unit project, a partnership with BCDC, is claiming 23 acres off Ga. Highway 20 near Sugar Hill’s mixed-use downtown that’s sprung up in recent years. That includes hundreds of apartments, greenspace, an amphitheater called The Bowl, and the distinctive, Art Deco-inspired The Eagle Theatre. 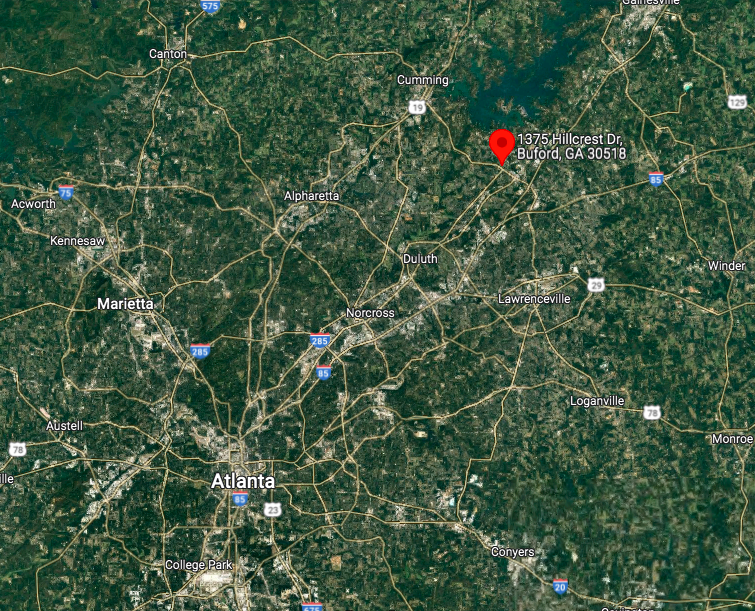 Plans call for a mix of two-story townhomes and more traditional rental units at the gated community. Onsite perks will include de rigueur coworking spaces, a resort-style pool with a sun shelf, a clubroom, a yoga room in the gym, a dog park and spa, and for more studious renters, a library. Private garages for some units are also in the plans.

The Sugar Hill Greenway—the city’s planned, 11.5-mile multi-use trail system—will be integrated into the Novare project site and will eventually link with the rest of downtown by way of a pedestrian bridge over Ga. Highway 20, officials say. The City of Sugar Hill (motto: “The Sweet Life”) reported last week the trail’s first 4.7-mile phase is nearly complete.

Jim Borders, Novare president and CEO, described Sugar Hill in a recent announcement as “one of the premier places to live in Gwinnett County” now, owing to “the high value the city places on the quality of life.” 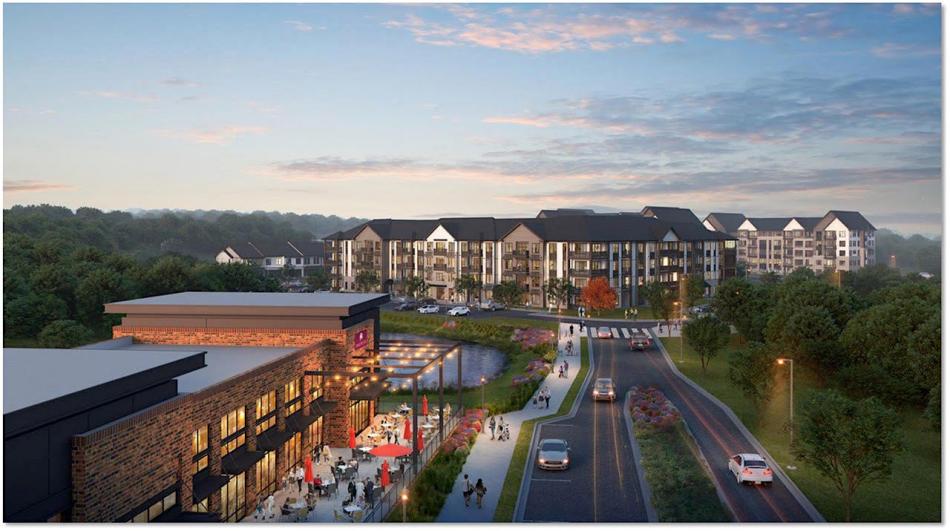 BCDC president and CEO Litt Glover said the forthcoming, untitled project’s “market-leading amenities” and walkability to downtown will “set the bar for what residents can expect from luxury apartment living in Sugar Hill.”

The project was designed by Atlanta architecture firm Dynamik Design, while Kimley Horn is on board as civil engineer and Doster Construction as general contractor.

Developers expect the first units to deliver in the fourth quarter of 2023.

Elsewhere in metro Atlanta, Novare is developing an eight-building project called Populus Westside with an affordability component directly west of Midtown. The company is also part of the team creating a new downtown for the Cobb County city of Powder Springs.

Since its founding in 1995, Novare has developed more than 19,000 residences in 61 places around the U.S., per company officials.