With a design aesthetic called “mountain-modern” to reflect its wooded, rolling site, an eight-building apartment complex has broken ground near the banks of Proctor Creek that should introduce new affordable-housing options on Atlanta’s Westside.

The eight buildings will rise in what the development group, like others, is calling Atlanta’s “Upper Westside”—at a location in the Monroe Heights neighborhood that could stretch the limits of that designation. 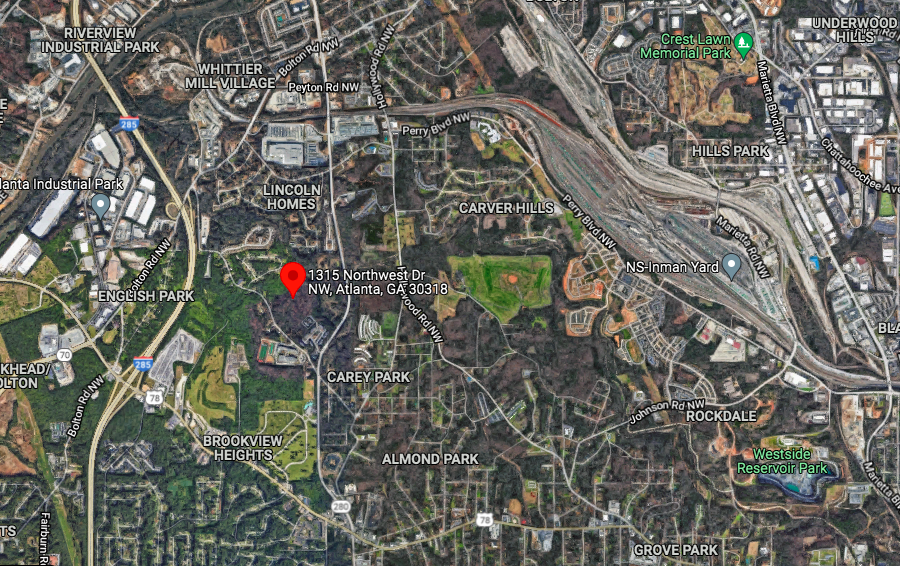 As part of a tax-incentive program with Invest Atlanta, Populus Westside will offer 15 percent of its apartments—or 43 units total—at reduced rents for people earning 60 to 80 percent of the area median income, developers announced today.

Novare has owned the site for “many years,” and has been “patient as the demand on the Westside has caught up,” company president and CEO Jim Borders said in a prepared statement.

Dotted around its eight buildings, Populus Westside will have a clubhouse, fitness center, a greenspace with outdoor grills and a pet park, plus a pool described as resort-quality.

A mix of studios to three-bedroom rentals will target anyone from singles to seniors “who want to live in a great community near Westside Park and have five-minute access to I-285 and major job hubs,” per developers. 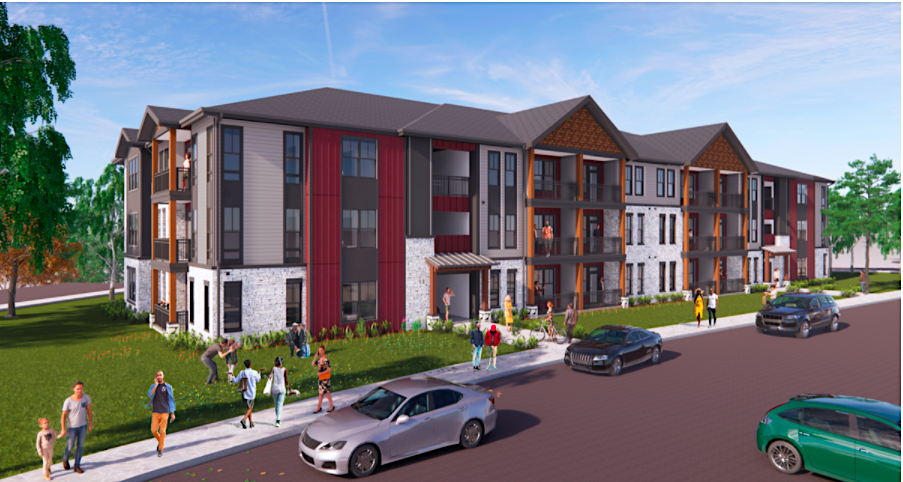 Proctor Creek snakes along the west side of the property. The paved section of scenic Proctor Creek Greenway ends farther east but is expected to eventually be extended along the creek toward the Chattahoochee River, providing what the apartment builders call “the ultimate amenity.”

The first units at Populus Westside are scheduled to deliver in the fourth quarter of next year.

Dynamik Design is the architect, Pinnacle Bank the senior lender, and the newly formed Stratus Construction has signed on as general contractor.

Atlanta-based Novare, a pioneer in Midtown’s wave of high-rise residential construction, has developed more than 17,000 residences across the South and western U.S. states since its founding in 1992.