A year and ½ after breaking ground in a barren field, Georgia State University’s versatile new arena is almost ready for its debut.

While the landscaping and signage have yet to be installed, the Georgia State University Convocation Center has finished the bulk of its exterior construction and remains on schedule to open in August at the corner of Capitol Avenue and Fulton Streets.

It marks another prominent change in the northern reaches of Summerhill, claiming what used to be a shabby Georgia Department of Driver Services facility a couple of blocks north of the former Turner Field. Hundreds of new residential units and a full street's worth of businesses have delivered in nearby blocks since the Braves uprooted to Cobb County. 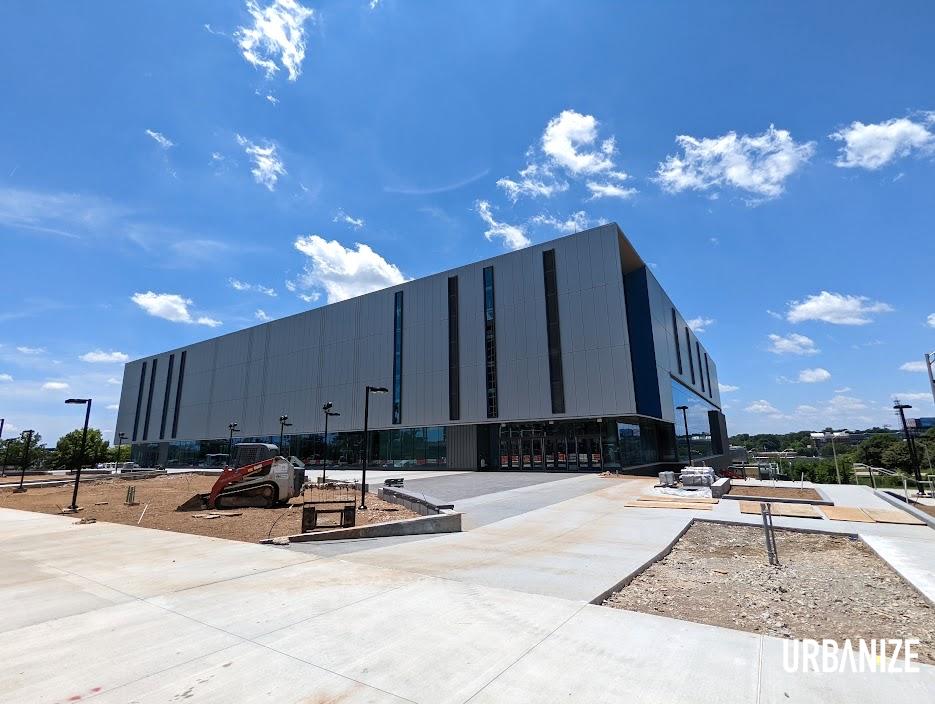 Beyond graduation ceremonies of up to 7,500 people, the center will host men’s and women’s Panthers basketball games, esports tourneys, large conferences, and 8,000-seat concerts. It’s an upgrade from the circa-1972 Georgia State Sports Arena, where max capacity is currently 3,500 seats.

GSU now graduates more than 10,000 students annually, and the convocation center is meant to feel like a bridge toward the college’s expanding downtown campus and what’s happening in Summerhill near GSU’s Center Parc Stadium. 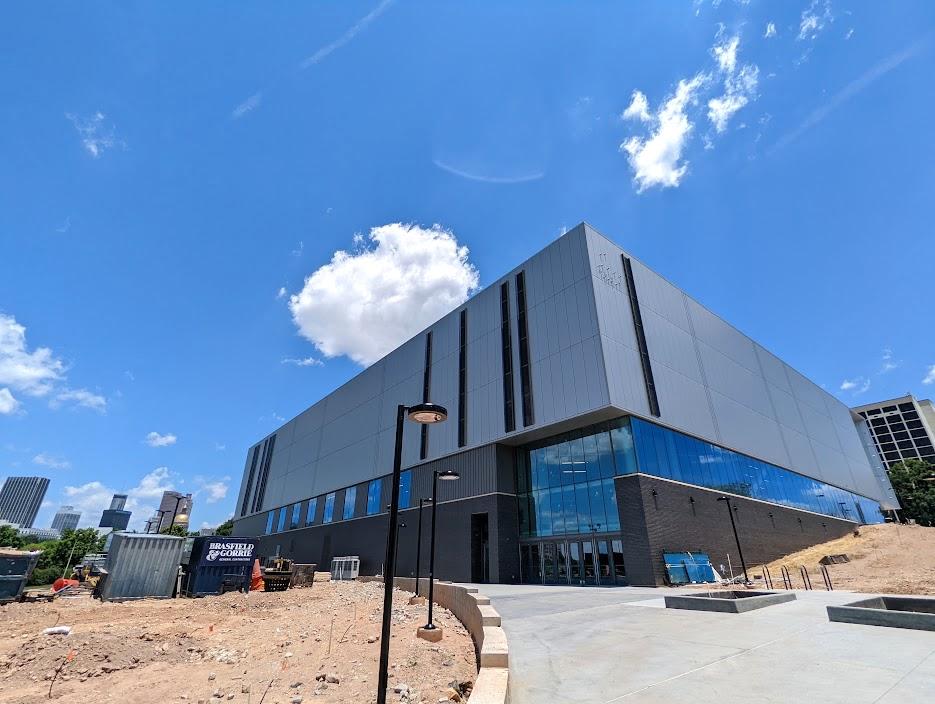 A peek at the Georgia State Capitol just north of the new facility. Josh Green/Urbanize Atlanta

As chronicled by GSU in a short video, the school’s men’s and women’s basketball teams got a sneak peek at the facility’s interior back in April—and they seem to have come away impressed.

Head to the gallery for a closer look at how the arena building stacks up with its renderings.