A metro Atlanta developer whose very name can serve as a call-to-action for neighbors across the city is eyeing a high-profile Old Fourth Ward site for its next intown project.

Just east of downtown, Fuqua Development is formulating plans for a mixed-use venture where Highland Avenue meets Boulevard, a collection of parcels next to the popular Freedom Barkway Dog Park.

Fuqua’s early designs, as shown in crude preliminary renderings provided to Urbanize Atlanta by neighbors, call for an eight-story apartment complex at its tallest point with main massing along Highland Avenue. The project would step down in height toward the east. 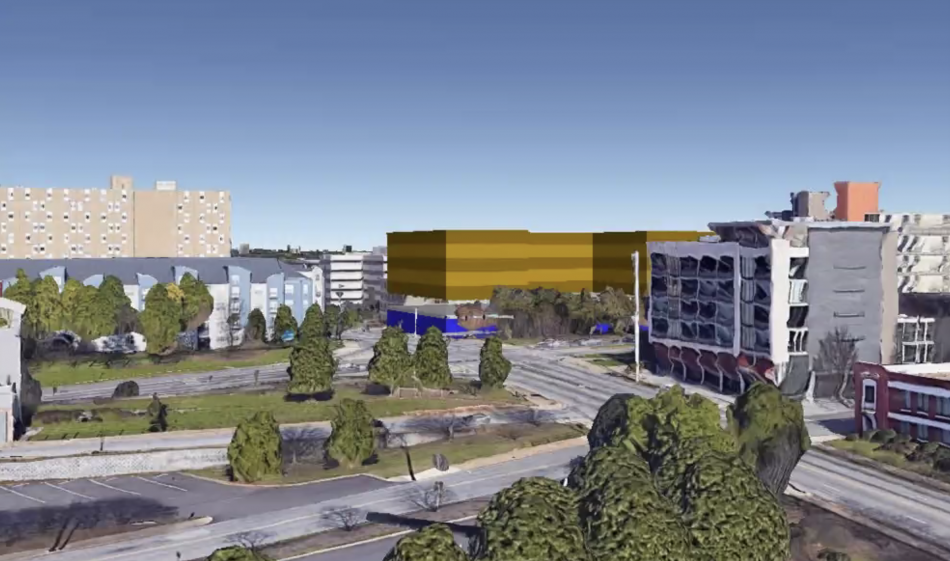 The proposal as it relates to Tribute Lofts, pictured at right. Submitted

The property in question is largely vacant now, apart from a standalone house and Desperate Housewares Atlanta furniture store. Two buildings in a low-rise brick apartment complex immediately to the east would not be impacted, and neither would the dog park, plans indicate.

According to tipsters who’ve attended early neighborhood meetings, Fuqua had been planning to build 240 apartments prior to a Fourth Ward Alliance meeting last week, where it was revealed the unit count had been upped to 301.

The parcels are zoned either C-2 or R-5 for commercial and residential uses, and Fuqua will be seeking MRC-3 zoning approval with the city for mixed uses soon. 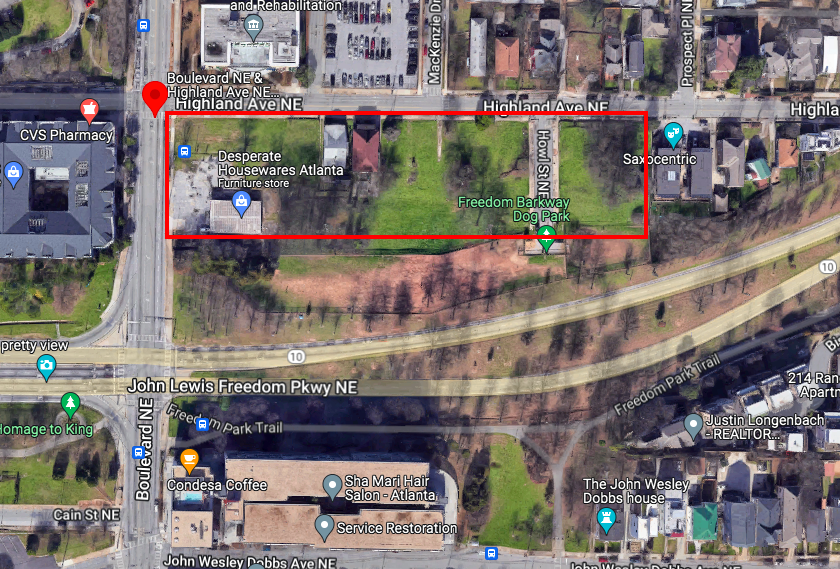 Three buildings included in the development would stand 32, 90, and 104 feet, with the tallest one fronting Boulevard.

The project would also entail about 53,000 square feet of commercial space for shopping and 4,000 square feet for dining, according to filings with the Office of Zoning and Development.

The location’s zoning currently allows for a total of 591 parking spaces at max, but Fuqua will be requesting a variance for 723 spaces to accommodate more drivers, filings indicate. Fuqua’s legal team didn't respond this afternoon to a request for comment.

Public hearings with the neighborhood and city zoning and development review boards are expected to continue through the summer, and the project could come up for a city council vote in September, according to the Fuqua team’s presentation. 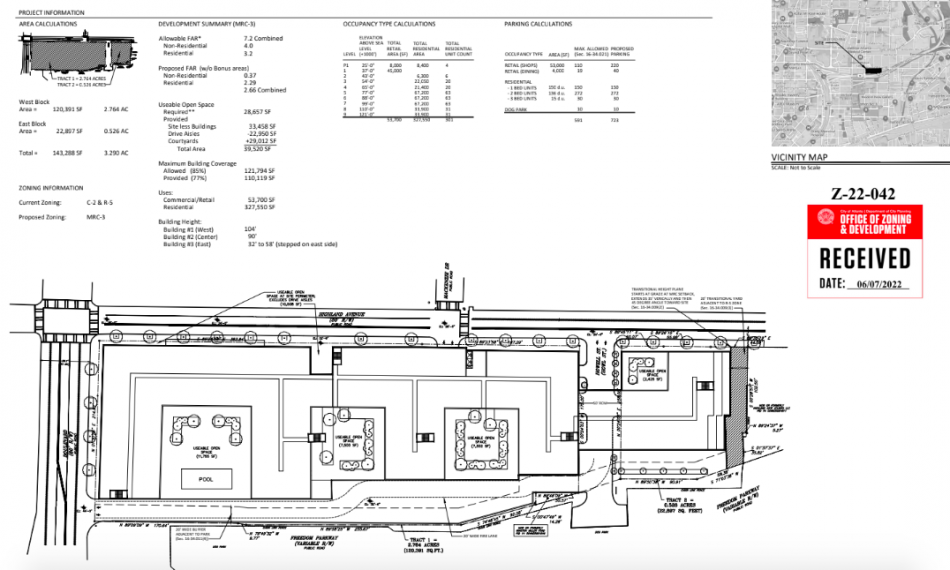 Breakdown of the Fuqua proposal as recently submitted to the city. Fuqua Development/Office of Zoning and Development

In response to car trips and traffic concerns with Fuqua’s plans expressed on Twitter by ThreadATL cofounder Darin Givens, Atlanta City Councilmember Amir Farokhi, who represents the district, responded last week that there’s “a long way to go” and that more details are needed before any rezoning would be approved, but the “property is ripe for density, [especially] close to Boulevard.”

In addition to suburban mixed-use ventures at The Battery and in places like Buford, the development company headed by Jeff Fuqua is known for projects with a heavy emphasis on parking such as Midtown Place and Edgewood Retail District, and a suburban-style node with a towering self-storage facility near Atlantic Station. Fuqua’s more recent work includes Madison Yards in Reynoldstown.