That’s where Fuqua Development transformed a 12.5-acre weeded lot four years ago into… well, not an innovative shopping district or dense housing node but a suburban-style chain retail strip with a five-story, self-storage facility as the marquee attraction.

According to a recent analysis, that addition of self-storage on primetime urban land (with sweeping city views, no less) was only the beginning. 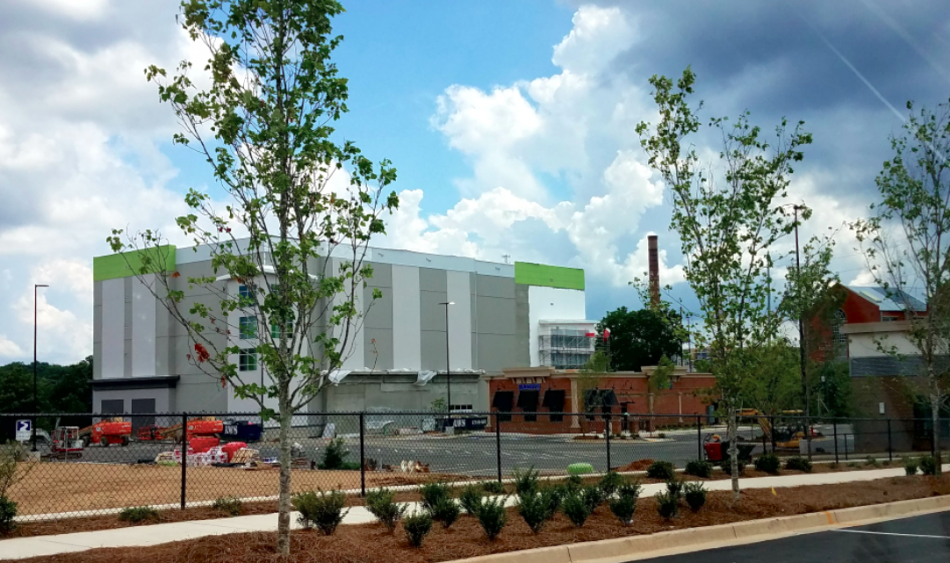 As the Yardi-supported apartment and self-storage website points out, self-storage facilities can play a vital role as people move or transition their lives, especially in the wake of what’s known as the four Ds: dislocation, death, divorce, and disaster.

But a new phenomenon is afoot, thanks to the COVID-19 pandemic. Self-storage development boomed as people purged and transitioned their homes into offices, gyms, and play spaces—and now as WFH culture has allowed some to work from anywhere, including downsized spaces in prime locations.

This year alone, metro Atlanta is expected to pack on about 3.5 million square feet of storage space—almost enough to fit two Mercedes-Benz Stadiums inside. (If that boggles the mind, consider that 2022’s tally is actually a 24 percent decrease versus metro Atlanta deliveries last year.)

Here’s the kicker: The vast majority of Atlanta’s new self-storage development, or 87 percent, is located in what RentCafe deemed urban areas. And most of that space, or 89 percent, is in the form of new buildings, per the analysis.

Among major cities, Atlanta trails only Chicago and Boston (both at 91 percent) in terms of urban-suburban, self-storage development ratios right now. 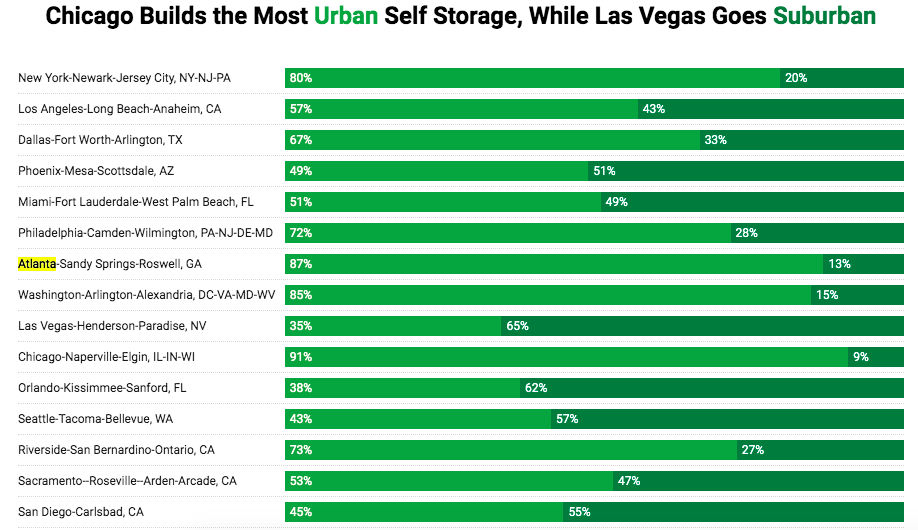 As of now, metro Atlanta counts nearly 40 million square feet of self-storage space, or roughly seven square feet per capita. Despite the extra supply, prices for that space have continued to climb.

The average monthly rental for a 10-by-10-foot stuff locker is $115 in Atlanta now—a jump of 15 percent since last year.

According to RentCafe’s study, the “undersupplied” New York metro area easily took the top slot for new self-storage in the pipeline, with nearly 12 million square feet planned or under construction. That was followed by the Los Angeles-Long Beach-Anaheim area, with its 6.3 million square feet on the way.