Construction barricades, barrels, fencing to control erosion, and other ugly aspects of change are signaling that a more people-friendly corridor will extend through City of Decatur’s north side soon.

Expect Church Street to be reduced from four to two vehicle lanes, with wider sidewalks and one-way cycle tracks—bike lanes separated from the road, that is—installed on each side. New trees will be planted in grassy areas between the bike lanes and sidewalks. 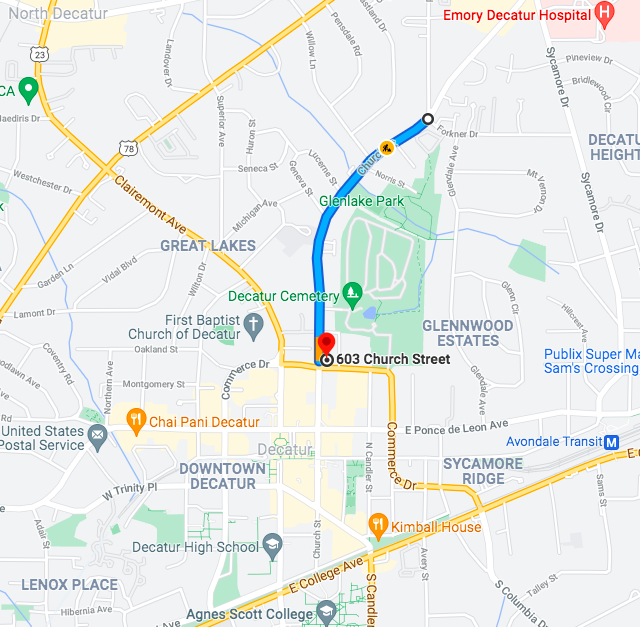 Where the bulk of cycle-track installation is taking place now, to connect with an existing cycle track on Commerce Drive that loops around downtown Decatur. Google Maps

Closer to downtown Decatur, the project will improve pedestrian crossings, eliminate “slip lanes” for cars, and bring the cycle track around to connect with existing bike lanes on Commerce Drive.

At the top end, the project will extend to Decatur’s northern city limits, near Medlock Road and Forkner Drive. 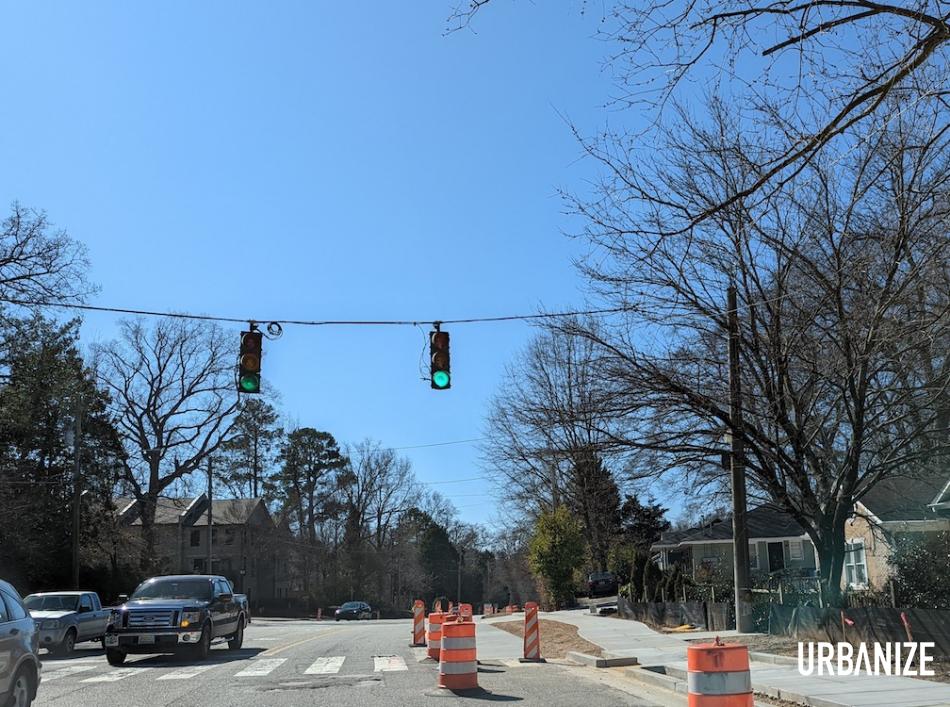 According to City of Decatur officials, grants from Atlanta Regional Commission and the Georgia Department of Transportation are covering about 75 percent of costs for the $4-million project.

The work is expected to finish around May next year.

“This is a complicated construction project that promises to be messy, noisy, and inconvenient. It will require patience,” Hugh Saxon, Decatur deputy city manager, wrote in a recent update. “But the payoff will be an attractive and safer pedestrian and bicycle-oriented urban street.” 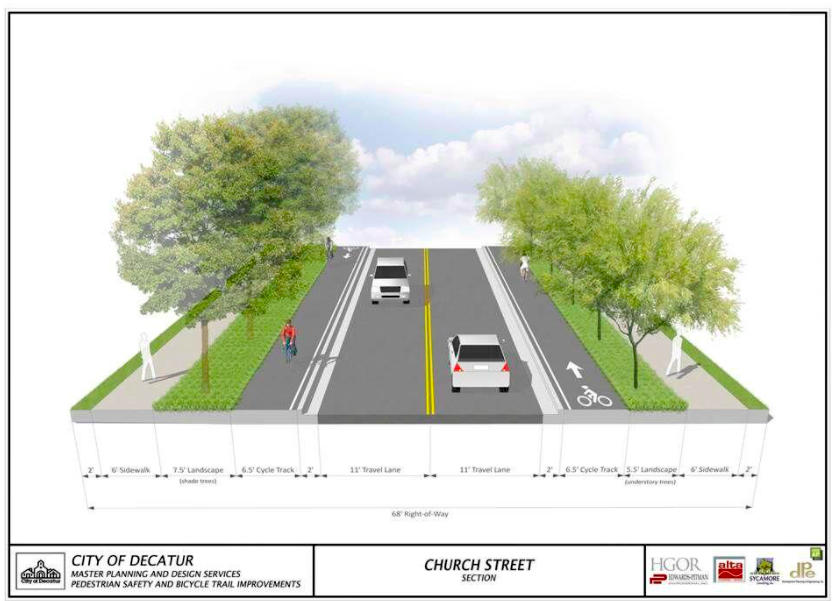 A sample section of how a reconfigured Church Street will look and function. City of Decatur

Not everyone is singing the project’s praises.

Longtime Decatur residents who live in a neighborhood along Church Street recently complained to CBS46 that the project will eliminate needed street parking near Glenlake Park and generally fail to take into account “the dynamics of the community population.”

Added one local man interviewed by the TV station: “I haven’t seen anyone ride a bike on that road ever.” 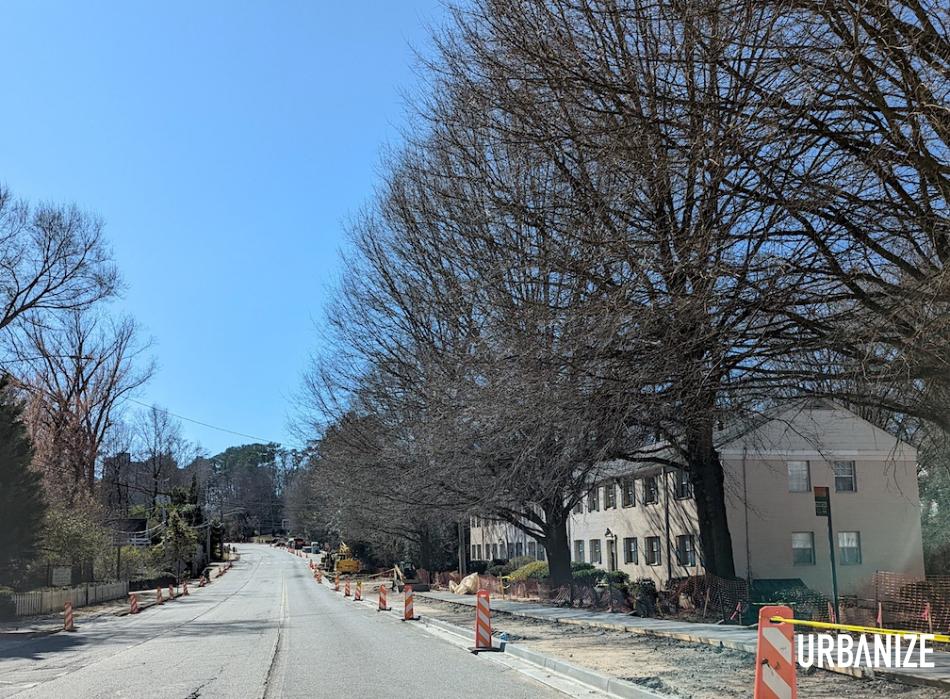 In recent years, Decatur and its partners have installed protected bike lanes and cycle tracks on the eastern fringes of downtown along Commerce Drive and in front of Decatur High School. Meanwhile, the city is working on a more permanent solution to bicyclist and pedestrian safety along busy West Howard Street, a corridor connecting to Atlanta where the PATH Foundation installed a multi-use trail years ago.

West Howard Street’s colorful, funky, and effective street planters have been a subject of debate around the DeKalb County city since they debuted in the summer of 2018.

Decatur’s efforts toward safer streets have paid off. Last year, the city was named a “Gold Level Walk Friendly Community” by the Walk Friendly Communities Program, an organization that rates places on walkability. Saxon previously told Urbanize Atlanta that Decatur is the smallest city to achieve that rating.