The appetite for new condo product on what’s essentially Buckhead’s Main Street appears to be strong—if not “staggering,” as one sales team puts it.

Atlanta Fine Homes Sotheby's International Realty reports the 19-story The Dillon condo project has notched $62 million in sales weeks before the project is expected to even break ground.

“These are among the strongest sales we’ve seen of any community we’ve ever sold,” Anne Schwall, the company’s senior vice president of developer services, relayed in an email statement. 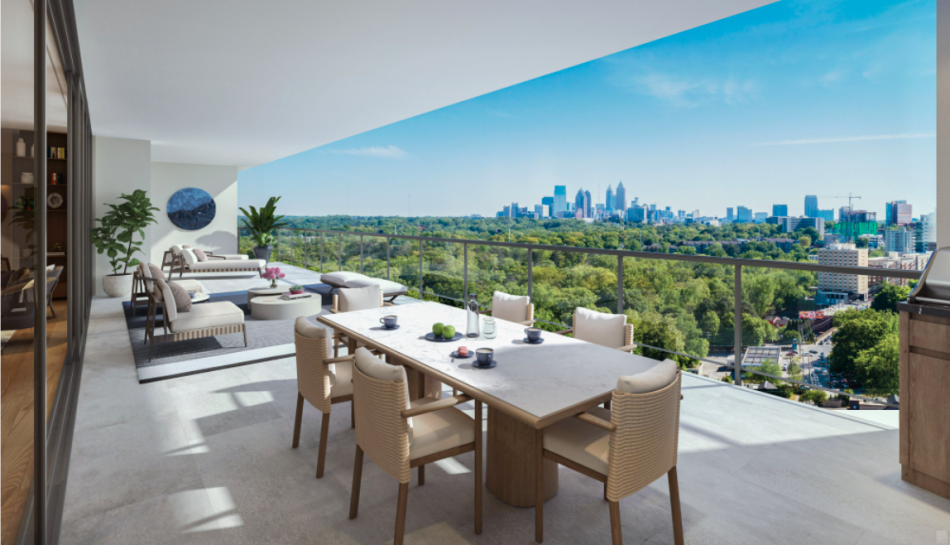 Palm Beach-based real estate development and investment firm Kolter Urban is developing The Dillon with 144 homes in the 2400 block of Peachtree Road, next to the Peachtree Battle Promenade shopping center that’s home to Whitehall Tavern and a Publix. Kolter Urban purchased the required three parcels last year for $16.5 million.

Another part of The Dillon’s property is a surface parking lot, while to the immediate south, roughly half of the historic book bindery building—currently home to Peachtree Battle Antiques and Interiors—will be preserved, including the brick house-like structure that fronts Peachtree.

In light of the sales momentum, Kolter Urban reps say preservation efforts on that building will be accelerated, creating a new home for the sales center.

That’s expected to open in July—the same month the project is scheduled to break ground.

The cost for owning a slice of The Dillion now starts in the $800,000s, with penthouses priced from $2 million. Condos will range from 1,500 to 3,800 square feet (one to three bedrooms), each with view-happy terraces up to 12-feet deep.

The priciest option listed to date—a three-bedroom penthouse with just shy of 3,000 square feet—clocks in at $3.15 million.

A couple of blocks up the street, Kolter Urban’s first foray into the Atlanta market—the 22-story Graydon Buckhead, where move-ins began earlier this year—saw condo prices begin at $1.7 million and climb to more than $8 million for a penthouse covering the full top floor.

The 47-unit Graydon is still a relative anomaly in terms of Atlanta multifamily ventures the past decade; it marks the largest recent intown condo project between Buckhead Village’s The Charles and the 279-unit Seven88 West Midtown tower on West Marietta Street. 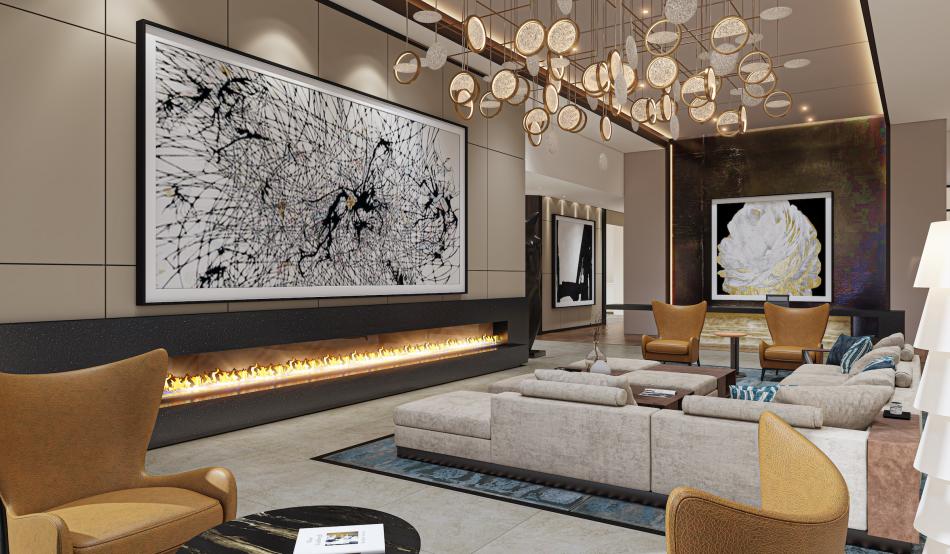 Fireplace and artwork in the residential lobby. Courtesy of Kolter Urban

In terms of amenities, The Dillon will feature an indoor-outdoor section called The Hub with private and semi-private work spaces, plus a conference room, in response to the WFH zeitgeist. Other amenities will include concierge services, a swanky formal clubroom with catering kitchen, a dog park, loaded pool deck, outdoor yoga terrace, a speakeasy, a media room with a game simulator, and yes a pickleball court.

Elsewhere, some condos will be held as guest suites, available for reservations when owners’ families and friends are in town.

What not to expect: skimpy HOA fees.

Head to the gallery for a look around the building and fresh renderings that lend new perspectives on floorplans—as well as the Dillon’s expected views across Atlanta treetops.