Miami-based developers say tax breaks recently granted by DeKalb County’s economic development arm will clear the path for a massive new project in an area near Interstate 85 that’s become a magnet for growth.

The Decide DeKalb Development Authority's board of directors voted on Thursday to approve property tax incentives for a $180-million, mixed-use project by The Related Group called Manor Druid Hills.

Related reps describe the board’s decision as “crucial” for allowing the venture to move forward, with the goal of creating a statement project at Brookhaven’s southern gateway that includes affordable housing and lodging options for families of patients at Children’s Hospital of Atlanta, which is undergoing a major campus expansion across the street.

As initially proposed in 2019, Manor Druid Hills will rise across 7 acres at 2601 Briarcliff Road. It will replace a dated shopping center called Briarcliff Station, the former Tin Roof Cantina building, a shuttered car wash, and a vacant oil-change business. A large-format Target operates beside the site on North Druid Hills Road.

According to Related’s plans, Manor Druid Hills will include 381 apartments, with 20 percent of those units reserved at unspecified, affordable rates.

Elsewhere would be 55,000 square feet of medical office space, in addition to a 140-room hotel near Target that would include long-term stay options for Children’s patient families. The developer also plans to spend another $4.5 million in sidewalk, roadway, and greenspace upgrades. 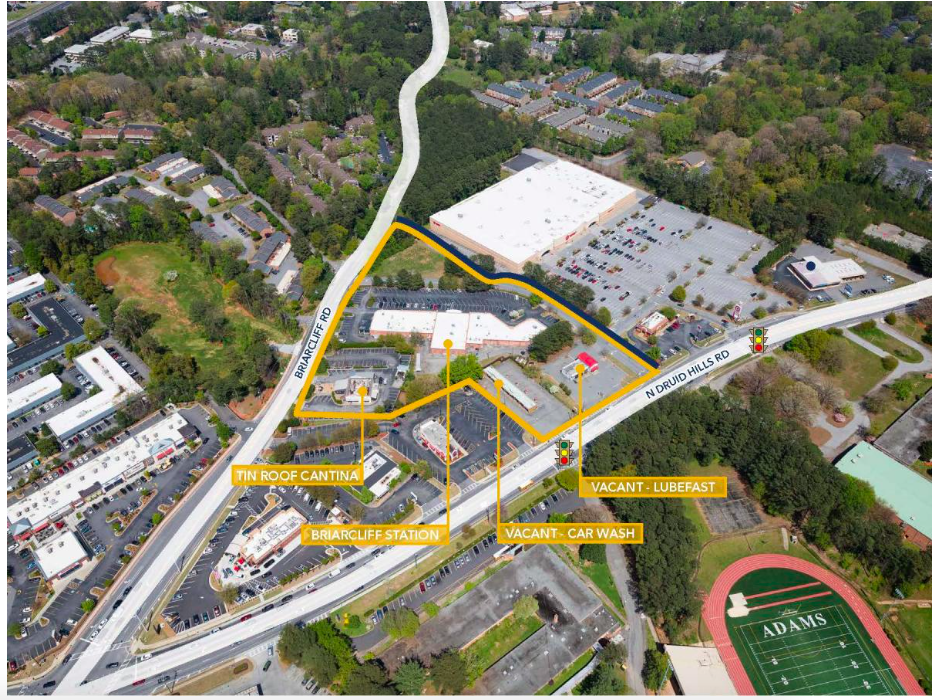 Breakdown of the 7 acres in question and today's uses. The Target store on North Druid Hills Road is pictured just north of the site. City of Brookhaven

In exchange, Decide DeKalb's board agreed to a deal that will require Related to pay just $4 million in annual property taxes over the project’s first decade.

According to Related officials, taxes currently paid across the development site total about $130,000 per year. 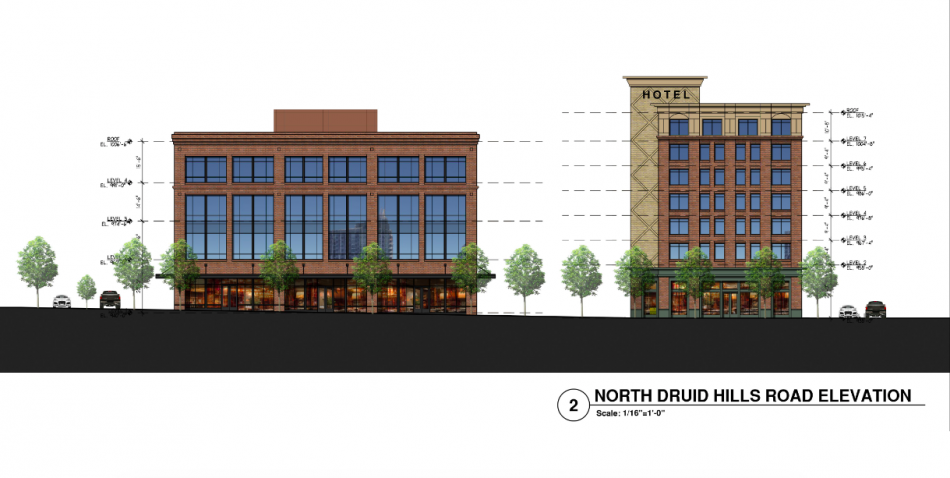 The project's frontage along North Druid Hills Road, near the main entrance to Target's parking lots. Courtesy of Related Group 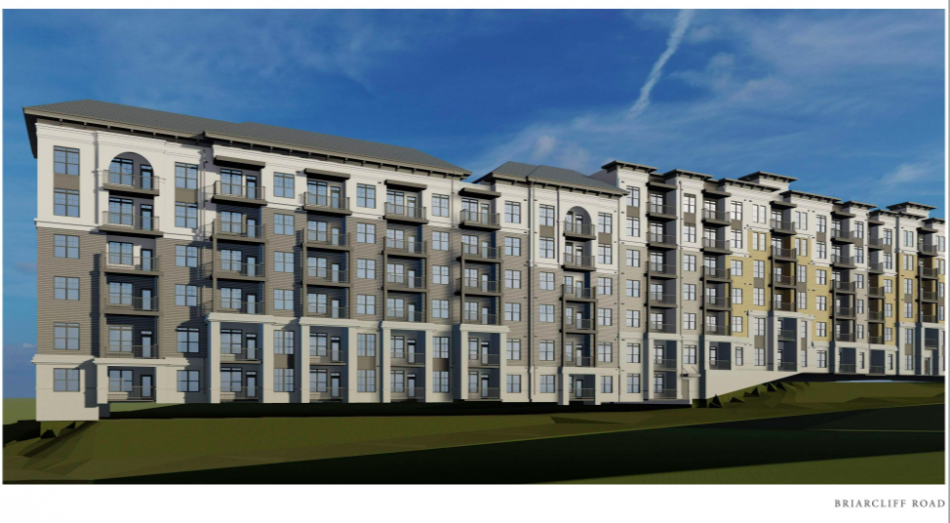 Plans for nearly 400 apartments along Briarcliff Road, across the street from Children’s Healthcare of Atlanta's expanding campus. Courtesy of Related Group

Decide DeKalb estimates the Manor Druid Hills project will generate more than $94 million in taxes over its first 20 years. Of that, $43 million is expected to be channeled to the county’s school board, $36 million to DeKalb County itself, and $2.7 million to Brookhaven coffers.

Ed Allen, Related Development’s executive vice president, said in an announcement this week the project’s affordability component will create housing options for teachers, police officers, and other public servants, while the medical offices will attract 270 full-time jobs with average six-figure salaries. “It will be an amazing asset,” said Allen in a statement, “for this community and the entire region.”

Construction on Manor Druid Hills is scheduled to begin in spring 2023. Related officials say it will create 220 temporary construction jobs. 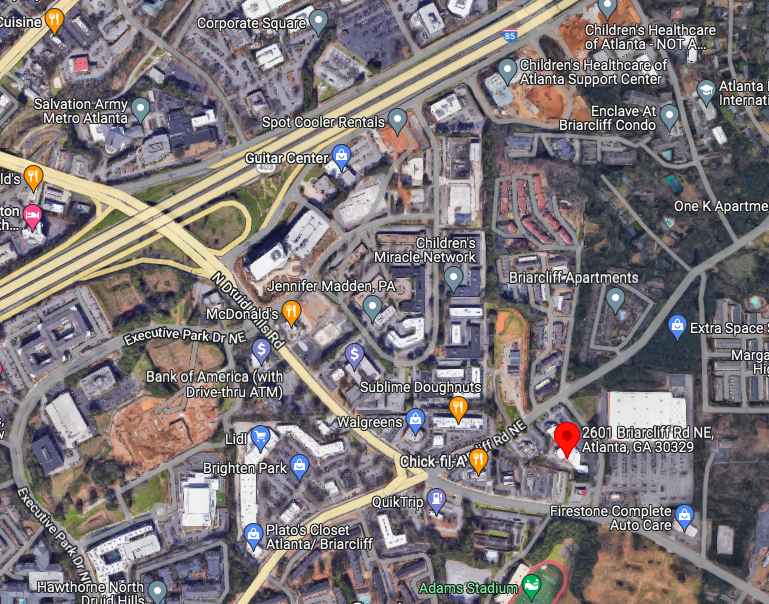 The site's proximity to Interstate 85 (at top) and Children's Healthcare of Atlanta. Google Maps

The infusion of mixed uses and the hospital expansion aren’t the only considerable new investments in the area.

On the flipside of Target, a $100-million project by Star Metals District developer The Allen Morris Company is taking shape across 6 acres. Plans there call for 337 apartments and enough retail space for a coffee shop and wine bar, which are also expected to cater to employees of Children’s Healthcare of Atlanta, as well as Emory University.