For proof the Atlanta BeltLine need not be paved to become a development magnet, look no further than Milton Avenue in southeast Atlanta.

There, at the confluence of Peoplestown, Chosewood Park, and South Atlanta, nearly 1,000 new housing units have delivered in the past year within a few steps of the BeltLine’s unpaved Southside Trail corridor. (Another 250 rentals, all reserved as affordable housing, are under construction in a mid-rise project called Skyline Apartments next door.)

The BeltLine section in question—the Southside Trail’s Segments 2 and 3—is tied to federal funding and the federal-level construction process. According to BeltLine leadership, it’s not expected to be bid for construction until September 2023, which means it likely won’t open for another three years, in the best-case scenario.

Nonetheless, 909 rental townhomes and apartments have come to market since last fall within a couple of blocks of Milton Avenue’s BeltLine intersection, claiming previously industrial land that was either empty or underused. Hundreds of affordable housing units (and no shortage of surface-parking spaces) are among them. 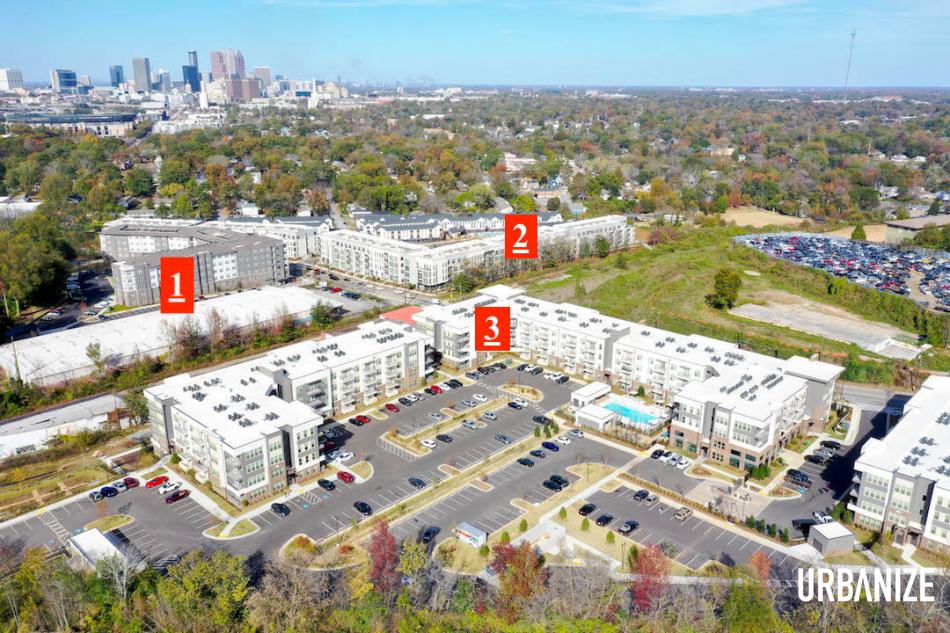 2. The largest housing addition in the area is RangeWater Real Estate’s Maverick, which has brought 435 housing units to what was formerly vacant land in Peoplestown.

Maverick consists of 325 apartments and another 110 townhomes, ranging from studios up to four-bedroom, multi-level dwellings. All studios at Maverick are currently rented, so the cheapest option is a 700-square-foot studio for $1,500, per the community’s website.

Maverick reps have called the unpaved BeltLine’s “gritty personality” in the area a selling point.

1. The 55 Milton apartments replaced three commercial buildings with 156 units. A ribbon-cutting for the Prestwick Development Company project was held in May.

According to the Georgia Department of Community Affairs, 55 Milton’s rentals are reserved for tenants earning 50 to 80 percent of the area median income—with 18 units set aside for people trying to overcome homelessness.

City permitting records indicate a coffee shop and bar called Peoplestown Coffee was recently approved for an alcohol license on the property.

3. Last but not least, a project called Verge Apartments is now leasing across the rough BeltLine corridor in Chosewood Park.

The Verge’s 318 units claimed a former warehouse facility that had been turned into a paintball course. Rents start with 628-square-foot studios priced from $1,555 monthly.

Swing up to the gallery for drone photography taken this week that helps illustrate all of the above.