Marketed to renters at all of life’s stages, one of the largest private ventures to date along the Atlanta BeltLine corridor is fully coming to life in Peoplestown.

The RangeWater Real Estate project—called Maverick, but not involving jet fights—has brought a variety of 435 housing units to what was formerly vacant land along the BeltLine’s Southside Trail corridor.

Maverick’s location is just east of Milton Avenue, about five blocks south of Summerhill. It joins a groundswell of new housing along the Southside Trail corridor—including apartments, for-sale condos, and pricier single-family homes—as developers have rushed to capitalize on land deals before the area’s BeltLine segments are paved.

Maverick reps have called the unpaved BeltLine’s “gritty personality” in the area a selling point. 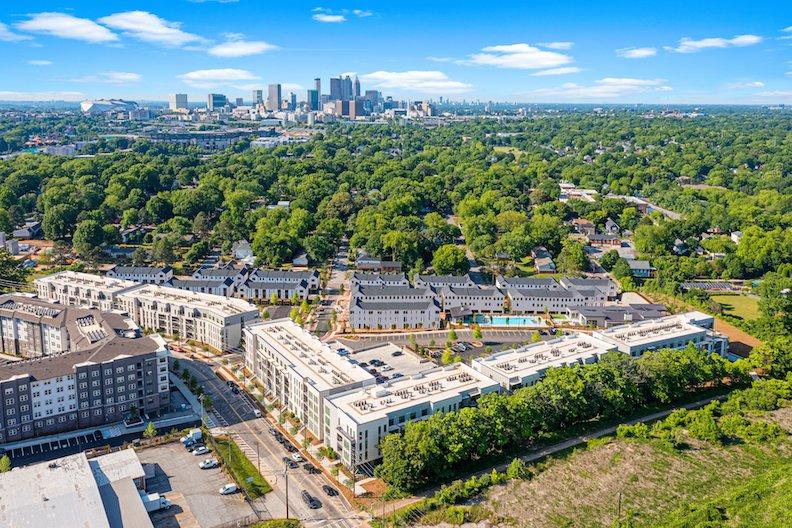 A portion of the site has frontage along the Southside Trail’s Segment 3, stretching between Milton Avenue and Boulevard, which is in design but not expected to break ground until late next year. D.H. Stanton Park is also next door, and Grant Park’s The Beacon is about a block away, as the crow flies.

Maverick is offering 325 apartments and another 110 townhomes, ranging from studios up to four-bedroom, multi-level dwellings, per the project’s website. Leasing efforts began in earnest last fall.

Some units priced between $1,208 per month (studios) and $1,553 (two-bedroom flats) have been offered through the Atlanta Workforce Program, per the project’s marketing team.

Overall, the community has offered 49 apartments for households earning less than 80 percent of the area median income. The rent also can’t exceed 30 percent of the applicant’s annual income. 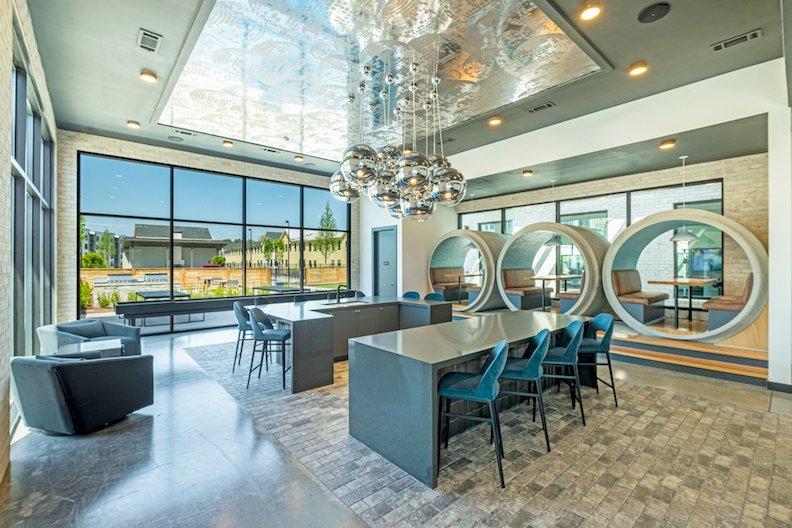 Otherwise, 525-square-foot studios start at $1,475 monthly. The largest options offered to date—three-bedroom townhomes with 1,481 square feet—start at $2,825 per month.

The target demographic? “[Renters] of all life stages, from graduate students and young professionals to families and empty-nesters,” as marketing materials stated last year.

Visit the gallery for a closer look at how this infill community, like many others in the area, has changed a swath of underused southside land.