One of the first new multifamily ventures to pop up along the Atlanta BeltLine’s Southside Trail corridor has entered a new phase of construction in hopes of continuing gangbuster sales despite rising construction and home costs.

Pratt Stacks is a hub of four-story condo buildings that’s been coming together for four years along the southern, formerly industrial fringes of Grant Park, across the street from The Beacon, a vibrant food, beverage, and retail district.

The Providence Group project started opening in late 2018 and logged the most ITP condo sales in both 2019 and 2020, according to real estate consulting firm Haddow & Company’s bi-annual report.

Sales reps announced recently that Pratt Stacks II—the second and final phase—has started coming to market as construction on another six buildings (for a total of 20, per site plans) moves ahead. 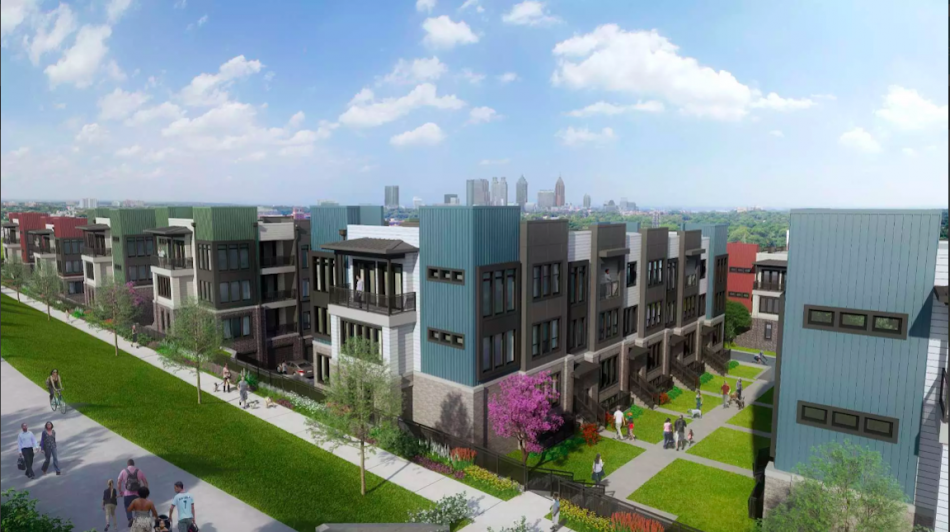 The developer's interpretation of how the community is expected to meet the BeltLine's Southside Trail in coming years.Courtesy of Pratt Stacks/The Providence Group

Each unit in phase two will be a single story with two bedrooms and living spaces described by one project rep as “VERY large.” Expect 72 more condos total, each with modern-style exteriors and interiors called luxurious.

“The first building is finishing sheet rock, and starting trimming cabinets,” wrote a Providence Group rep via email. “We’re about 30 to 45 days [from] where you can see the finishes. Construction should be completed in August.”

The site's 20-building layout, with the second phase in the top left corner. Courtesy of Pratt Stacks/The Providence Group

Perks of living at Pratt Stacks, per the developer, include multiple access points to the Southside Trail corridor.

The BeltLine segments immediately south of the condos recently received a significant boost of federal funding but are expected to be the last built.

Sections of the Southside Trail just east of the condos, leading from Boulevard around to Ormewood Park, could be built and open in mid-2023, as BeltLine officials told Urbanize Atlanta in January. 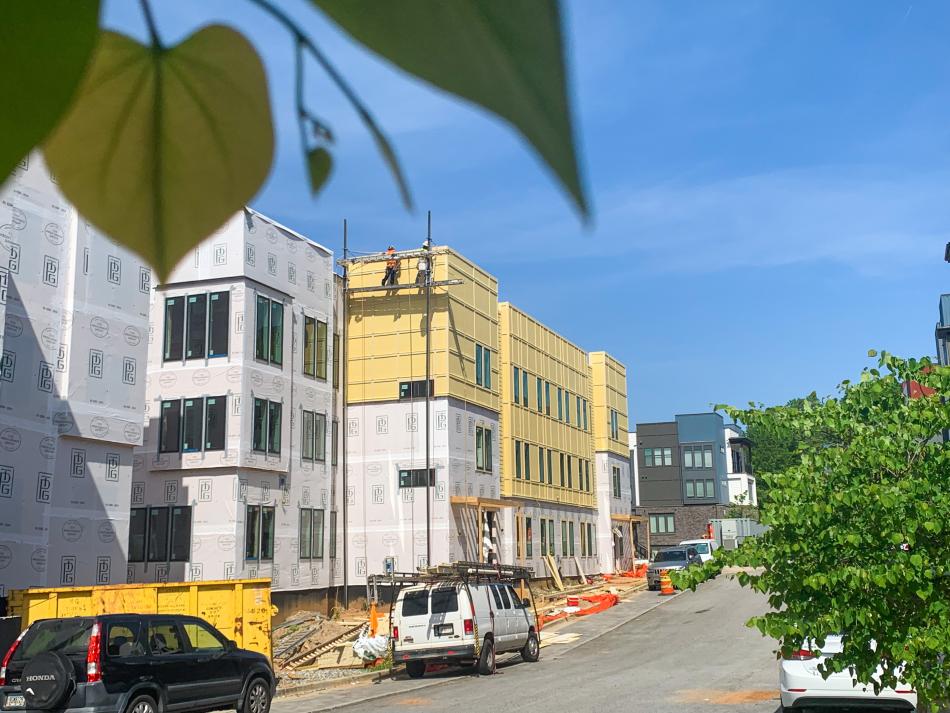 Construction of Pratt Stacks' second phase in Grant Park as seen in recent days. Courtesy of The Providence Group

Each phase-two condo will have an open floorplan, balconies off the kitchens described as spacious, and private garages. Common areas include a pavilion with a bar, and two fire pits, but no pool.

The same builder is behind the Views on Ponce townhouses near Ponce City Market and the townhome component at the $40-million Westside Village.

Collectively, Pratt Stacks is the largest ITP condo venture built south of Interstate 20 in years, and the biggest in the immediate area since the hilltop condo community from 2006 at 1195 Milton Terrace SE in Chosewood Park next door. It joins a development boom along the Southside Trail corridor that’s shown few signs of abating.

Have a closer look at where this unique offering of for-sale BeltLine condos stands today in the gallery above.

• Next to Zoo Atlanta, why is this gorgeous new building still empty? (Urbanize Atlanta)