A literal wrecking ball has taken whacks at a dated, 1990s Marietta shopping center as the first step in creating what developers say will be a reborn retail district with the walkable vibes of older, suburban city centers.

North American Properties officials were joined last Thursday by Cobb County Board of Commissioners members for a groundbreaking to celebrate the demise of Avenue East Cobb’s initial incarnation.

The shopping center has grown long in the tooth and outdated in terms of functionality, but it remains a source of nostalgia for people who grew up in, or frequently visited, affluent East Cobb in years past. NAP’s stated goal since acquiring the property—now called “AEC” for acronymic style—is to create a "downtown" experience the area has always lacked. 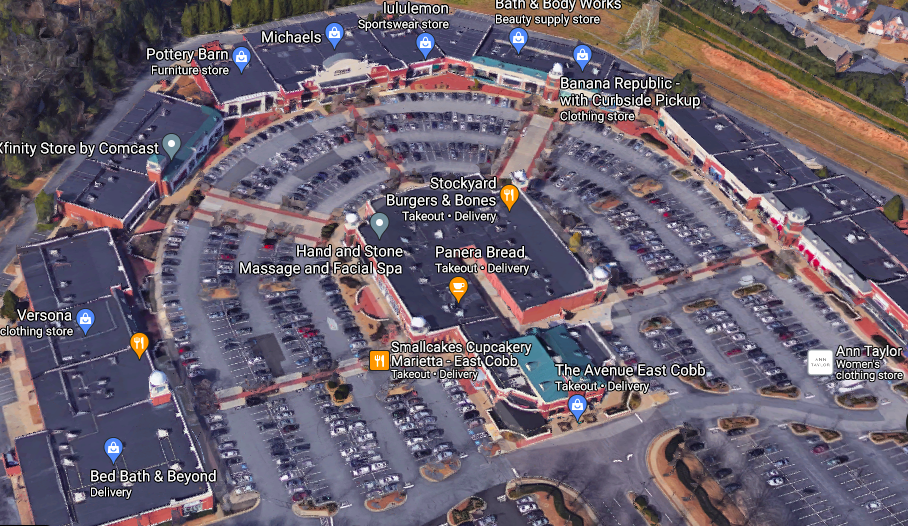 An aerial of the Marietta shopping center developed in 1999 by Cousins Properties showing several of its existing brands, prior to recent demolition. Google Maps

NAP, the developer behind Atlantic Station’s transformation, Avalon’s development, and Colony Square’s $400-million redo, has partnered with PGIM Real Estate on the deal. Another objective is to craft a curated, Avalon-style experience that engages and impresses guests “through an infusion of five-star hospitality and experiential programming,” as designed by Phillips Partnership and Site Solutions, NAP officials have previously said.

The 230,000-square-foot retail district, located off Roswell Road near the Fulton County line, was developed by Cousins Properties in 1999 as the first in a series of similar projects around the metro that offered an open-air alternative to traditional malls. Heavy on parking lots, that experience has since grown to typify, if not scream, 1990s retail development. 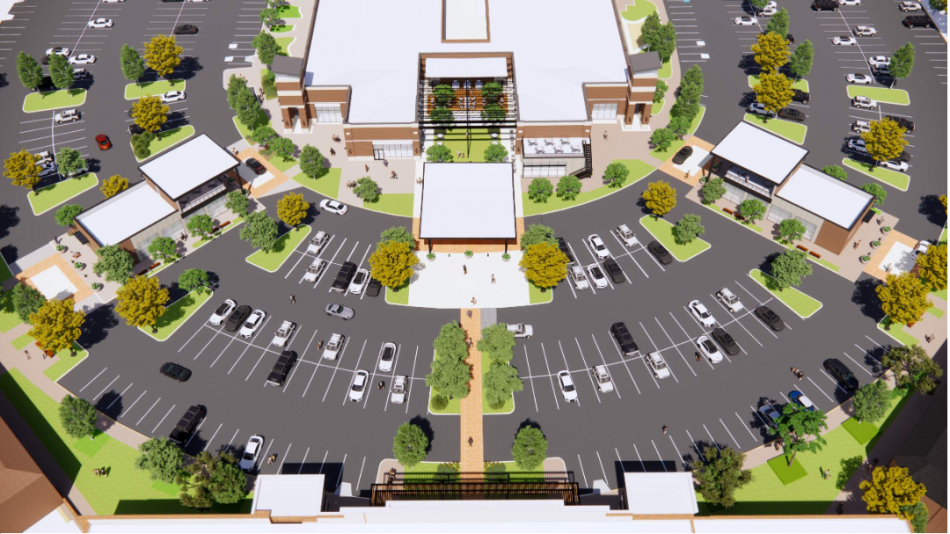 The changes, as we pointed out when finalized renderings emerged last month, should certainly make the outdoor lifestyle center more inviting, but a full-blown, mini-city overhaul like what’s planned at North Point Mall in Alpharetta (a much larger property) this is not.

The first slate of new tenants includes an 1,800-square-foot Warby Parker eyeglasses location, scheduled to open in November; a 2,500-square-foot New York Butcher Shoppe, also due in November; and a 2,800-square-foot Tempur-Pedic sleep products showroom on tap for next spring. Those join a new family-owned coffee and sweets shop, Vanilla Café, and pop-up Kendra Scott.

Plans call for demolishing a portion of a central building to create an 8,000-square-foot plaza surrounded by restaurants, patios, and a raised stage, where more than 100 events are expected to be held annually. 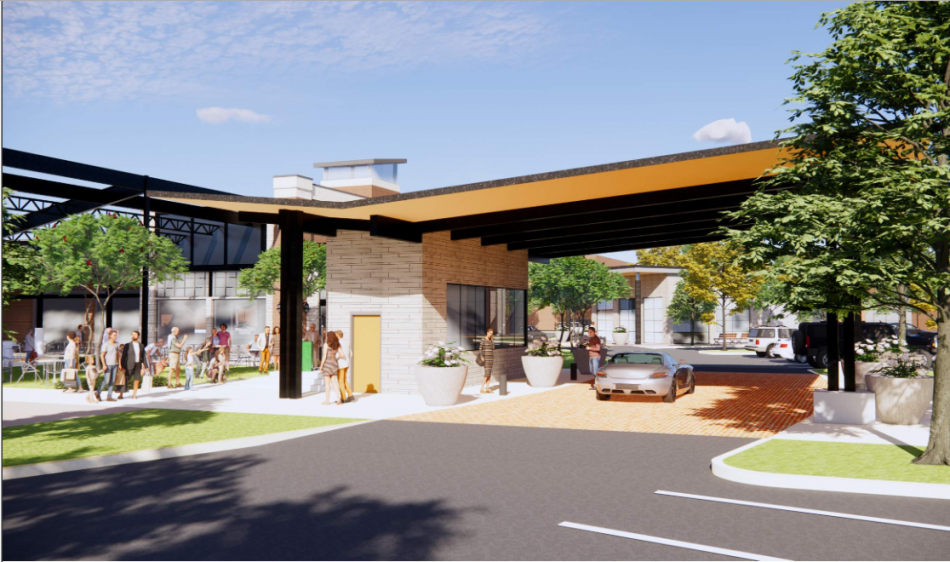 Connected to that plaza space, a 500-square-foot Concierge building offering “access to resort-level services” will be built, in the spirit of NAP-developed Avalon. Nearby, two jewel boxes—standalone restaurant or retail spaces with 2,500 square feet each—will be constructed on what’s currently surface parking.

As developers reported in August, Atlantic Station-esque, pre-development alterations at AEC had begun months ago. NAP installed property-wide music, increased security, instituted a uniform staff dress code, regulated tenant hours to be consistent with each other, and made daily street-sweeping and pressure-washing mandatory, among other changes.

NAP officials—whose revival projects outside metro Atlanta include Newport on the Levee in Newport, Kentucky and the Birkdale Village in Huntersville, North Carolina—have described AEC as a “high-performing asset” to this day. Several national brands will remain, including Williams Sonoma, Pottery Barn, Lululemon, and Sephora.

Head to the gallery above for a look at the Avenue’s—sorry, AEC's—current conditions and under-construction future plans.