There’s nothing like the playoff atmosphere of professional sports to bring out hometown pride in Atlantans—even when they’re defending a place built by one of the metro’s most controversial developers.

For anyone living in a cave or returning from an off-the-grid North Georgia camping trip, the surging Atlanta Braves captured a 2-0 lead in the National League Championship Series against the Los Angeles Dodgers over the weekend. Which means the Bravos are two wins away from appearing in the World Series for the first time since 1999, when veteran All-Star Freddie Freeman was 10 years old.

But before the two walk-off wins transpired, longtime Los Angeles Times sports scribe Bill Plaschke besmirched the Braves’ mixed-use confines, The Battery, and the separately developed stadium in a way that still has people talking.

During Saturday night’s Game 1 at Truist Park, Plaschke observed that the atmosphere in the “sterile shopping-mall Atlanta stadium” was akin to an inconsequential game in the spring, and that the “most excitement is discussion of [a] post-game trip to Waffle House.” 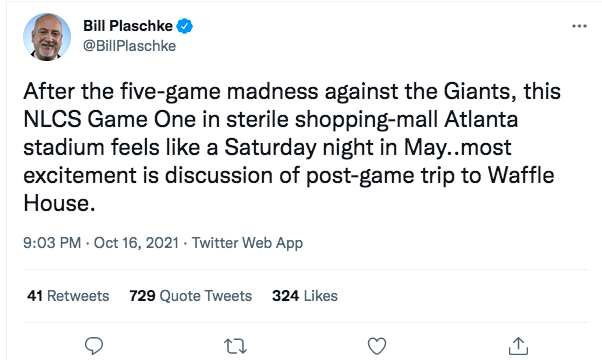 The Battery bills itself as “Atlanta’s Premiere Entertainment District.” That might be true after a playoff win, but otherwise would probably be disputed by anyone who’s not a Smyrna property owner or member of the Cumberland CID.

Nonetheless, with an open-container policy, rollicking music venue, multifaceted nightlife complex (with bull-riding), and local brands that run the gamut from Sugarboo and Co. to Terrapin beer, does the environment really recall the sterility of a shopping mall? 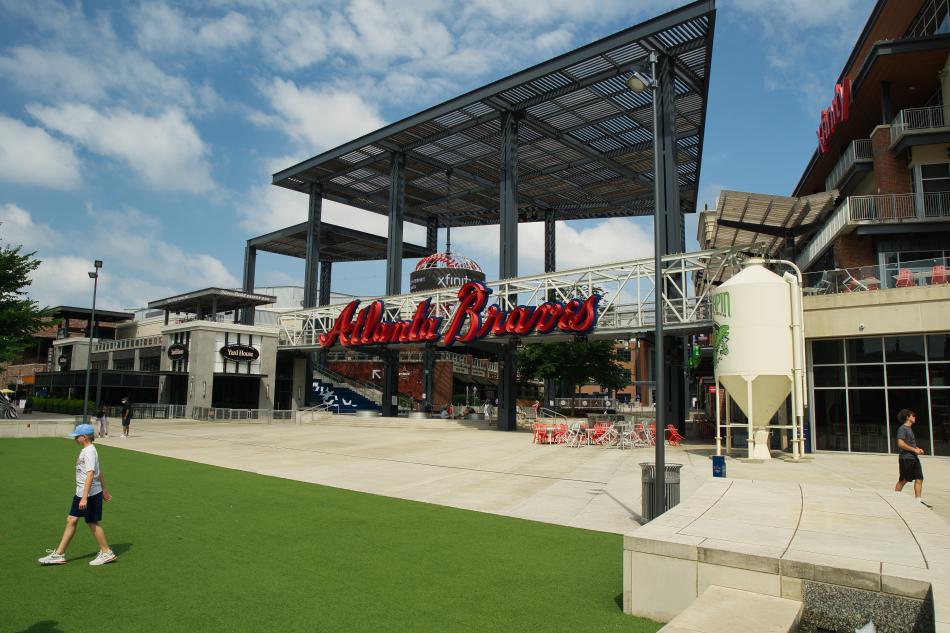 A green outside Truist Park where national brands co-mingle with Georgia-based offerings such as Terrapin Beer Company, Fox Bros. B-B-Q, and Sugarboo and Co.Shutterstock

The Braves ruffled the feathers of intown diehards when they secretly opted to relocate the team to clear-cut forestland beside Cobb County interstates (and to bring on Fuqua Development as The Battery’s builder), but that’s all dusty history by now.

With the resurgence of Summerhill’s formerly moribund commercial district, the Braves’ move to the Perimeter is beginning to look more like a win-win with each passing year.

Common retorts to Plaschke’s diss from Braves or general Atlanta faithful involved tweeted criticisms about the vast surface parking lots around Dodgers Stadium, or the reporter’s apparent blindness to the spirit in and around Truist Park. (It’s worth noting the Dodgers’ 56,000-seat ballpark from 1962—the third oldest in Major League Baseball—did receive a $100-million facelift last year, but the parking lots remain.)

One Atlanta homer went another route, pointing to real estate prices in the ATL versus la-la land: “They’re just jealous that can you get a one-bedroom condo here for $200,000 instead $2 million.” 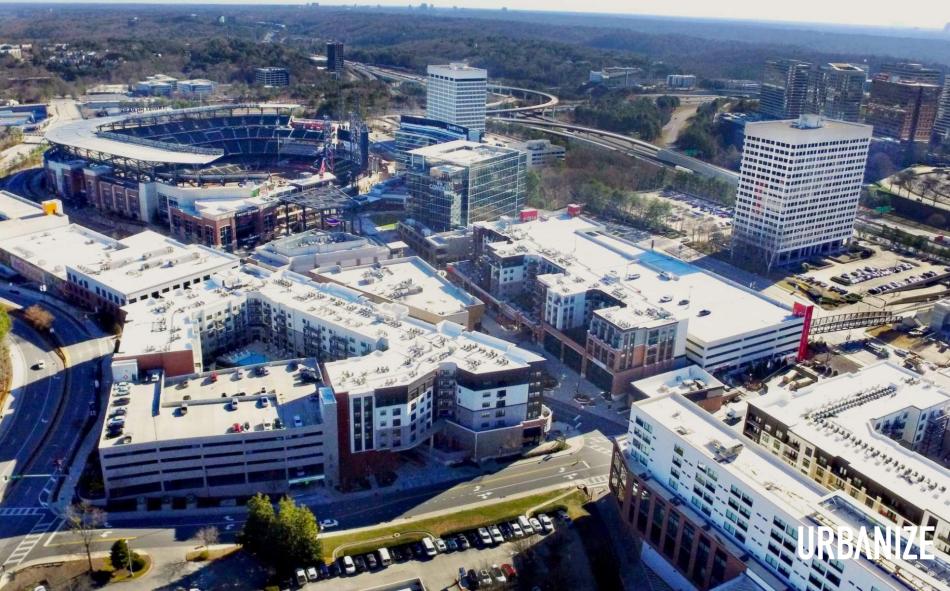