Now, the north Fulton County city can add another distinction to its wall of prestige: It’s one of the priciest places for renting, on average, across the entire U.S.

That’s according to a new Rent.com analysis tracking the individual cities (not metro areas) with highest rents from coast to coast, based on increases between June 2021 and last month. The study took into account the average rents for one and two-bedroom units in the apartment search engine’s vast database, excluding cities with less than 50,000 residents.

For better or worse, Alpharetta is the only city in Georgia to crack the top 100—and one of just six in the Southeast that aren’t in Florida, according to Rent.com. 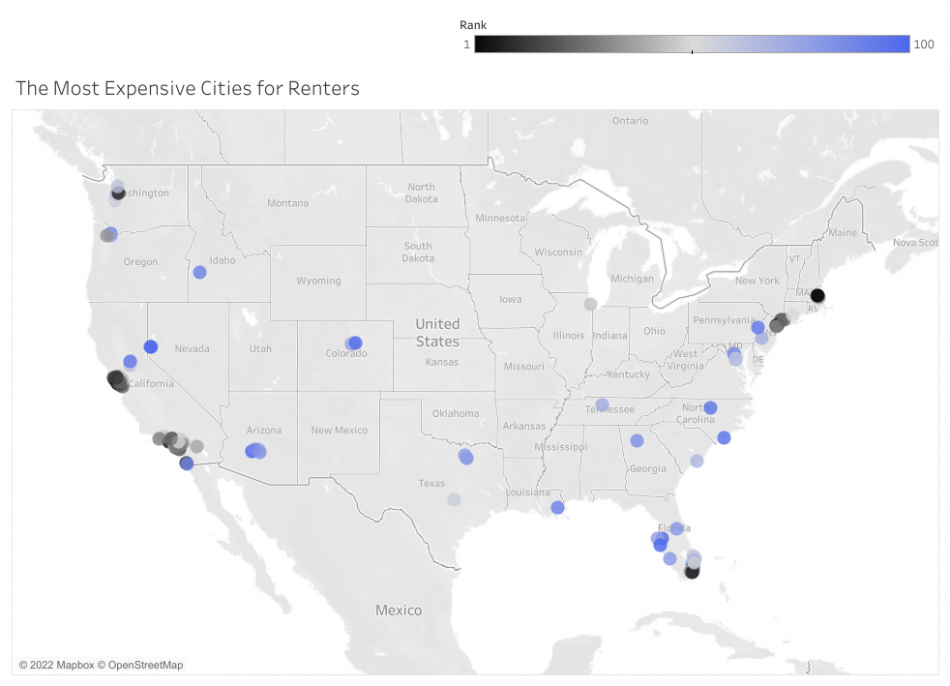 But dropping $2,000 per month on rent in what’s arguably Atlanta’s most prestigious suburb (sorry, Cartersville) could still seem like a relative bargain when compared to cities higher on the list.

It’s probably no coincidence Alpharetta charted in the top 20 earlier this year of another national study, STORAGECafé’s “The Best U.S. Suburbs For City-Like Living,” which took into account everything from shopping and dining options to quality of schools.

Alpharetta counts about four and ½ stores and three restaurants per 1,000 residents. Roughly 58 businesses (and growing) were counted for every 1,000 residents, and Alpharettans have relatively high earnings of around $114,000 annually, per household, according to the earlier analysis.

Not surprisingly, Rent.com found that rents have increased across the country in the past year—but the highest spikes have occurred in western and southern states, many of those with warm climates.

Twenty-eight of the top 100 priciest renter cities are in the South right now, but more than half of those are in just one state: Mississippi. (We’re kidding—it’s Florida.)

In fact, Coral Gables, Fla., clocked in high at No. 6 on the list, following a year-over-year, 43-percent explosion in rents to $4,310 on average, per month—or more than twice Alpharetta’s cost of renting.

That’s still small potatoes compared to the priciest rental city in the land—Jersey City, located across the Hudson River from Manhattan—where rents have ballooned by 66 percent to $5,500 monthly right now.