Known for its densifying City Center and relatively pricey housing, the North Fulton County city of 68,000 charted in the top 20 of a new STORAGECafé study, “The Best U.S. Suburbs For City-Like Living.”

Alpharetta joined Gwinnett County’s Suwanee in the analysis’ top 25—not too shabby—and four metro Atlanta cities in the top 100 overall.

Researchers working with STORAGECafé, an online service for storage spaces, pulled data from sources such as the U.S. Census, Yardi Matrix, Department of Education, FBI, and Trust for Public Land to determine which places offered the best combo of “sought-after suburban atmosphere and the benefits of big-city living.”

More than 1,000 American suburbs were considered around the country’s 100 most populated cities.

Criteria included housing affordability (or the opposite of that), prevalence of restaurants and shopping, crime rates, median household income, and public schools rankings.

All things considered, Alpharetta scored as the 19th-best suburb in the U.S. when it comes to striking a balance between city feel and suburban safety and breathing room. 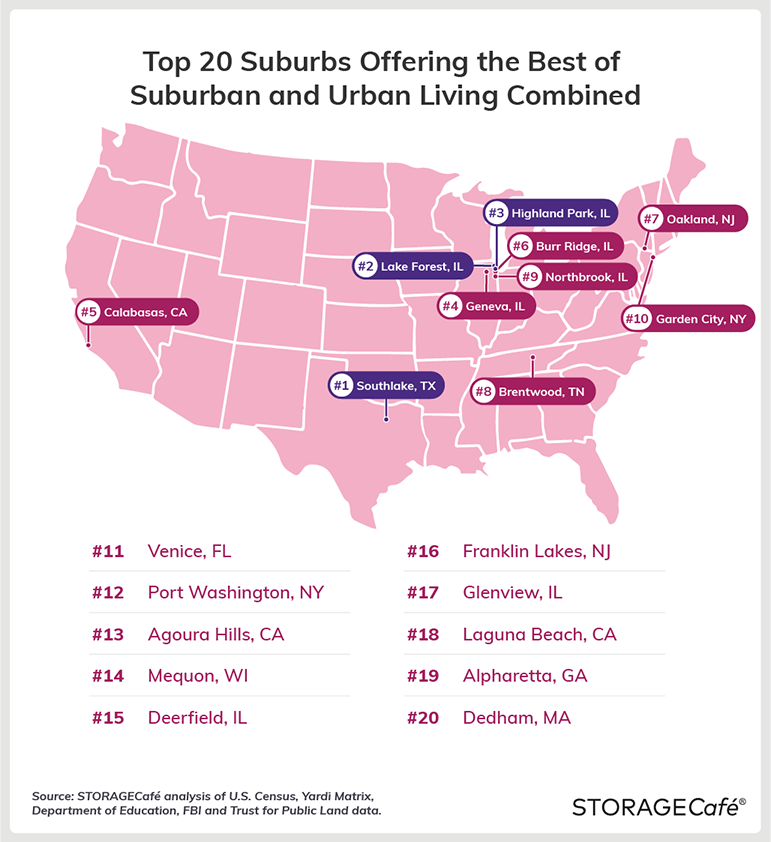 In terms of city-like aspects, Alpharetta counts about four and ½ stores and three restaurants per 1,000 residents. Roughly 58 businesses (and growing) were counted for each 1,000 residents, where employees bring in more than $65,000 annually, according to the analysis.

Alpharettans have relatively high earnings—around $114,000 annually, per household—and “relaxed surroundings” that come with a relatively low population density across the city (2,438 people per square mile), per the study. (For reference, the City of Atlanta is about 60 percent denser overall.)

The Dallas suburb of Southlake took the top slot, while Chicagoland 'burbs were listed as half of the top 10 choices. 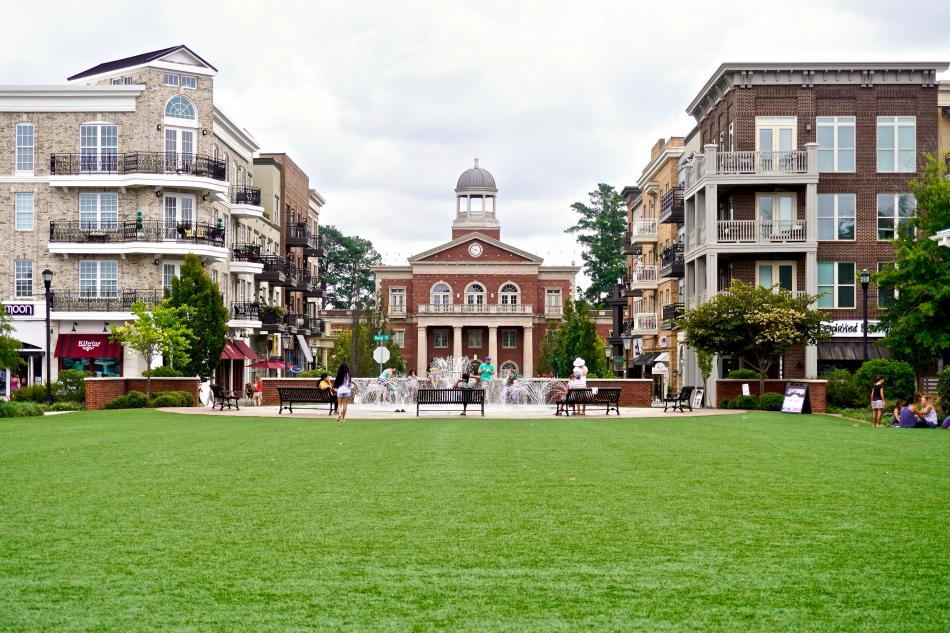 Alpharetta has attracted consistent buzz in post-recession years—and hundreds of millions in outside investment—with the advent of 86-acre mini-city Avalon and the BeltLine-esque Alpha Loop multi-use trail project.