An innovative housing venture is coming together in the shadow of Atlanta’s airport that project leaders say is setting a new bar in several ways.

Called the South Park Cottages, the College Park project is described as the first Black-developed micro-community in the United States. With 29 units, it’s also the largest micro community in Georgia. And it’s offering a path to homeownership for a diverse clientele, per developers, as metro Atlanta’s median home sales prices have ballooned by 70 percent in the past five years to the $400,000 range.

Hardly a typical tiny-home enclave (nothing has wheels, and all options span two stories), South Park Cottages is designed to promote walkability, neighborliness, and an appreciation for modern design in a verdant setting. The 3-acre site is located on Godby Road near the junction of interstates 85 and 285, about 13 miles south of downtown. 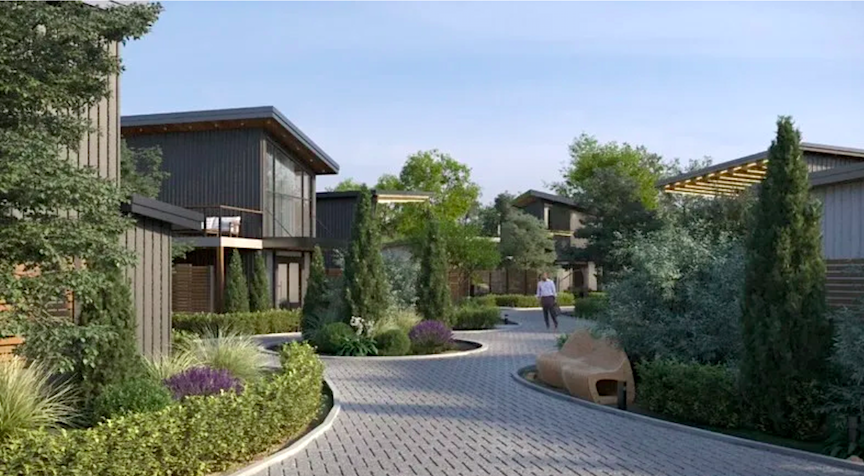 Project developer Booker Washington, a Southwest Atlanta native and head of Techie Homes, recently told Atlanta News First that South Park Cottages’ 29 homes are expected to be finished by Christmas this year—and that the multi-million-dollar venture was entirely crowdfunded.

Floorplans range between 335 and 615 square feet, and each manages to include a full kitchen, bathroom, lofted sleeping area, and living space. (Upgrades including solar, ceiling speakers, and smart-home tech are offered.) 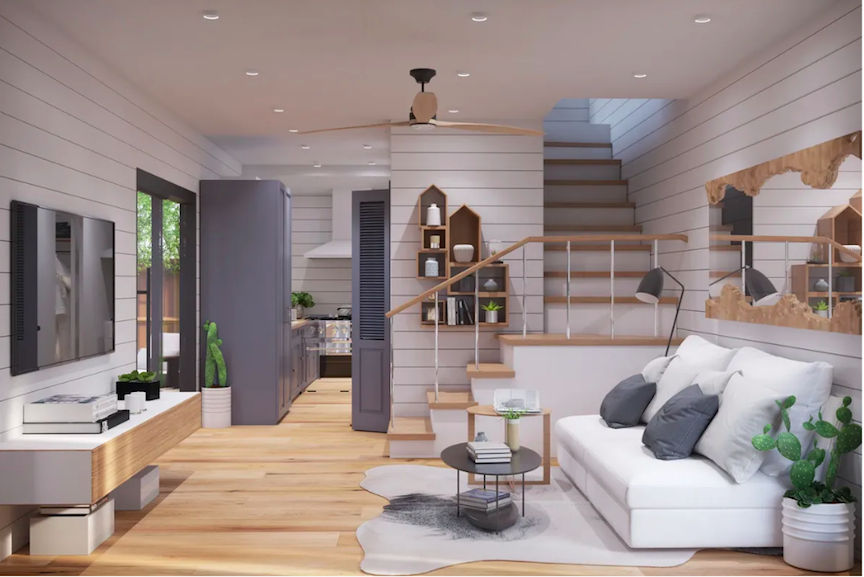 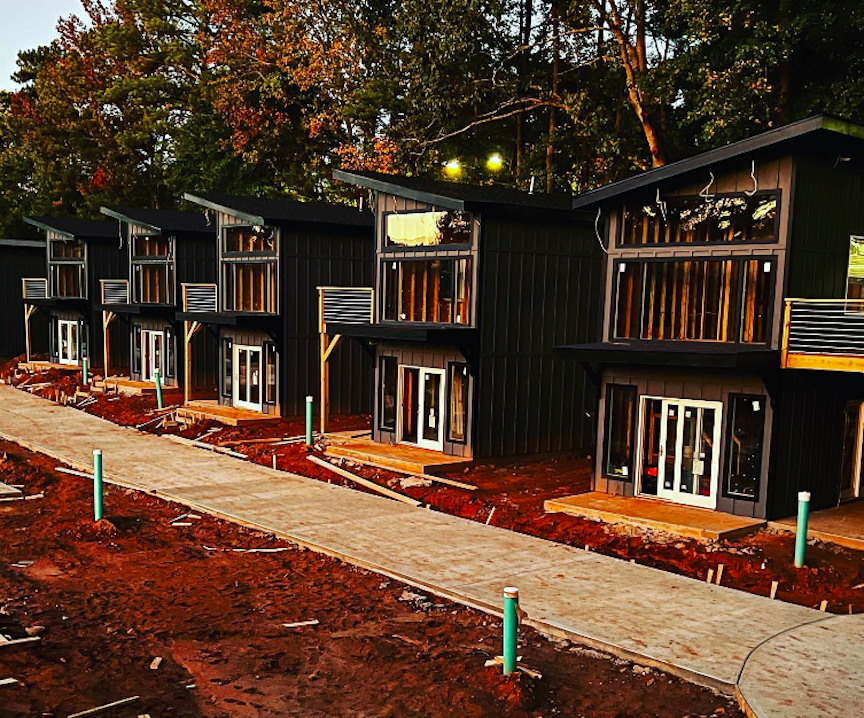 All South Park Cottage options have sold out, with prices between $190,000 and $230,000, or about half of what the average house is fetching across the metro right now, according to project leaders. Washington told the news station a similar concept will be coming soon in Union City.

Washington said the broader goal is to democratize homeownership, and that seems to have panned out as some buyers were Gen Z first-timers, along with a couple of investors and new transplants to Atlanta. Head up to the gallery for a project breakdown and glimpses at how the finished product is expected to look.